Ariana Grande got everyone’s attention after she was spotted leaving a Los Angeles-based studio with her ex, Big Sean, behind the wheel.

A source shared with E! News on Friday, that the 25-year-old singer was photographed in the front passenger seat of a car with her ex driving away from the studio earlier in the week. It is unclear at this point what led to the meet-up after the popular duo split four years ago.  (RELATED: Ariana Grande Explains Why She Only Dates Famous Men)

The pair reportedly remain still on good terms after breaking up in April 2015. (Pete Davidson Blocks Ariana Grande On Social Media: ‘You’re Not Good For My Health’)

At the time they called it quits, sources shared that their busy schedule was a big cause for the split.

“They made the decision to part ways because their conflicting touring schedules would keep them apart over the next year,” a source shared. (RELATED: Ariana Grande Reveals One Version Of ‘Thank U, Next’’Was For Marrying Pete Davidson)

“Ariana and Big Sean have had a great relationship and they are still very close friends and will remain in each other’s lives,” another insider explained. “It hasn’t been easy though with both of their busy schedules lately and they know it’s going to get even harder in the next few months. This was really difficult for them to publicly call it quits, but they thought it would be better this way, so people know there is no bad blood between them at all.” 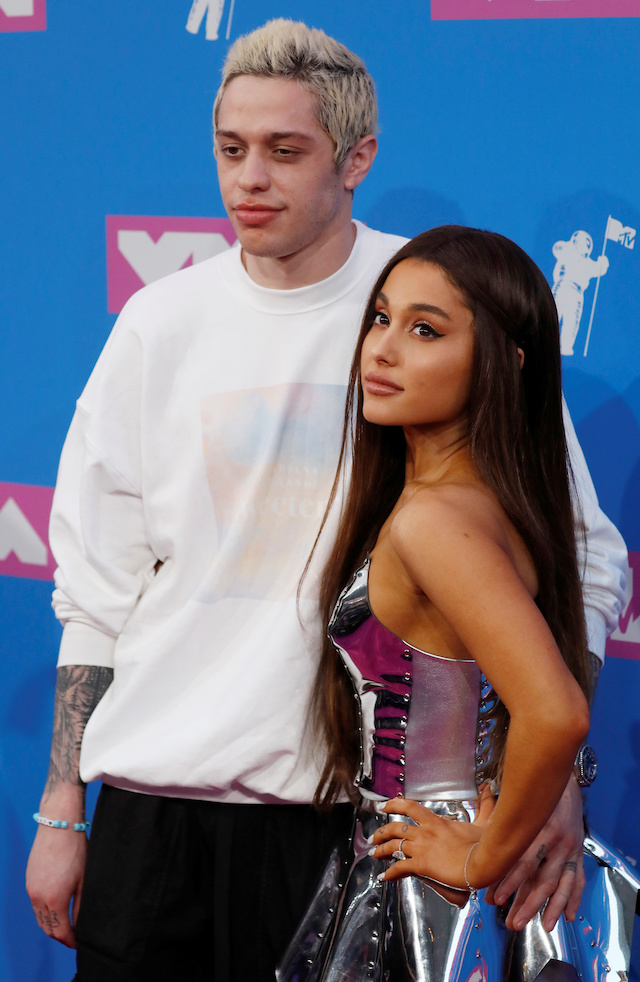 The rapper is even one of the exes the “God Is A Woman” hitmaker mentions on her extremely successful hit “Thank U, Next.”

The line goes as follows: “Thought I’d end up with Sean / But he wasn’t a match.”

“I had sent [the song] to Sean and he loved it. He loved it,” Grande explained in a recent interview. “It was very funny. He was like, ‘D–n, I’m the first one, huh?’ And I was like, ‘I mean, you know, I went kind of in order.’ He was very supportive, he loved it.”

As previously reported, the “7 Rings” hitmaker made headlines last year after she broke off her brief engagement in October to Pete Davidson. Since that time, the “Saturday Night Live” star has been spotted multiple times with actress Kate Beckinsale.