Vermont Independent Sen. Bernie Sanders revealed that he doesn’t plan to go to former Secretary of State Hillary Clinton for advice as the 2020 presidential approaches election during his appearance on ABC’s “The View” Friday morning.

“I’m not enthusiastic to go back to 2016, but I think in some ways, she didn’t reach out to working-class people the way I think she should have,” Sanders said when asked about why Clinton lost to President Donald Trump.

“There were states where she did not campaign as vigorously as she should have, in Wisconsin, Michigan, maybe some other states, but that was 2016. In my view, Donald Trump is the most dangerous president in modern American history,” he continued.

“Can I interject really quickly though? We’re hearing about a lot of Democratic candidates who are meeting with Hillary Clinton for advice, though, so people like [Minnesota Sen.] Amy Klobuchar. Do you think you’ll do the same?” Meghan McCain asked.

As McCain noted, Klobuchar and Clinton spoke about her run before the Minnesota congresswoman officially announced her candidacy last month. (RELATED: Amy Klobuchar Ate A Salad With A Comb)

Sanders answered, “I suspect not. Hillary has not called me. Look, we have differences. Hillary has played a very important role in modern American politics.” 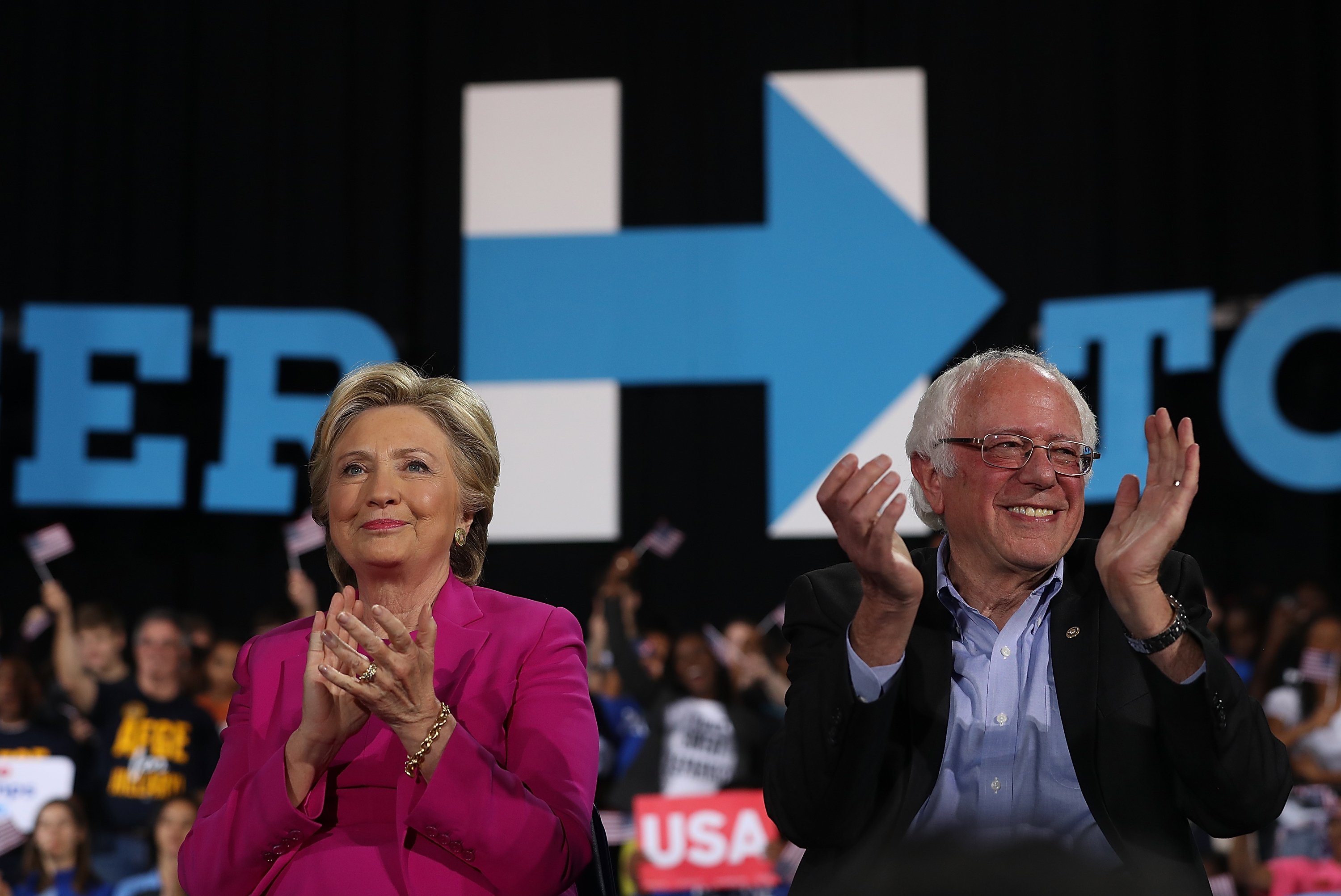 “But, you’re not interested in any advice from her?” McCain followed up.

“I think not. . . . I think every Democrat is going to come together. Let me say what I’ve said before. I hope to be the Democratic nominee and have the support of the whole Democratic Party behind me,” Sanders responded. “If I am not and somebody else is, I will support that candidate.”

Earlier this week, former Clinton staffers mocked Sanders for demanding the Clinton campaign pay for him to fly privately while campaigning for her in 2016.

Sanders’ campaign spokesman retaliated, saying, “[Clinton is] one of the most disliked politicians in America.”