White House counselor Kellyanne Conway said Friday the Trump administration’s strategy to address aspects of the opioid crisis is a “natural extension” of President Donald Trump as “the most pro-life president in American history.”

“This crisis is indiscriminate by age as well. … [Opioids are] legally prescribed and that tiny little bottle can be deceptive,” Conway said at the Conservative Political Action Conference near Washington, D.C. “The issue is the overprescription. I’m happy to say that under the president’s leadership in concert with state governors and state health officials … much of the overprescription is starting to melt away.”

Conway touched on the wide-reaching bipartisan legislation to combat the opioid epidemic that Trump signed in October as well as how the growing prevalence of opioid overdose reversal drug naloxone is saving lives.

“The first lady, Mrs. Melania Trump, is very committed to the NAS babies,” she said. “One in 100 babies born every day in this country are already exposed or chemically dependent on some type of drug or substance. That’s 150 babies each day, struggling to take their first breaths. Since we have the most pro-life president in American history, this is a natural extension of that.” 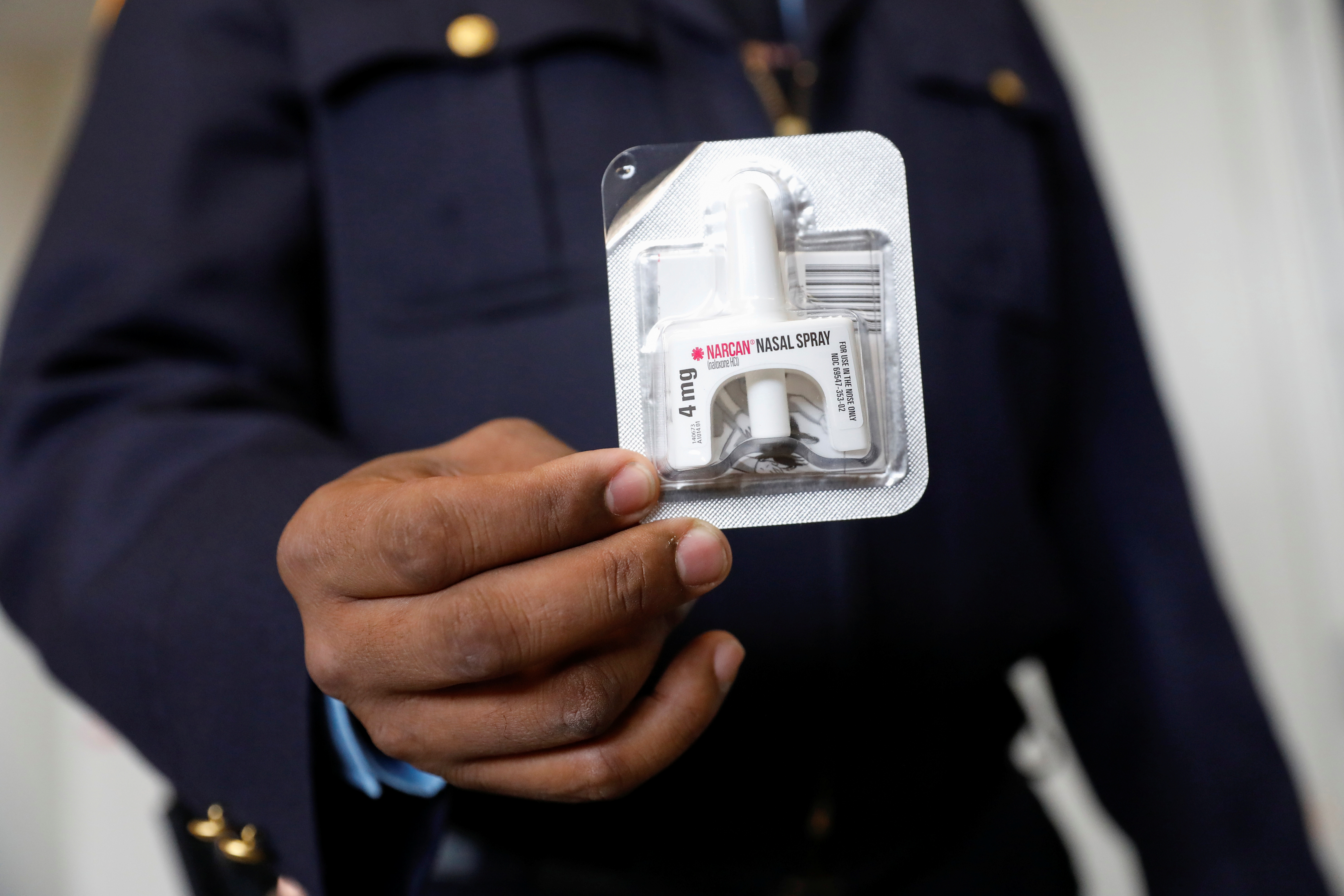 Corrections officer Anthony Willingham displays Naloxone nasal spray, part of an opioid anti-overdose medicine kit for inmates to take with them upon release, before a training session for inmates at the Queensboro Correctional Facility in Queens, New York, U.S., April 9, 2018. REUTERS/Shannon Stapleton

“We’re trying to make every day Take Back Day, so people don’t have to have pills sitting around for six months,” Conway said. “The National Safety Council provides ways to the public to dispose of these drugs safely and legally.”

Conway’s conversation on the opioid crisis came just days after the Food and Drug Administration (FDA) announced Tuesday that it plans to introduce new measures on the issue “ranging from new dosage forms to small-quantity packaging and new research requirements on drugmakers,” reported The Wall Street Journal.

There have been roughly 200,000 prescription opioid-related overdose deaths since 1999, according to ProPublica.