The Watergate scandal involved the break-in and bugging at the Democratic National Committee’s (DNC) headquarters in the Watergate complex of Washington, D.C., in 1972 and subsequent cover-up. The people who broke in were associated with Nixon’s reelection campaign and were trying to wire-tap the DNC’s phones before getting arrested, according to History.

Nixon, a Republican, was seeking reelection during a time when the country was divided over the U.S.’s involvement in the Vietnam War. Becoming president again in 1972 would mean having a strong, aggressive campaign. But the strategy turned out to be illegal surveillance.

Nixon was called an “unindicted co-conspirator” because the jury did not know if the president could be indicted, according to History. He eventually released the tapes that gave evidence of being involved with the scandal Aug. 5, 1974.

One of the secretly recorded conversations between Nixon and Haldeman, known as the “Smoking Gun,” showed the president trying to interfere with the FBI’s investigation into the June 1972 break-in. 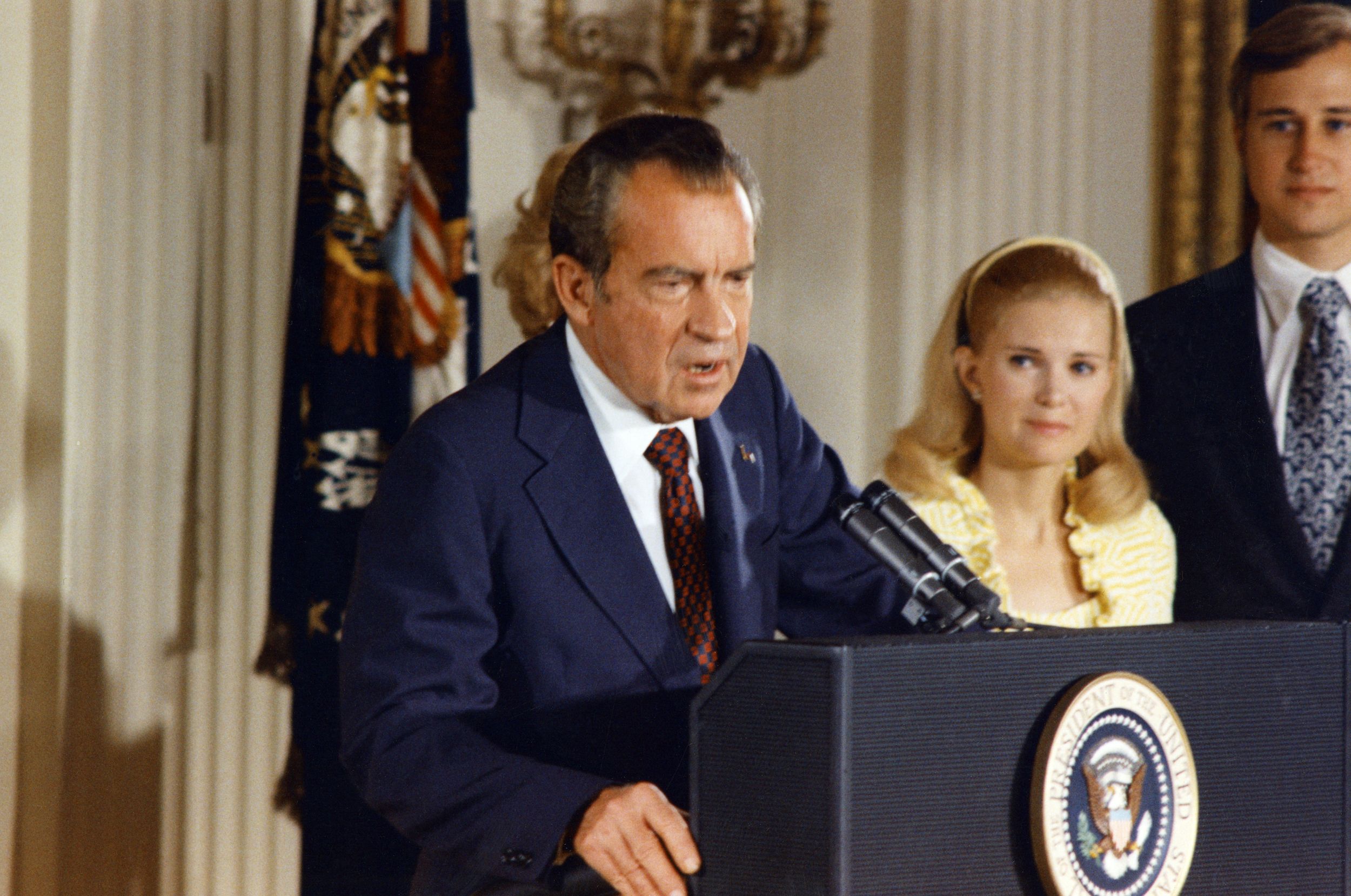 File photo dated 09 August 1974 of the 37th President of the United States, Richard Nixon, as he bids farewell to the White House staff. WHITE HOUSE/AFP/Getty Images

Mitchell, Haldeman, Ehrlichman and Colson spent varying times in prison, with 19 months being the most, according to The Washington Post. Mardian was overturned on appeal, Strachan had criminal charges dropped in 1975 and Parkinson was acquitted.