Democrats are eyeing another line of attack against President Donald Trump after a report Wednesday that he ordered his senior adviser, Jared Kushner, be given a top-secret security clearance in 2018.

“Stunning. The President overruled the concerns of his Chief of Staff, his [White House] Counsel, the FBI, [and] the CIA to grant his son-in-law access to our most sensitive national security secrets,” Democratic Connecticut Sen. Richard Blumenthal wrote on Twitter Wednesday. “Then the President [and] his lawyer lied about it to the American people.”

Blumenthal’s tweet included a link to The New York Times story, which cited “four people briefed on the matter,” claiming Trump ordered his former Chief of Staff John Kelly to grant Kushner, the president’s son-in-law, the clearance in May 2018.

Mr. Trump’s decision in May so troubled senior administration officials that at least one, the White House chief of staff at the time, John F. Kelly, wrote a contemporaneous internal memo about how he had been “ordered” to give Mr. Kushner the top-secret clearance.

Kushner had access to top-secret information in the early days of the administration through a temporary security clearance, but lost access to information above “secret” level intelligence in February 2018. Kushner was granted permanent security clearance in May after a year of background checks. (RELATED: John Kelly Battles Jared Kushner Over Access To Classified Information)

Wednesday’s report contradicts Trump’s claim in January that he did not have a role in Kushner receiving a clearance.

Kushner’s “clearance had been held up in part over questions from the F.B.I. and the C.I.A. about his foreign and business contacts, including those related to Israel, the United Arab Emirates and Russia,” according to a report by The Times citing “multiple people familiar with the events.”

Kushner had faced criticism when he did not disclose a meeting with former Russian ambassador Sergey Kislyak while applying for a clearance, according to The Times. Kushner’s lawyer called it an error. 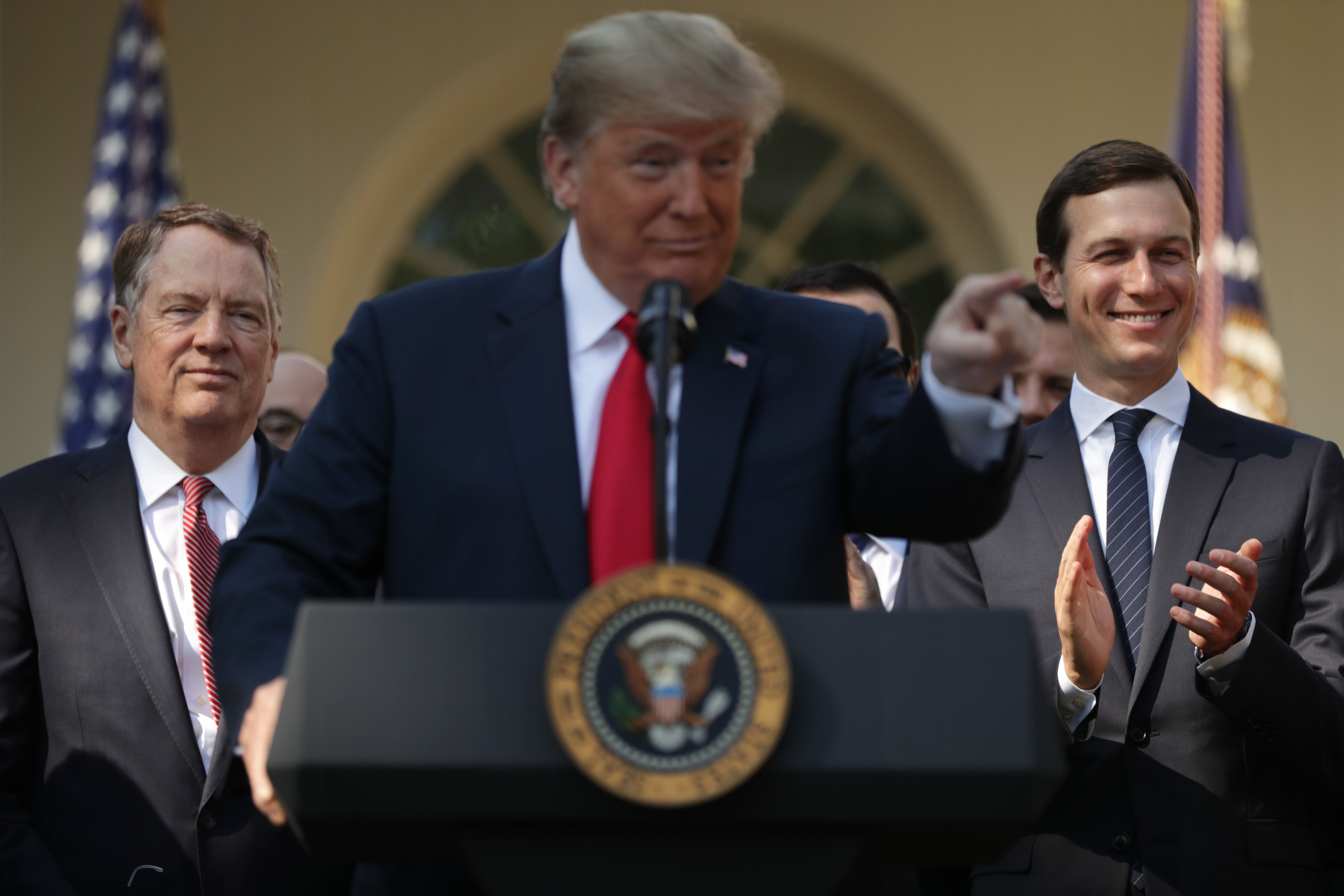 U.S. Trade Representative Robert Lighthizer (L) and Senior Advisor to the President Jared Kushner (R) join U.S. President Donald Trump as he holds a press conference to discuss a revised U.S. trade agreement with Mexico and Canada in the Rose Garden of the White House on October 1, 2018 in Washington, DC. (Photo by Chip Somodevilla/Getty Images)

“In 2018, White House and security clearance officials affirmed that Mr. Kushner’s security clearance was handled in the regular process with no pressure from anyone,” spokesperson Peter Mirijanian told CNN in a statement. “That was conveyed to the media at the time, and new stories, if accurate, do not change what was affirmed at the time.”