He was reacting to CNN’s Oliver Darcy, who wrote about conservative commentator Michelle Malkin‘s speech at CPAC. “PAC crowd applauds — and some stand — as @michellemalkin attack’s Paul Ryan, Bush family, and the ‘ghost of John McCain.'”

The Secret Service is not allowing coffee or Juuls through security.

Who gets to speak at CPAC and who doesn’t

“How #CPAC2019 works: [Michelle] Malkin, who opposed Trump’s election, gets her own speaking slot because now she cheerleads him on everything. [Ann] Coulter, who supported Trump when even Fox News wouldn’t, is shunned because she doesn’t excuse his immigration shortcomings.” — Eddie Scarry, commentary writer, The Washington Examiner.

“You guys. I may be getting the most adorable beagle on the planet. She was rescued from an animal testing lab. If this happens I am going to buy her all of the things and spoil her so rotten to make up for all the bad things people did to her. I’m so excited.” — Cassandra Fairbanks, reporter, The Gateway Pundit.

This journo has great respect for…

“The people I respect the most in life are the people who take the time to name and organize their screenshots so they can relitigate grudges years later.” — Ben Dreyfuss, editorial director, Mother Jones.

Atlantic White House correspondent to everyone: MAKE UP YOUR MIND

“A quick note to those who frequently follow me, and then seem to unfollow me when I don’t return the favor, only to follow me again a few days later: Please make up your mind. I’m tired of the notifications.” — Elaina Plott, White House correspondent, The Atlantic.

Lust. A rabbi. And Pam Anderson

“Australian media tour for my new book ‘Lust for Love’ co-authored with Pamela Anderson.” — Rabbi Shmuley Boteach. The full title is: LUST for LOVE: Rekindling Intimacy and Passion in Your Relationship.

In Amazon’s promo: “Married couples have sex, on average, once a week — and for about ten minutes. Sex has become so trivialized, coarsened, and vulgarized that married couples no longer feel its pull.”

“I accidentally ran out of body wash while showering so had to use some Fancy Soap I got in a gift bag one time. I think I might be a Fancy Soap guy now. Please send recommendations of good Fancy Soap.” — Logan Dobson, pollster, data guy, digital guy.

Journo weirdly goes off on his own hairdo 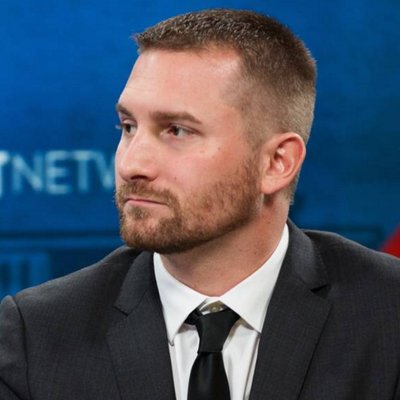 “At this point in my life I feel fairly certain I will go to my grave never having had anything that can be described as a hairstyle.” — John Ladarola, host, The Young Turks. When a suggestion was made that he has a crew cut, he replied, “I feel like that isn’t a hairstyle. It’s what you must overcome to have a hairstyle.” Continuing on about his own hair, he wrote, “It barely meets the definition of hair. It has the lifespan of a common fruit fly. I attack it more aggressively, and more quickly, than I do an ignorant, racist Trump comment.”

Let’s hope NBC doesn’t screw up and yank Brian Williams from MSNBC’s “The 11th Hour.” But with good ratings…they might feel the need to do something dumb. Find out which anchor could lose his slot to him. Here.

A Capitol Police lieutenant left his gun… in the bathroom at the Capitol Visitor Center. Here.

Presidential hopeful Sen. Cory Booker (D-N.J.) doesn’t know a margarita from a Long Island Iced Tea. The news surfaced in an interview with BuzzFeed‘s “AM to DM.” Booker’s comms director actually got in touch with Mediaite to explain that senator doesn’t drink. Which is painfully obvious. But really, you don’t have to drink to know what’s in a margarita. Here. And here. (RELATED: Cory Booker Says Meat Eaters’ Days Are Numbered)

Slate writer apoplectic over a world with no clouds. Here.

“Here’s what Trump and Kim were going to eat for lunch before the lunch was abruptly cancelled without explanation.

Political reporting in the middle of the night

“Something is going on in Hanoi — White House tells reporters that the press conference is being moved up by two hours and @DavidNakamura reports that a joint signing ceremony with Trump and Kim Jong-UN now seems less likely.” — Peter Baker, NYT.

“U.S. official details that what Kim Jong Un wanted was to lift ALL economic sanctions imposed by the UN since March 2016 but not sanctions specifically targeted at WMD production. So, basically, all of the sanctions that have been putting the squeeze on him.” — John Roberts, White House correspondent, Fox News.

“While you’ve been made to get on your knees by @TeamPelosi why don’t you just stay there.” — Nancy Lee Grahn, actress, ABC’s “General Hospital.” Rep. Matt Gaetz (R-Fla.) has since apologized for tweeting at Michael Cohen on Tuesday night, the night before Cohen would testify before Congress that he should tell his wife about his girlfriends: “Do your wife & father-in-law know about your girlfriends? Maybe tonight would be a good time for that chat. I wonder if she’ll remain faithful when you’re in prison. She’s about to learn a lot…”

Gaetz felt the need to tell the world he apologized

“I’ve personally apologized to @MichaelCohen212 4 referencing his private family in the public square. Regardless of disagreements, family members should be off-limits from attacks from representatives, senators & presidents, including myself. Let’s leave the Cohen family alone.” — Gaetz.

Gaetz told Trump he was glad to help

Edward-Isaac Dovere works for The Atlantic.

President Trump called @mattgaetz last night from Hanoi to talk the Cohen testimony and the threats (since rescinded) Gaetz made about Cohen.
“I was happy to do it for you. You just keep killing it,” Gaetz was heard telling him.
(Gaetz told me he doesn’t discuss calls w/POTUS)

“But you still need to explain how you, as an adult, could have said something so gross, horrendous, threatening and insensitive and something that’s such blatant witness tampering. Are you blinded by being a member of the pro-Trump cult?” — Steven Greenhouse, former labor reporter, NYT.