The nomination of Neomi Rao to the U.S. Court of Appeals for the D.C. Circuit exposed oft-ignored fissures within the right-wing legal establishment, aggravating social conservatives who feel their priorities have been unfairly eclipsed.

GOP Sen. Josh Hawley of Missouri was the most vocal Rao-skeptic among Senate Republicans, divining from her scholarly writings possible support for progressive landmarks like Roe v. Wade. Rao is sometimes associated with libertarian legal scholarship, and rumors as to her private social views, though unconfirmed, circulated widely in the capital.

For all its vaunted power, the conservative legal movement is not a single entity. Rather, it is a network of intellectual fellow-travelers whose views and priorities diverge, sometimes quite sharply.

“The Federalist Society is a huge tent,” Josh Blackman, a professor at South Texas College of Law, told The Daily Caller News Foundation of the country’s leading conservative legal group. “It’s often portrayed as this monolithic machine that pumps out judges like you’re making sausage. There are wide, vast disagreements within the Federalist Society.”

Those chasms often follow the traditional divide between conservatives and libertarians. Blackman speculated that Hawley’s apprehensions about Rao reflect continued unease among social conservatives about their marginal position in the legal establishment.

“I think Hawley is trying to highlight that the social conservatives aren’t getting enough due,” Blackman said. He went on to express fear that social conservatives will abandon legal methods they once embraced, like originalism, in favor of overt litmus tests, if they conclude those theories are no longer useful for their ambitions.

Professor Adrian Vermeule of Harvard Law School agreed that social conservatives are becoming less interested in legal method and more interested in pure results. He cited growing skepticism of free market ideology and a feeling of betrayal on issues like abortion as driving the religious right’s reorientation.

“I think the real reason social conservatives are becoming more oriented to results is simply mistrust of the corporate, libertarian wing of conservatism,” Vermeule told TheDCNF. “And that mistrust emphatically extends to judicial nominees.”

Hawley seemed to apply just such a litmus test Sunday night, when he told Axios he would only support nominees who have “a strong record on life.” The senator later clarified that he did not mean to impose a single-issue assessment.

The senator’s particular concern with Rao was her view of a legal theory called substantive due process, one topic on which libertarians and social conservatives are divided. Broadly speaking, substantive due process holds that the Constitution protects certain rights which its text does not explicitly mention, like privacy.

Though dubious of its application to matters like abortion, many libertarians embrace substantive due process, arguing it protects rights deeply embedded in the nation’s history, such as liberty of contract. Conservatives are skeptical of it to varying degrees, fearing it allows judges to fashion new constitutional rights at will. (RELATED: Media Groups Alarmed By Justice Thomas’s Call To Revisit Landmark Free Press Ruling)

Rao met privately with Hawley on Wednesday. Describing that session at a Thursday meeting of the Senate Judiciary Committee, Hawley said Rao promised to interpret the law as written, not in view of evolving cultural standards. Hawley said he would support her confirmation given that guarantee, while insisting he would vigorously vet judicial nominees. 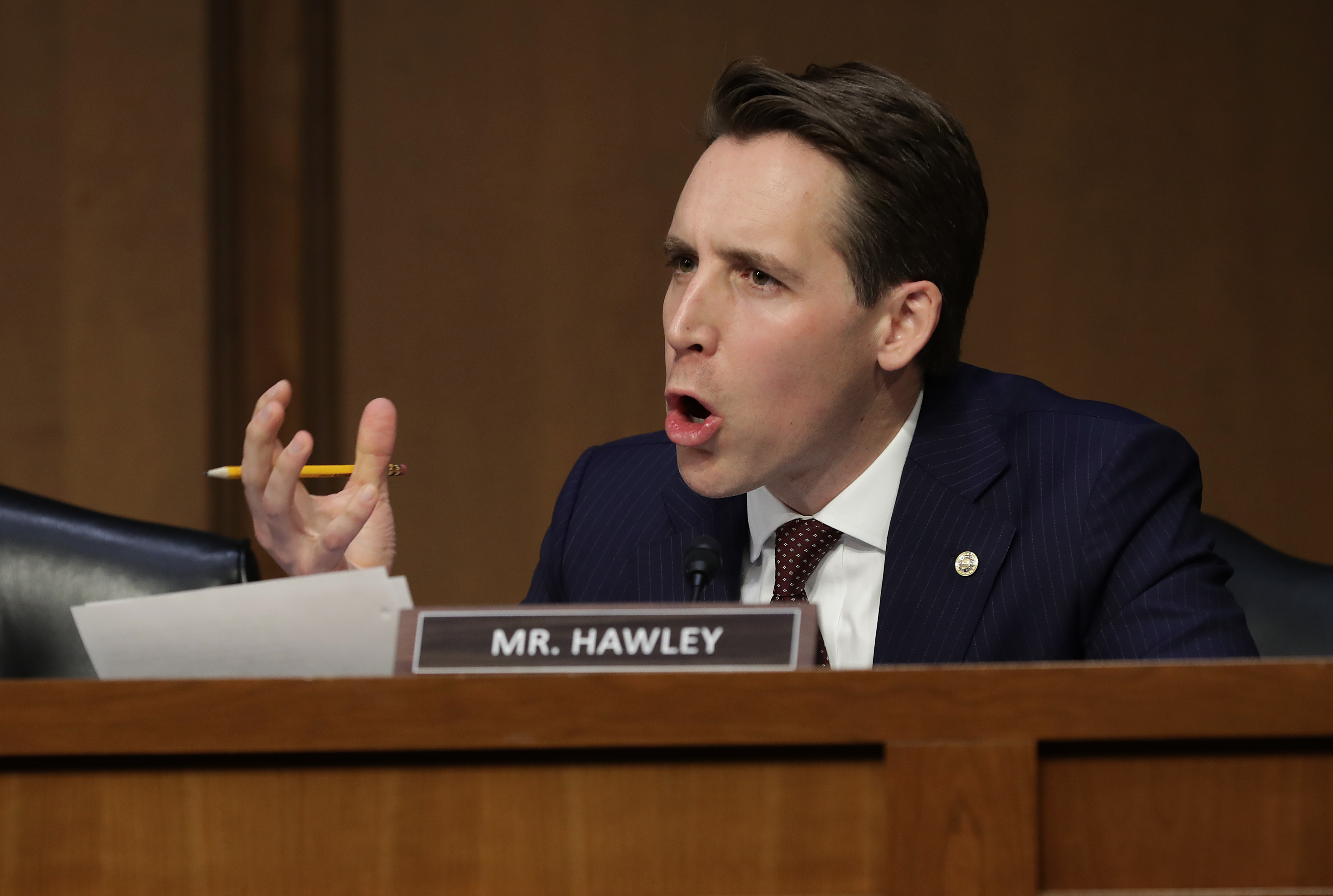 GOP Sen. Ted Cruz of Texas seemed to share Hawley’s concern. During Thursday’s hearing, Cruz suggested he would oppose Rao were she ever nominated for the Supreme Court.

“My assessment might be very different if this were consideration for the Supreme Court and not for the D.C. Circuit,” Cruz said.

Professor Carl Tobias of the University of Richmond School of Law said he could not recall lawmakers so conspicuously tanking a nominee’s career prospects in recent years.

“The comments were gratuitous and unnecessary, so maybe they were trying to send some kind of signal,” Tobias said.

Wavering Republican support for Rao necessitated the intervention of Justice Clarence Thomas, who is something of an ecumenical figure on the legal right. The justice spoke with at least two Republican lawmakers about her nomination, according to The Washington Post. Rao clerked for Thomas on the Supreme Court after graduating from the University of Chicago Law School.

Though the justices sometimes act as patrons for their clerks, Tobias said it is unusual for a member of the Court to speak with senators about a pending nomination.

“It does seem rare for justices to meet privately with senators to discuss nominations to the federal bench,” Tobias told TheDCNF. “However, they could be valuable references on issues like intelligence, ethics, diligence and temperament, crucial qualities for federal judges.”

All told, Vermeule said the intra-party scuffle over Rao proves the purchase of social conservatism as a political force.

“I see the Rao episode as a kind of victory for social conservatives,” Vermeule said. “Her prospects for the Supreme Court are now quite dim.”