Justice Ruth Bader Ginsburg wrote the majority opinion in two Supreme Court cases decided Monday, bringing her total output for the current term to four, higher than any of her colleagues.

The justice continues to produce opinions at a steady clip, despite a two-month convalescence following her December 2018 surgery for lung cancer.

Ginsburg returned to the Supreme Court on Feb. 19. The justice missed the Court’s entire January sitting and was not seen publicly for a six-week period, prompting wild conjecture as to her supposedly ailing condition.

Two cancerous nodules were removed from Ginsburg’s left lung at the Sloan Kettering Memorial Cancer Center in December 2018. Her physicians have since said that the procedure, called a pulmonary lobectomy, was successful and there is no remaining evidence of disease.

Both of Ginsburg’s Tuesday decisions touched rather dry subjects. The first asked whether a $30,000 award for lost wages is taxable under the Railroad Retirement Tax Act. Ginsburg led a seven-justice majority which found that it is, over a dissent from Justice Neil Gorsuch. The respondent in that case, Michael Loos, collected the award after he injured his knee on the job.

The second opinion, which was unanimous, concerned when a plaintiff can bring a suit for copyright infringement. Ginsburg was not present when that case was heard on Jan. 8, though Chief Justice John Roberts indicated she would participate by reading a transcript of the oral argument. (RELATED: Kavanaugh Warns Of ‘Pure Discrimination’ As Supreme Court Denies Church Bid For Historic Preservation Funds)

A typically brisk opinion writer, Ginsburg has released the first majority opinion of the term for three years running. 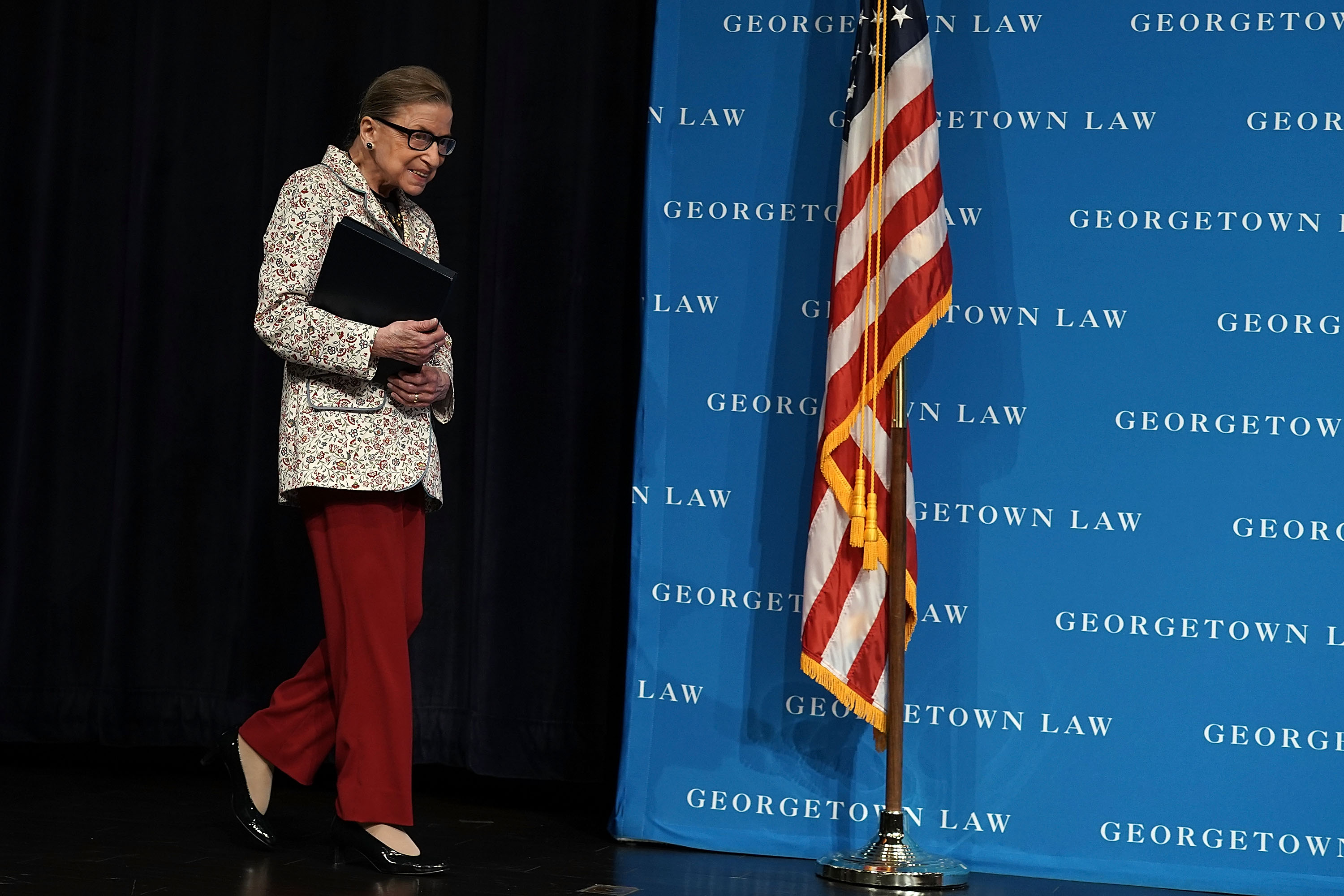 Justice Clarence Thomas, at three rulings, has written the second-most majority opinions at this juncture, while Justice Samuel Alito has yet to produce a single one. Each justice generally writes seven or eight majority opinions per term.

Ginsburg will turn 86 on March 15, when the justices will next meet in conference to discuss pending matters.