Paul told a group of reporters on Capitol Hill that he thinks 10 Senators will vote for Texas Democratic Rep. Joaquin Castro’s resolution, which the Texas Democrat believes will would end Trump’s national emergency.

Rand Paul tells reporters he thinks there are 10 Republican senators who will vote against the emergency declaration. pic.twitter.com/jjunBtM6YE

This comes as Paul said he will join a group of three Republicans who have expressed concerns with Trump’s declaration for a national emergency, saying they do not believe the president should be allowed to override Congress to such a degree Saturday.

“I can’t vote to give extraconstitutional powers to the President,” Paul said, to the Bowling Green Daily News Saturday. “I can’t vote to give the President the power to spend money that hasn’t been appropriated by Congress,” he continued. “We may want more money for border security, but Congress didn’t authorize it. If we take away those checks and balances, it’s a dangerous thing.” 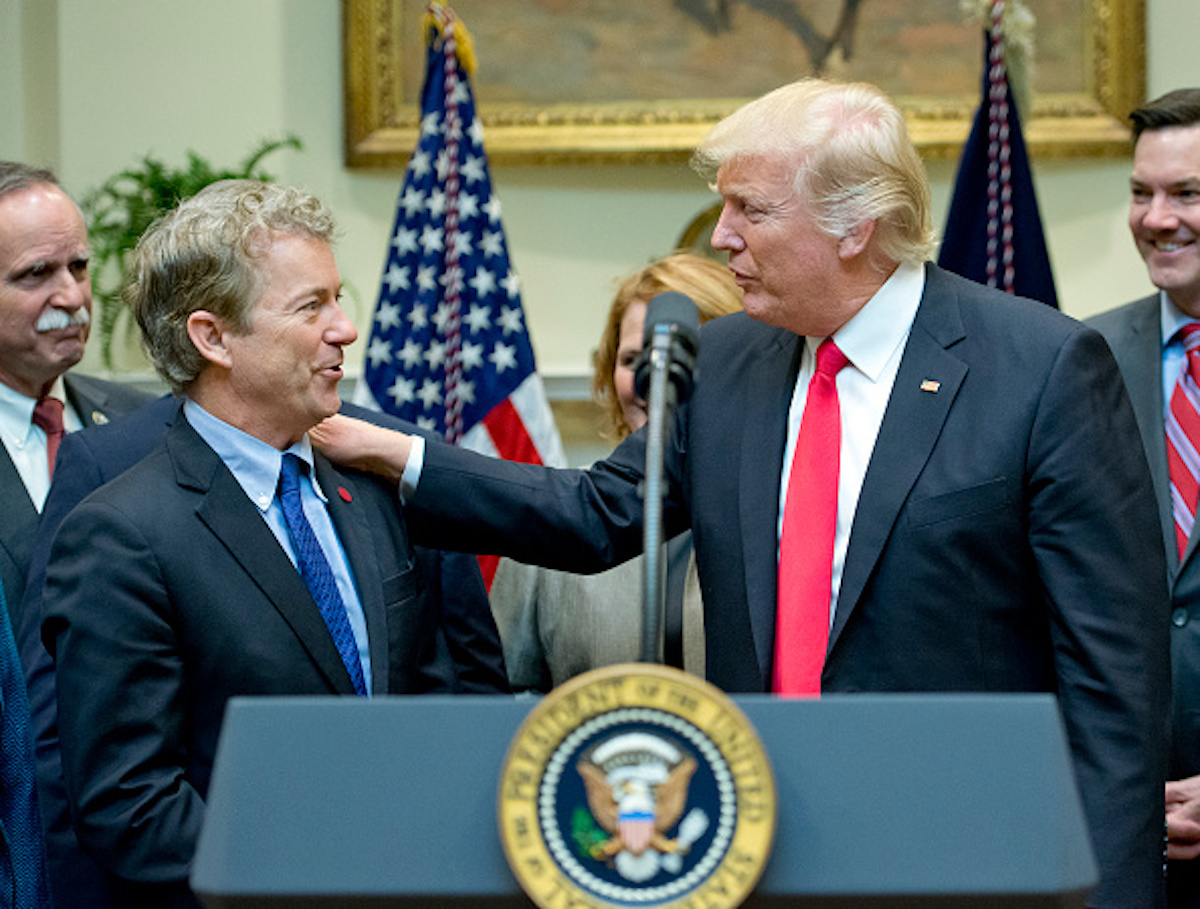 President Donald Trump, right, acknowledges US Senator Rand Paul, left, prior to signing H.J. Res. 38, disapproving the rule submitted by the US Department of the Interior known as the Stream Protection Rule in the Roosevelt Room of the White House on February 16, 2017 in Washington, DC. (Photo by Ron Sachs-Pool/Getty Images)

Republican Sens. Lisa Murkowski of Alaska, Thom Tillis of North Carolina and Susan Collins of Maine are in the group of three.

Speaker of the House Nancy Pelosi sent a letter to her colleagues Thursday, telling them they need to “move swiftly to pass this bill.” (RELATED: Rand Paul Will Vote Against Trump’s National Emergency Declaration)