In an early morning car-ramming attack, two Israeli soldiers were wounded—one of them seriously—in the northern West Bank on Monday, according to The Times of Israel. Two of the three occupants in the car were killed by Israeli forces.

After conducting arrest raids in N’ima, the soldiers’ vehicle broke down outside the village. As they were standing around the truck at around 3:30 a.m., the soldiers were reportedly rammed by the three assailants in a car. (RELATED: Israel Defense Forces Troll Iran On Twitter After Dropping Bombs On Iranian Targets In Syria)

“Terrorists rammed their vehicle into a number of soldiers who had stopped by the side of the road at the entrance to the village,” the Israel Defense Forces (IDF) said.

Soldiers fired upon the car, killing two and wounding the third. 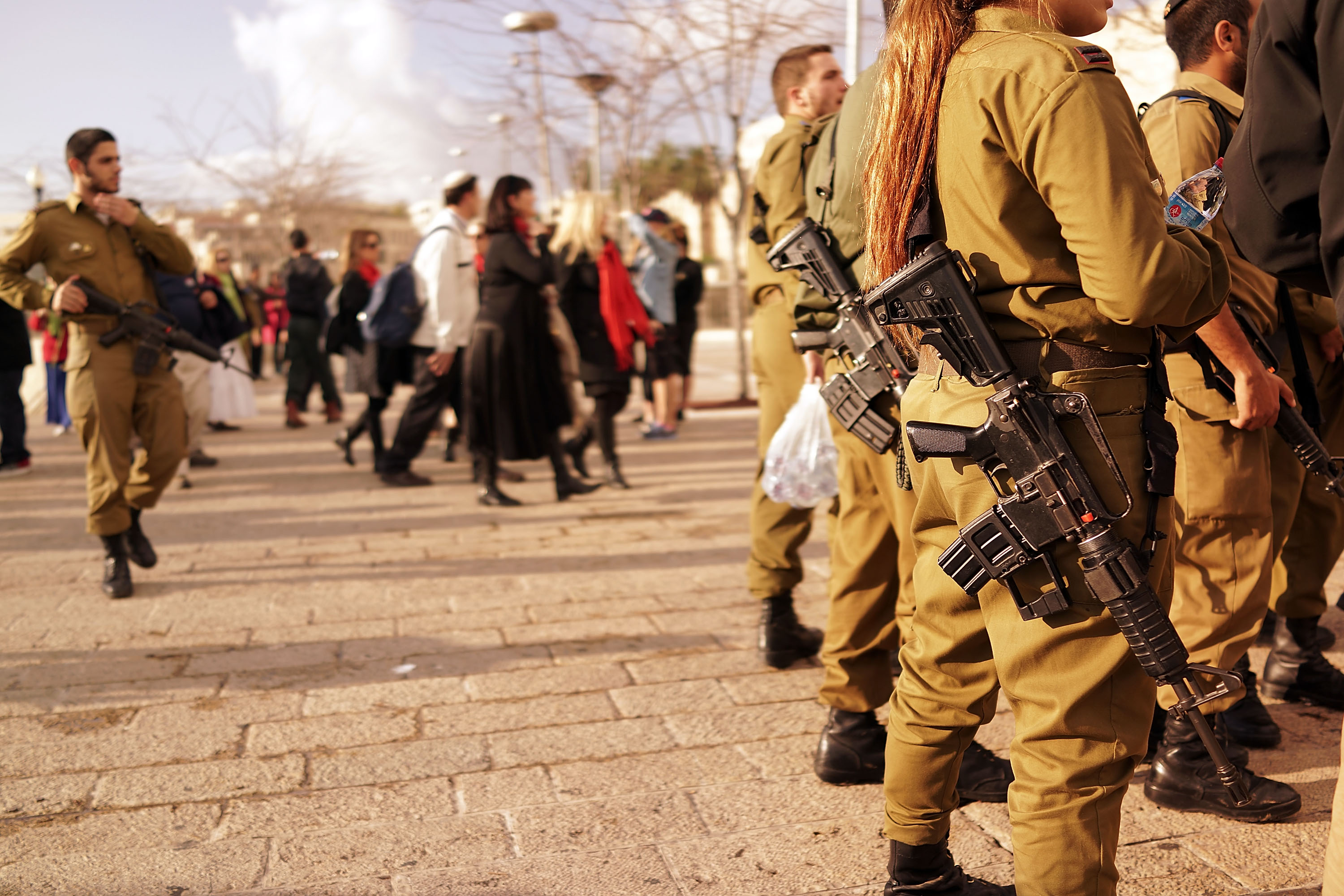 “The troops opened fire on the terrorists,” said the IDF. “Two of them were neutralized and the third terrorist was lightly injured.”

The two slain attackers were Amir Daraj and Yousef Inqawi, with the third yet to be released by the Palestinian Authority health ministry.

The road, aptly named “death street” for its lack of streetlights and narrowness, have led Palestinian residents of the village to argue that the ramming was an accident. (RELATED: Trump To Shut Down Palestine Liberation Organization’s Washington Office)

However, the Israeli military found Molotov cocktails in the assailant’s car and said that the three attackers participated in throwing firebombs earlier at a nearby highway.

“In the car in which the terrorists carried out the attack, additional Molotov cocktails were found,” the Israeli military said.

Hamas terror group praised the action of the assailants. 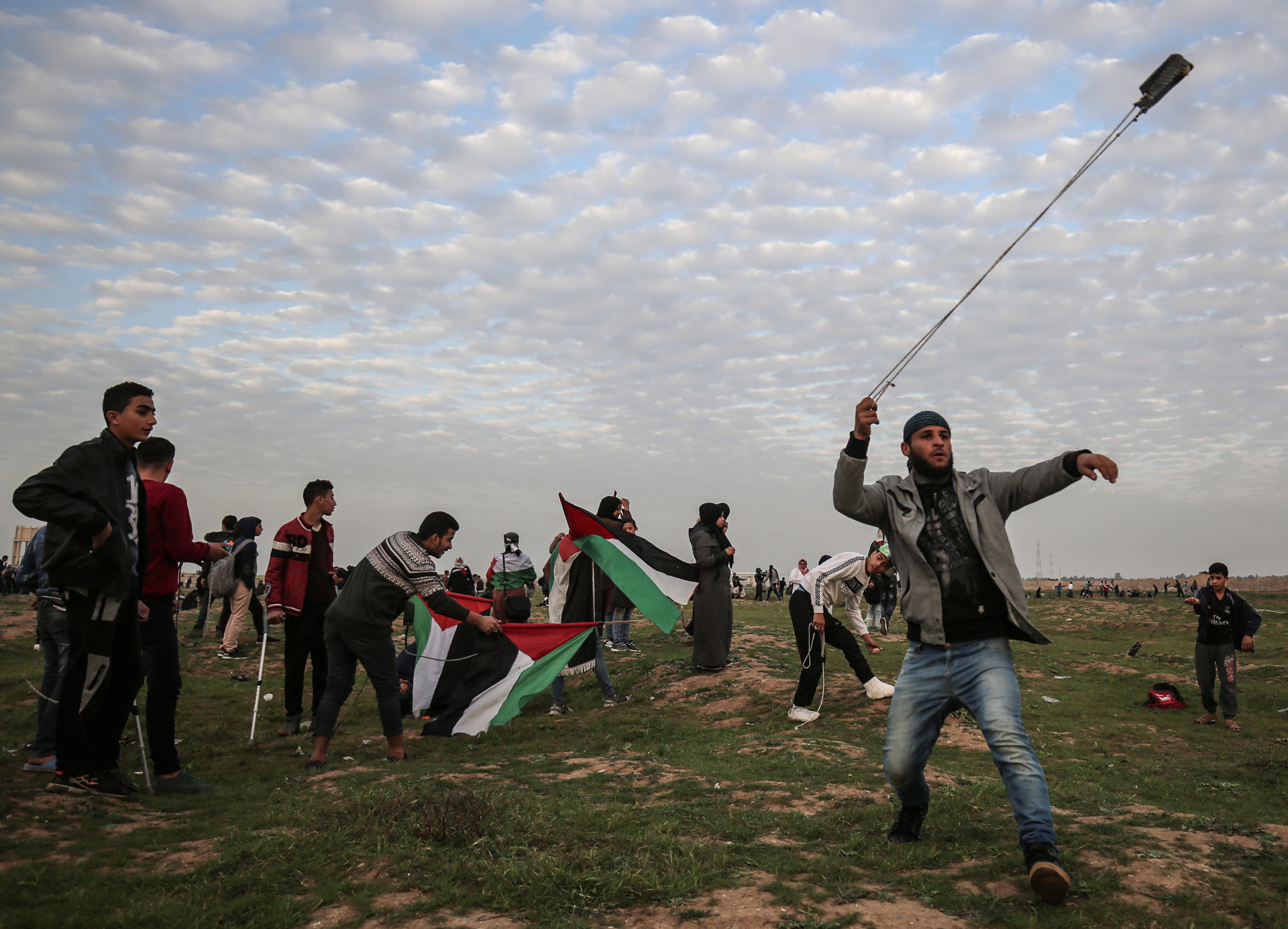 A Palestinian protester uses a slingshot to hurl rocks at Israeli troops as others carry national flags during a demonstration near the fence along the border with Israel, east of Gaza City, on February 1, 2019. (SAID KHATIB/AFP/Getty Images)

“The message of the young rebels in the West Bank is that they will not rest until the occupation is expelled and their holy places are liberated, and that the plans to Judaize Jerusalem will not stand,” Hamas said in a statement.

The attack follows an arrest raid in which IDF forces arrested 16 Palestinian people, of whom 11 are suspected members of Hamas. (RELATED: Israel Strikes Back After Hamas Rocket Attack)

The two soldiers, both approximately 20 years old, were taken by helicopter and ambulance to Tel HaShomer Hospital in Ramat Gan for treatment. The seriously wounded officer sustained injuries throughout his body and the other was released from the hospital in the morning.