National park rangers supported by WWF have interrogated, tortured and killed villagers living in and around national parks in what amounts to numerous human rights violations. The rangers are hired and trained to combat violent gangs of poachers after endangered African animals, such as rhinos and elephants, to sell their parts.

“Human rights abuses are totally unacceptable and can never be justified in the name of conservation,” WWF said in a statement. The charity launched a review of its conservation programs in light of the evidence uncovered by BuzzFeed.

WWF officials secured counterinsurgency training for park rangers from ex-U.S. military personnel. The global charity also used funds to purchase riot gear and weapons such as batons and knives. In at least one instance, WWF attempted to purchase weapons from the Central African Republic, whose forces parade the decapitated heads of victims through city streets.

The arms deal fell through after the Central African state “embezzled” WWF funds meant for the arms trade, according to WWF emails obtained by BuzzFeed. (RELATED: ‘It’s About The Dollars’: How Trophy Hunters Can Help Save African Elephants)

Often, the park rangers’ violent tactics drive local villagers to aid poachers in order to make a living in the impoverished rural areas of Africa.

“The Baka are the eyes and ears of the forest and could really help conservation,” indigenous rights activist Charles Jones Nsonkali told BuzzFeed. “But they are treated as the enemy instead.”

African elephants, rhinos, cheetahs and other animals have been poached for decades because of the price their ivory and skins can bring on the market in countries such as China. 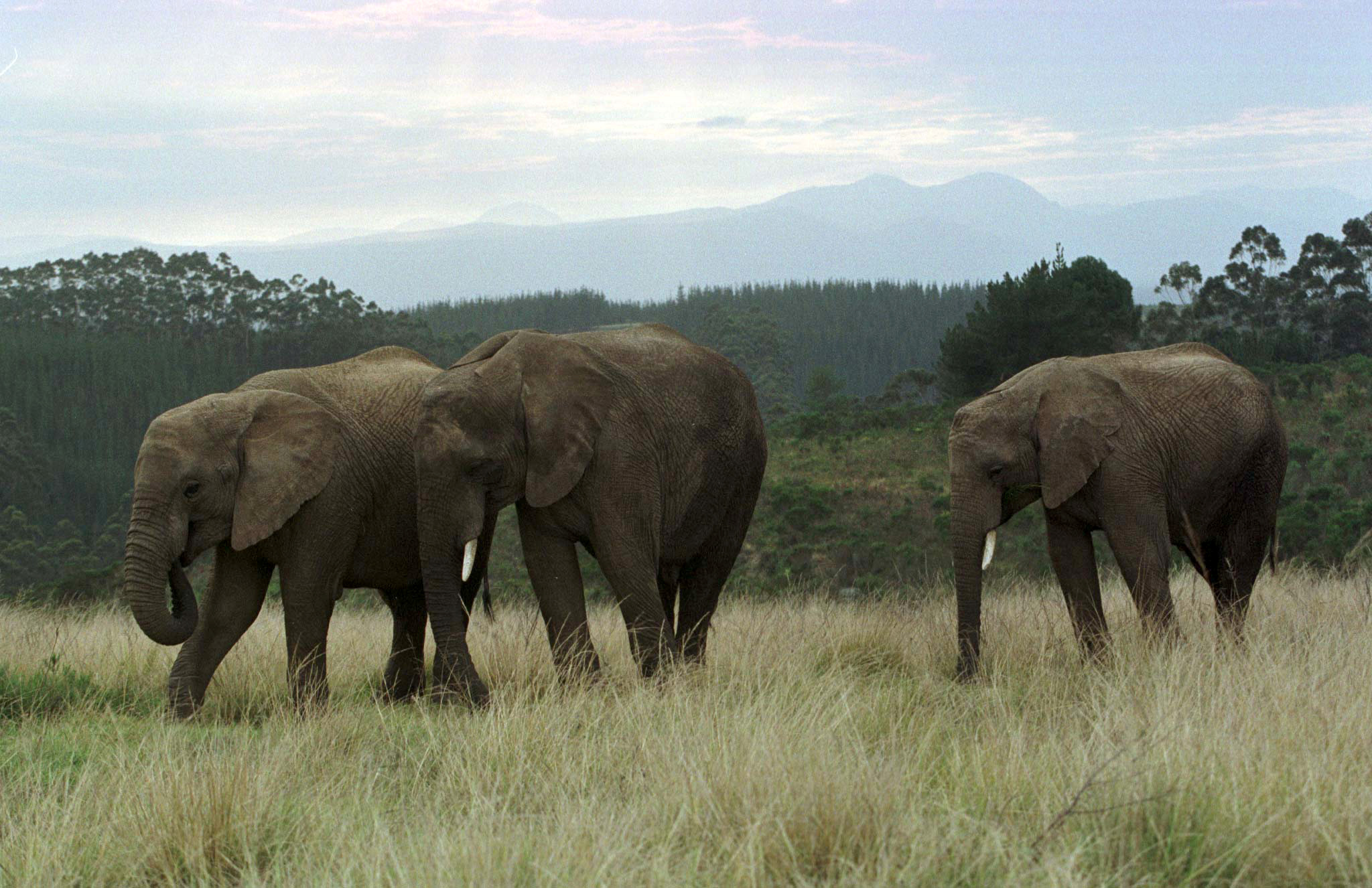 A group of elephants are seen at a park in Knysna, South Africa, July 12, 1999. REUTERS/Mike Hutchings

China banned the sale of ivory at the end of 2017, but roughly a fifth of Chinese businesses planned to continue marketing it, even if they had to do so illegally, The Washington Post reported at the time.

Wildlife experts have floated setting up trophy hunting programs to curb illegal killings. Trophy hunters spend tens of thousands of dollars to kill one trophy animal, and much of that money is invested directly into the communities that promise to keep and protect endangered animals from poachers.

Per customer, trophy hunting raises hundreds, if not thousands of times more revenue than tourists and encourage local communities that supply guides, lodging and supplies to protect herds of endangered animals for hunters to hunt from.

The Trump administration announced it would allow the importation of some trophy hunt animals on a case-by-case basis, but has slow-walked the policies implementation.