CNN viewers are far less likely to believe that President Donald Trump is being honest about the Russia investigation than people who watch MSNBC or Fox News, according to a new NBC News and Wall Street Journal poll.

The February 2019 poll found that just 37 percent of people agree that the president has been truthful about the special counsel’s investigation into Russian interference, while 58 percent disagree that he has been truthful. Opinions regarding Trump’s honesty, however, are even more divided among people based on which cable news channel they primarily watch.

In fact, people were least likely to believe the president if they primarily watch CNN. Just 1 percent of people who view CNN regularly believe that Trump has been honest about the investigation, compared to 99 percent who believe he has not. (POLL: Media More Divisive Than Trump) 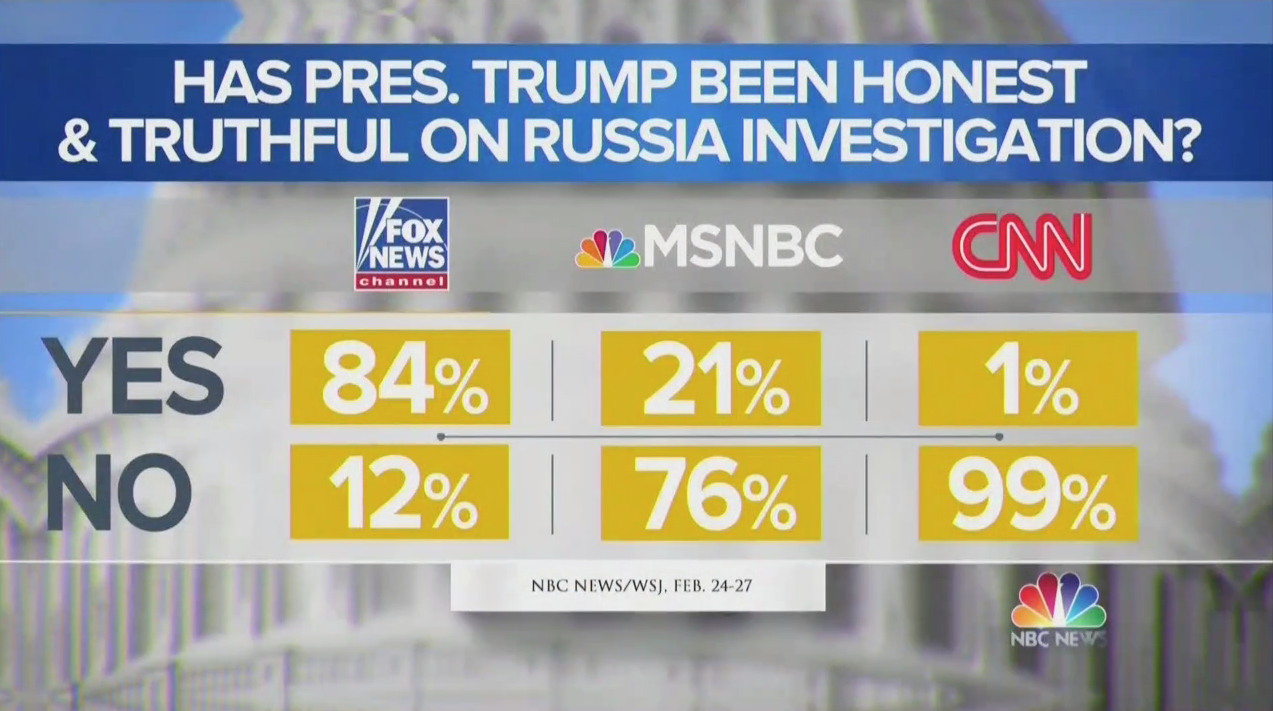 Even MSNBC viewers have more balance than CNN junkies when evaluating the president’s honesty or lack thereof. Twenty-one percent said that they think Trump has been truthful, compared to 76 percent who say he has not.

People who watch Fox News, the sole conservative channel out of the three, predictably had the strongest belief in the president in the president’s honesty at 84 percent.

Fred Yang, a Democratic pollster, said on NBC that the poll result “tells us that you get your reality from what channel you watch.”

The NBC/Wall Street Journal poll surveyed 900 adults between Feb. 24 and Feb. 27 and has a margin of error of plus/minus 3.3 percent.