The top Republican on the House Committee on Natural Resources called out the Democratic majority for pretty much only holding hearings on climate change in 2019, which they argue aren’t within their committee’s jurisdiction and waste time and resources.

“To date, the Committee has held over 13 1/2 hours of hearings with 35 witnesses,” Utah Rep. Rob Bishop, the committee’s ranking Republican, wrote in a letter to Democratic Arizona Rep. Raul Grijalva, the committee’s chairman.

Grijalva and other Democratic committee chairs promised to hold hearings focused on climate change. To date, the Democratic-controlled House has held at least 14 climate change hearings, ranging from science to policy proposals.

Bishop and other Republicans have criticized Grijalva’s climate obsession since the first committee hearing in early February, questioning whether or not the issue was within the committees’ jurisdiction. 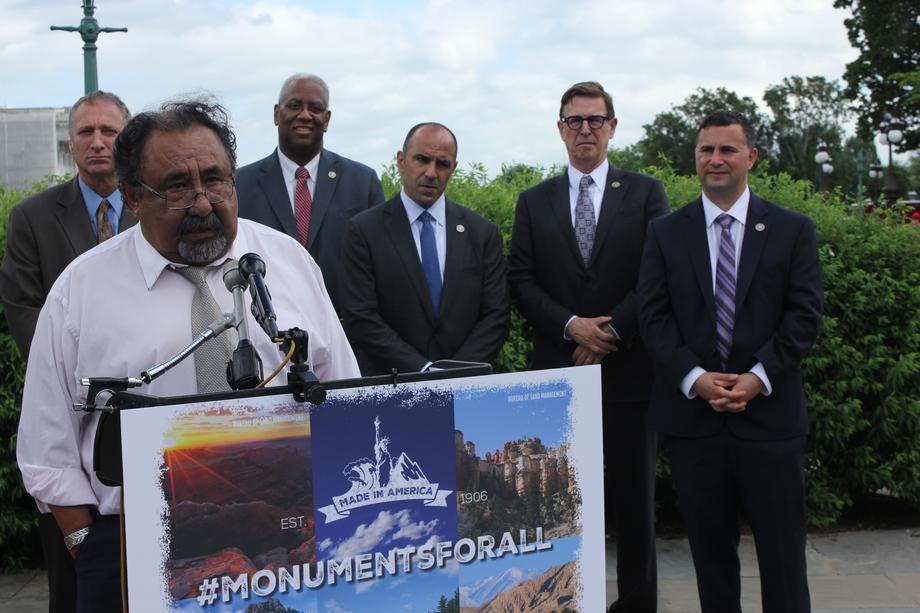 “Many of the Majority witnesses has proposed that the United states undertake a radical transformation to combat climate change, with seemingly no regard to the impact on the economy, jobs, or energy prices,” Bishop wrote.

One Democratic witness was a 16-year-old who founded an anti-capitalist environmental group. Nadia Nazar, the 16-year-old activist, told the committee that “climate change is violating my right to life, liberty, and the pursuit of happiness.”

In fact, Democrats invited a former NFL player and former opioid addict to testify — neither of their testimonies even mentioned climate change. (RELATED: Andrew Wheeler Says He Will Implement Rule To Keep ‘Secret Science’ Out Of EPA)

Bishop also criticized Democrats holding hearings outside the natural resources committees’ jurisdiction, as laid out in House rules, and their failure to issue public memorandum for most hearings this year.

“We need to make efficient use of the Committee’s limited time and resources by holding hearings within our jurisdiction, inviting witnesses relevant to our subject matter, and operating with transparency,” Bishop wrote.

“Such transparency will no doubt lead to better testimony from the witnesses, participation by the Members, and understanding by the press and American people,” Bishop added.

Bishop has emerged as a leader in the opposition to the Green New Deal resolution, which Democratic New York Rep. Alexandria Ocasio-Cortez introduced in February. Bishop recently joined members of the Western Caucus at a public forum on the Green New Deal where he ate a hamburger in defiance of the sweeping proposal that’s backed by Democratic presidential candidates.

Before @AOC and @SenMarkey outlaw our hamburgers because of the Green New Deal, we have to take full advantage of this opportunity pic.twitter.com/i2gMpSPLWf

“The important question facing the Committee is not whether we are all going to die in 12 years if we continue to eat hamburgers. We won’t,” Bishop wrote in his letter to Grijalva.