A second individual suffering from human immunodeficiency virus (HIV) appears to have been cured, marking a major breakthrough in scientific advancement that could mean the elimination of the disease in the future.

Twelve years after doctors cured an HIV-positive patient for the first time, a second patient appears to be in “long-term remission,” giving hope to those afflicted with the disease that a cure is no longer a pipe dream.

The patient asked to remain anonymous and is referred to as the “London patient.” He received a bone-marrow transplant that appeared able to cure both his cancer and HIV.

“I never thought that there would be a cure during my lifetime,” the patient told The New York Times.

HIV is a virus spread through bodily fluids that attacks the immune system, specifically CD4 cells, according to HIV.gov. Over time, the virus renders the body unable to fend off infections and disease. HIV is largely spread through sexual intercourse and shared syringe use. Mothers can, however, spread the virus to their babies by breast feeding. (RELATED: Trump To Announce 10-Year Plan To Fight HIV During State Of The Union: Report)

“This will inspire people that cure is not a dream,” virologist Annemarie Wensing told TheNYT. “It’s reachable.”

Wensing heads a consortium of European scientists who work with stem cells transplanted into patients with HIV in attempts to find a cure, according to TheNYT.

“HIV Is Cured In 2nd Patient, Doctors Report.” @nytimes Such great news for so many. Tremendous progress being made!

Timothy Ray Brown, 52, was the first HIV-positive patient to be cured of the virus. Like the London patient, Brown had cancer — in his case, leukemia — and was cured of both sicknesses with a bone marrow transplant, TheNYT reported. Following multiple transplants and a slew of immunosuppressive drugs, Brown was placed into an induced coma and nearly died before he eventually recovered and was cured.

The London patient received a bone-marrow transplant to treat his Hodgkin’s lymphoma along with immunosuppressive drugs. His treatment and suffering was far less intense than Brown’s, according to TheNYT. The patient ceased taking medication to treat HIV in September 2017 and has been in remission since. 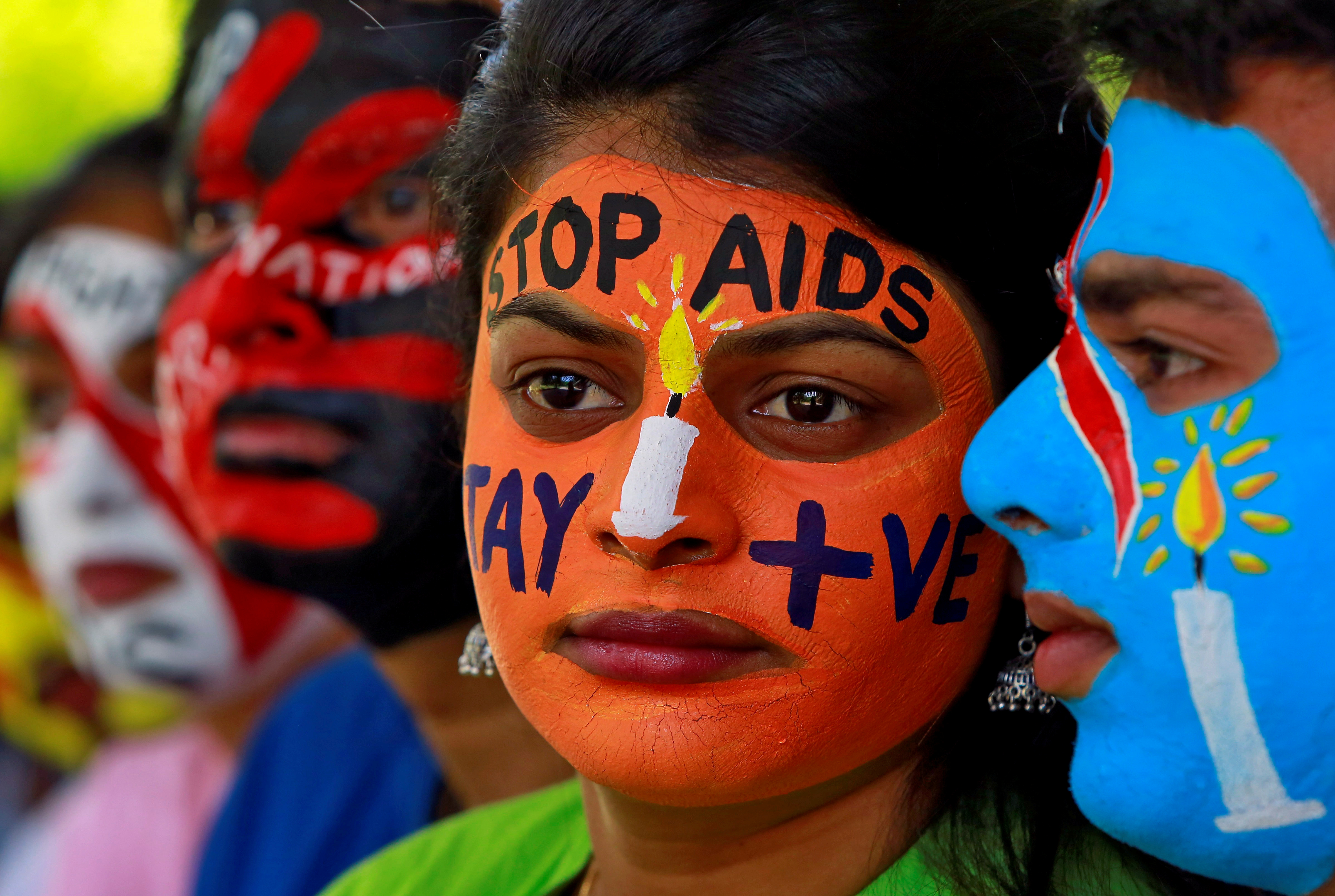 Students with their faces painted with messages pose during an HIV/AIDS awareness campaign to mark the International AIDS Candlelight Memorial, in Chandigarh, India, May 20, 2018. REUTERS/Ajay Verma

“Everybody believed after the Berlin patient that you needed to nearly die basically to cure H.I.V., but now maybe you don’t,” virologist Ravindra Gupta of University College London told TheNYT.

“I think this does change the game a little bit,” Gupta added.

Medical experts are optimistic about the apparent second cured case, but unsure what it will mean for other patients, and how treatments will differ for HIV patients who do not have cancer.