Washington state’s health secretary called for a national education campaign Monday in reaction to a measles epidemic that has spread throughout the Pacific Northeast.

Health Secretary John Wiesman asked the federal government to initiate an education campaign to combat what he and medical experts allege is the spread of harmful false information, The Washington Post reported Tuesday.

Wiesman attributes much of the outbreak to false information disseminated by “a very well-organized and connected group of a small number of folks who are having a huge impact,” according to the Post. The health secretary has asked the government to push health experts and health-care providers to educate the public about the importance of getting vaccinations.

Parents are deciding not to vaccinate their children due to theories that vaccines cause or can cause autism.

The outbreak is the worst the Pacific Northwest has seen over the last two decades, the Post reported. At least 75 persons, most of whom are children under the age of 10, have contracted measles in recent months.

Portland, Oregon, continues to suffer a public health emergency after health officials confirmed in late January that 23 people had contracted the virus and one person was hospitalized, the Post reported in a separate article.

Measles is “one of the most serious infectious diseases known to humankind,” according to Peter J. Hotez, pediatrics professor and dean at the National School of Tropical Medicine at Baylor College. The virus has become the leading killer of children following the eradication of smallpox in 1980, according to the Post.

People have stalked and even threatened to kill Washington state legislators who’ve proposed measures restricting parents from opting out of immunizations for their children, according to Wiesman. (RELATED: House Dem’s Anti-Vax Past Comes Back To Haunt Her)

The number of unvaccinated U.S. children under two years of age has quadrupled from 0.3 percent to 1.3 percent since 2001, the Centers For Disease Control And Prevention reported in October. Last year saw the second-highest number of measles cases since the start of the 21st century, according to a CDC report. 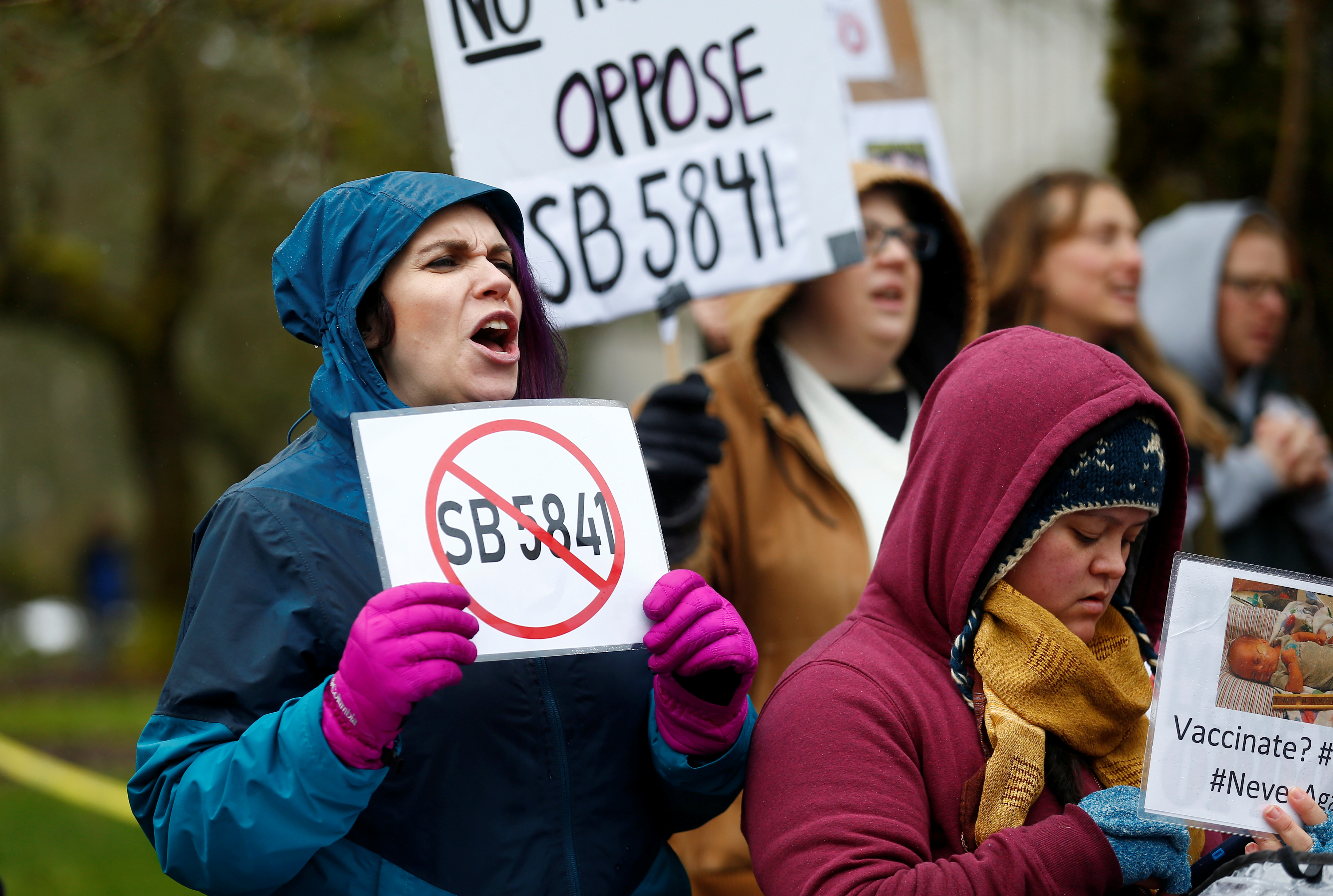 Krystal Glass of Vancouver, Washington, holds up an anti-SB 5841 sign during the “March for Medical Freedom” against mandatory vaccinations before the SB 5841 hearing in Olympia, Washington, U.S., February 20, 2019. REUTERS/Lindsey Wasson

A Monday study of more than 650,000 people reports there is no link between autism and measles, mumps and rubella vaccines.