Major alliances have formed in opposition to H.R. 1, a legislative effort of the Democratic House, including the American Civil Liberties Union (ACLU), the Trump administration and Senate Majority Leader Mitch McConnell.

Known as the “For The People Act,” House debate began Wednesday for H.R. 1. The bill contains changes to campaign finance, lobbying, ethics and voting regulations. It is expected to go to vote Friday. (RELATED: Democrats’ Controversial Voting Overhaul Could Head To House Floor Soon) 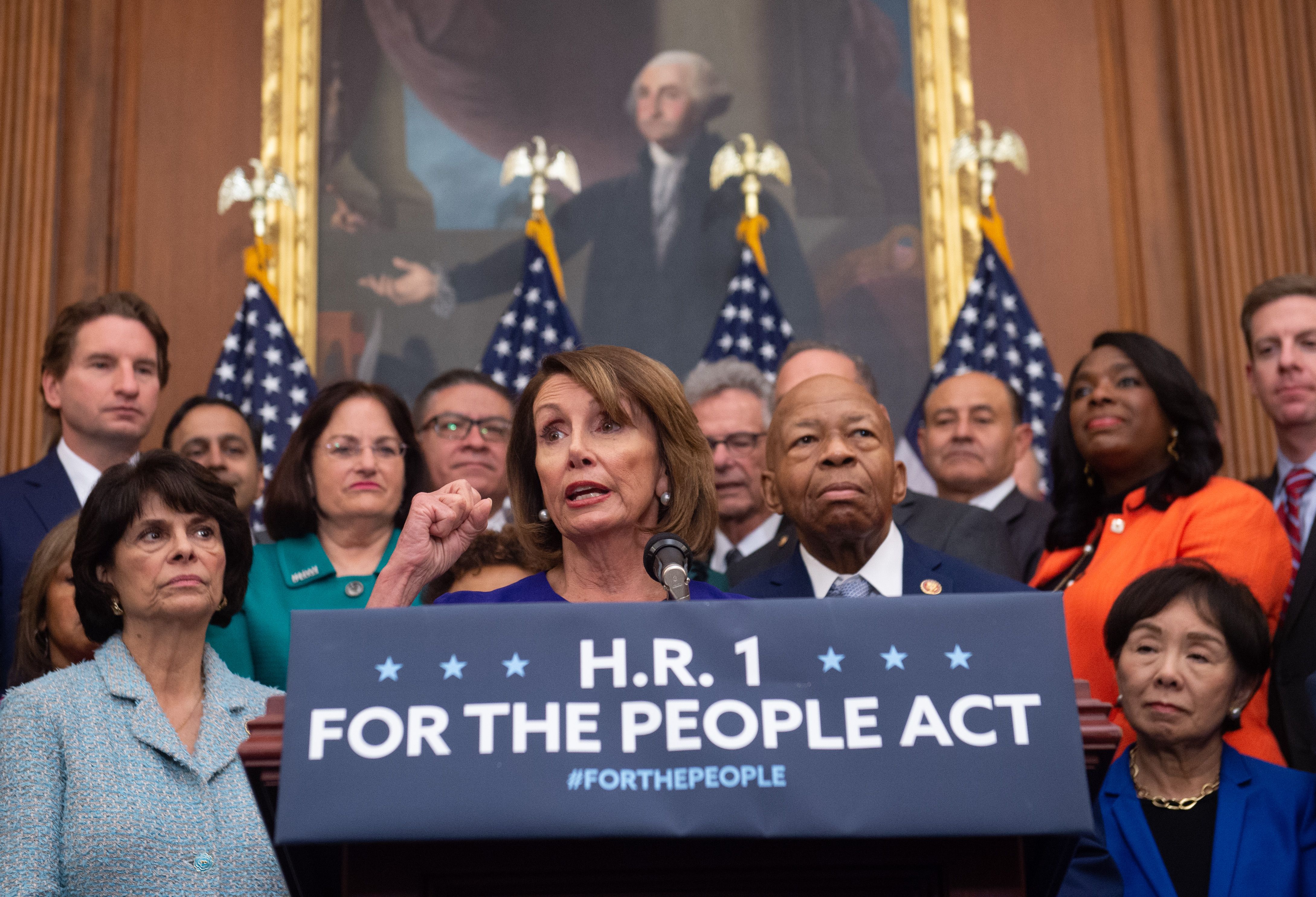 US Speaker of the House Nancy Pelosi (C), Democrat of California, speaks alongside Democratic members of the House about H.R.1, the “For the People Act,” at the US Capitol in Washington, DC, January 4, 2019. – Democrats announced their first piece of legislation to reform voting rights provisions, ethics reforms and a requirement that presidential candidates release 10 years of tax returns. (Photo by SAUL LOEB/AFP/Getty Images)

The ACLU took issue with several of the bill’s provisions by letter March 1 to the House Rules Committee, citing concerns “with the provisions that unconstitutionally infringe the freedoms of speech and association.” Specifically, officials oppose the bill’s DISCLOSE Act section, which they say would “mandate disclosure of the names and addresses of donors who gave $10,000 or more to organizations that engage in ‘campaign-related disbursements,’ which includes electioneering communications and independent expenditures.”

Signed by the ACLU’s National Political Director Ronald Newman, the letter argued the disclosure rules “would chill the speech of issue advocacy groups and non-profits such as the ACLU, Planned Parenthood, or the NRA that is essential to our public discourse and protected by the First Amendment.”

In addition to the ACLU, the White House and McConnell, the bill has attracted more than 300 groups against its passage, like the Chamber of Commerce, state election boards and various conservative-learning organizations, according to Roll Call.

Republicans in the chamber criticized the measure as a massive overreach, including the ranking member of the Rules Committee, Oklahoma Rep. Tom Cole, who referred to the bill as the “For The Politicians Act, or Welfare For Politicians Act.”

Cole highlighted the GOP’s primary issues with the measure, claiming it “takes taxpayer dollars and uses them to create a special piggy bank for campaigns,” erodes state authority by moving election management to the federal government, and limits freedom of speech by imposing aggressive disclosure requirements.

McConnell has vigorously opposed the measure from its inception, detailing his arguments in a recent Washington Post editorial. He has repeatedly said he will not bring the bill to the Senate floor.

As a last resort, the White House has also threatened to veto the measure, arguing “H.R. 1 proposes an overreach of Federal power that would violate constitutional principles of separation of powers, federalism, and freedom of speech,” in a statement released Tuesday.