Former New York City Mayor Michael Bloomberg’s decision not to run for president in 2020 has at least one group very excited — the Sierra Club.

That’s because Bloomberg promised to “expand” his support for the Sierra Club’s “Beyond Coal” campaign, and the former mayor pledged to start a new climate activism venture to move the U.S. “Beyond Carbon.”

Bloomberg’s goal is to close every U.S. coal plant in the next 11 years, a goal the Sierra Club reacted quickly to embrace. Bloomberg has already donated $110 million to the Club’s anti-coal campaign, and his op-ed suggests more funding is on the way.

We’re proud of our partnership with @MikeBloomberg on @BeyondCoal — and we’re excited about his focus on moving beyond ALL fossil fuels to 100% clean energy. https://t.co/9bPfIS2LWK

Sierra Club leaders were quick to praise Bloomberg’s decision as well. Beyond Coal’s Director Mary Anne Hitt praised Bloomberg’s “partnership” and “leadership in pushing to move beyond all fossil fuels.”

.@MikeBloomberg is right. We can, and we will, retire every coal plant in the country in the next eleven years — just like we can move to 100% clean energy. I’m grateful for his partnership with @BeyondCoal and for his leadership in pushing to move beyond all fossil fuels. https://t.co/wuPjlr1lPZ

Brune was also excited about Bloomberg’s Beyond Carbon campaign, which aims to get the U.S. off oil and gas “as quickly as possible.” Bloomberg gave no details, but Brune’s tweet suggests environmental groups could play a role in this effort.

We’ve seen from Trump that being President doesn’t make you a leader. @MikeBloomberg has been a climate leader for years, and this news proves that’s not stopping. He’s focusing on moving beyond ALL fossil fuels to 100% clean energy:https://t.co/O7IE7gkyXn

This is big. Moving @BeyondCoal is within our grasp & we’re making progress on oil and gas every day. With climate champs like him, grassroots leaders across the country, and increasing momentum for strong climate action, we will succeed. Let’s go! https://t.co/HYCug7rshp

Bloomberg announced he would not run for president Tuesday in an op-ed, where he also argued a presidential campaign would limit his ability to continue funding activist campaigns like Beyond Coal. (RELATED: The Green New Deal Isn’t Going Away Anytime Soon, Despite What Chuck Schumer Wants)

“First, I will expand my support for the Beyond Coal campaign so that we can retire every single coal-fired power plant over the next 11 years,” Bloomberg wrote in a column for his namesake news outlet, Bloomberg. “That’s not a pipe dream. We can do it.”

Bloomberg claims the Beyond Coal campaign helped close more than half of the 530 U.S. coal plants since 2011 and replace them with “cleaner and cheaper energy.” Bloomberg said this was the primary reason U.S. carbon dioxide emissions fell 11 percent during that time, and he also claims deaths from coal power fell from “13,000 to 3,000.”

However, Republicans and coal industry supporters have seen Bloomberg’s effort as part of the “war on coal” that’s ravaged communities, particularly in Appalachia, and exacerbated the opioid crisis.

The Trump administration said the “war on coal” was over, rolling back some regulations on coal mining and combustion, but power companies are continuing the trend in the Obama years of shuttering coal-fired power plants. 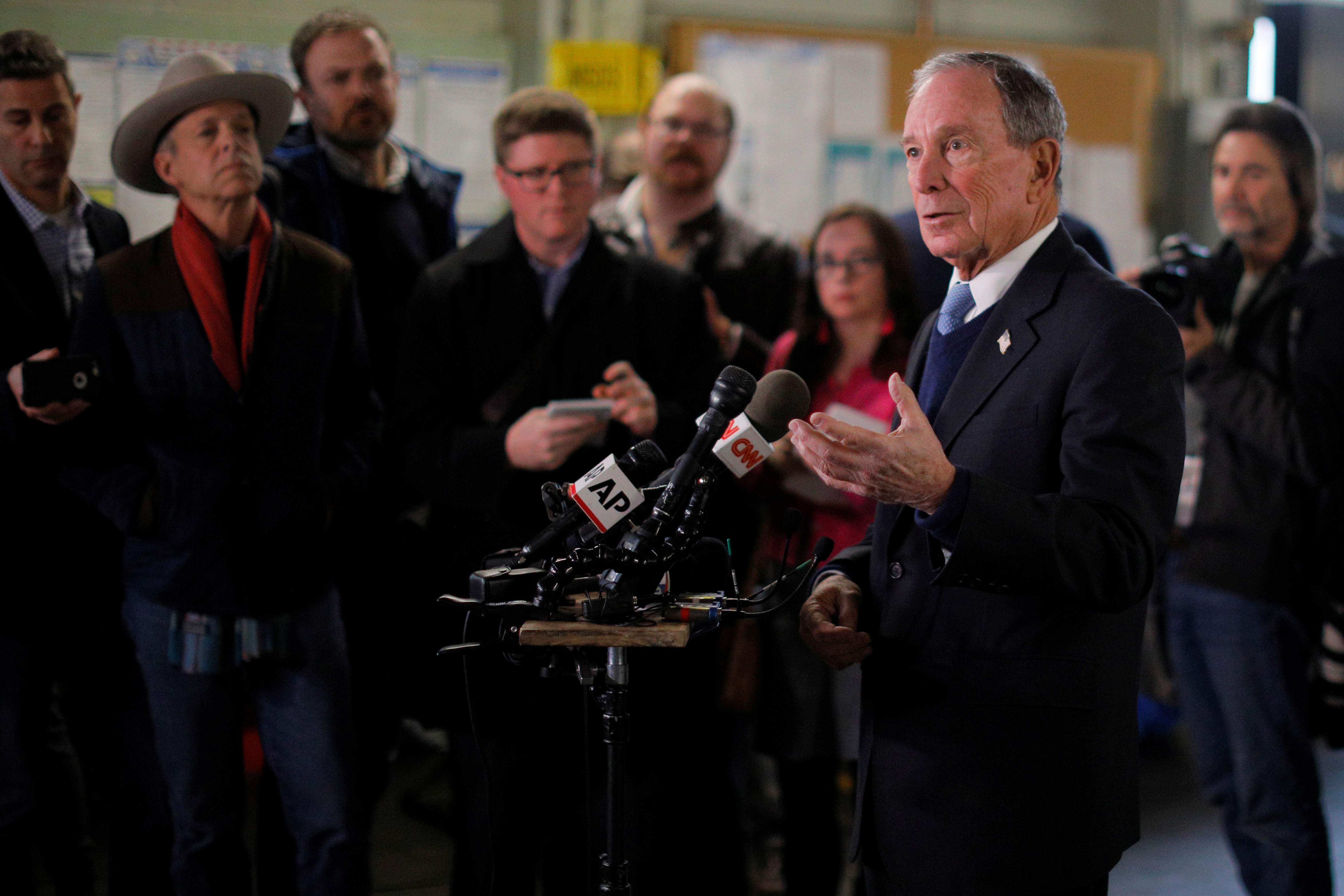 Bloomberg pumped $64 million into the Sierra Club’s anti-coal campaign in 2017, which brought his total support for Beyond Coal to $110 million since 2011. Prior to that, the Sierra Club took money from a natural gas company to attack coal.

“And second, I will launch a new, even more ambitious phase of the campaign — Beyond Carbon: a grassroots effort to begin moving America as quickly as possible away from oil and gas and toward a 100 percent clean energy economy,” Bloomberg wrote.

However, Bloomberg also took a swipe at the Green New Deal resolution backed by many Democratic 2020 presidential hopefuls. He said it has no chance of passing in the near future.

“At the heart of Beyond Carbon is the conviction that, as the science has made clear, every year matters,” Bloomberg wrote. “The idea of a Green New Deal — first suggested by the columnist Tom Friedman more than a decade ago — stands no chance of passage in the Senate over the next two years. But Mother Nature does not wait on our political calendar, and neither can we.”

The Green New Deal, introduced by New York Democratic Rep. Alexandria Ocasio-Cortez and Massachusetts Democratic Sen. Ed Markey, calls for a radical transformation of the U.S. economy, including being carbon neutral in 10 years and massively expanding the welfare state.