Special counsel Robert Mueller is expected to wrap up the Russia probe into President Donald Trump soon, but Democrats will still say Trump’s presidency is illegitimate regardless of the findings, current and former Trump administration officials told The Daily Caller News Foundation.

These sources believe Democrats have already made up their minds on Mueller and say the investigation was never about Russian collusion but bringing down Trump by any means possible. Republicans also say they expect a number of investigations to stem from the probe, but none regarding the collusion conspiracy theory.

“The truth is all this talk about voter integrity and voting rights that we always hear from them, it pales in comparison to [the] Democrats’ desire for power in their inability to recognize Republican victories or conservative victories. They did the same thing to Bush. They called him illegitimate. They hounded him for eight years, saying Al Gore was the true president,” the senior administration official continued.

House Judiciary Committee Chairman Jerry Nadler requested a number of documents Monday from the White House and is sending letters seeking information from people and organizations close to Trump.

Nadler will be sending the requests to 81 groups, people and organizations, searching for constitutional abuses and corruption by Trump. The New York Democrat said Sunday the requests for documents are to “begin investigations, to present the case to the American people about obstruction of justice, about corruption and abuse of power.” 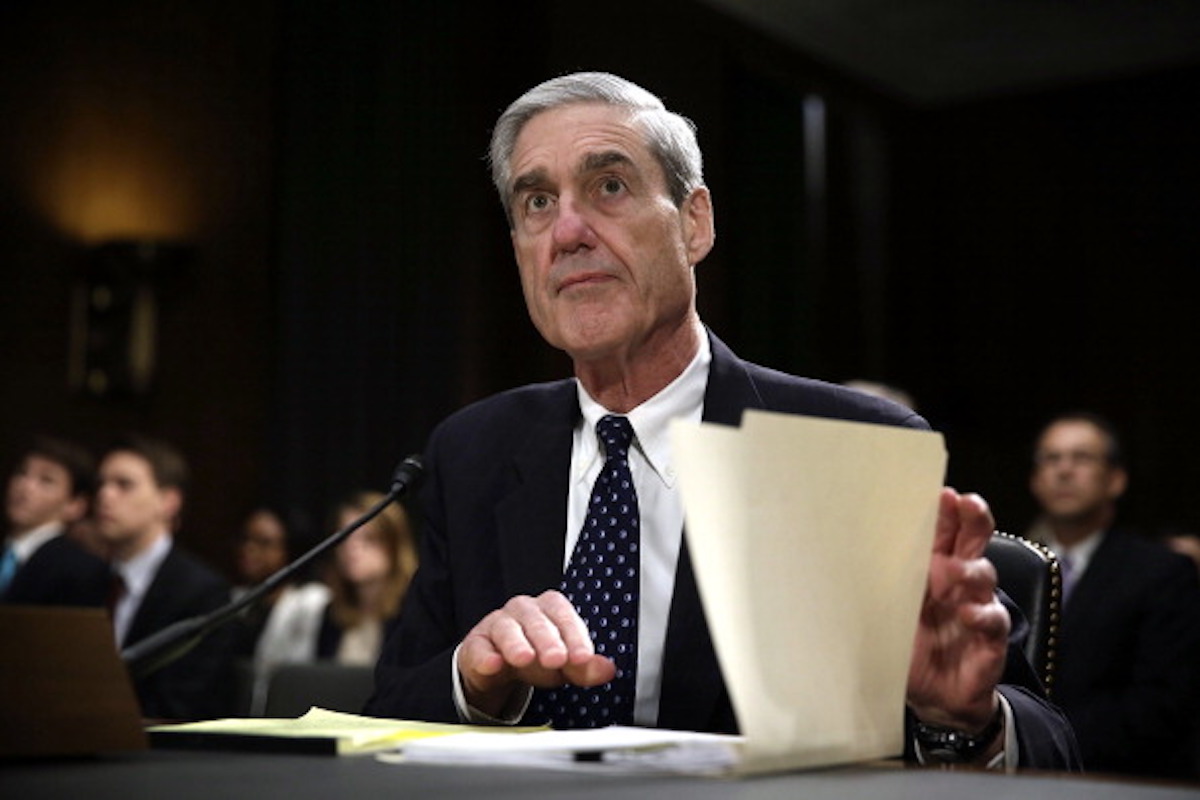 FBI Director Robert Mueller waits for the beginning of a hearing before the Senate Judiciary Committee on June 19, 2013 on Capitol Hill in Washington, D.C. (Photo by Alex Wong/Getty Images)

Republicans close to Trump, such as American Conservative Union Chairman Matt Schlapp, believe Democrats will continue to call for random investigations into Trump even after Mueller’s probe is finished. Schlapp pointed out that the special counsel was created to protect Republicans at the Department of Justice from getting bad press from the “left wing dominated media, who will attack them for covering up the crimes of a president.”

“So now we’ve had two years of a special counsel. They’ve got not a scintilla of evidence of collusion. Now they’ve used that two years to try to soften President Trump up, to weaken him, to give the appearance that somehow shady dealings have taken place in the Trump companies and now they’re going to just transition as if nothing’s happened away from collusion to just destruction,” Schlapp told TheDCNF.

A former deputy assistant to the president, Sebastian Gorka, slammed Democrats and predicted Mueller will find no wrongdoing by Trump. Democrats like Nadler and California Rep. Adam Schiff will continue to attack and investigate Trump for as long as they possibly can, Gorka said.

“The Mueller farrago is a bust. The most expensive taxpayer-funded oppo research in US history had fizzled out with no proof of collusion. Now the Democrats have already moved to a KGB-like search for anything the President, his family, or his friends may have done wrong. Stalin and Beria would have been proud of the un-American tactics Schiff and Nadler are using against the American President and his team,” Gorka told TheDCNF.

Meanwhile, Nadler has already said Trump has “obstructed justice,” without speaking with Mueller or waiting for his report to be released, showing how Democrats will ignore the results of the Mueller probe unless there is substantial evidence that Trump colluded with Russia.

“Democrats have already decided to impeach Trump. This is not an ‘investigate and see where the evidence leads’ operation. The decision has already been made, and these hearings and investigation are going toward a predetermined conclusion,” a former Hill staffer told TheDCNF. (RELATED: EXCLUSIVE: Trump Says He Will Leave Mueller Report Decision To DOJ)

Other Republicans say the Mueller probe helped cover up Hillary Clinton’s questionable actions as secretary of state as well as other officials who worked under former President Barack Obama.

“The special counsel successfully covered up the Clinton machine’s collusion with foreign agents and Obama officials’ crimes, but it failed to substantiate their conspiracy theories about the president. So now Democrats are going to spend even more taxpayer money trying to justify impeachment, because they still can’t accept the results of the 2016 election,” a senior Republican aide told TheDCNF.

Not one of six Democrats in Congress contacted by TheDCNF would respond when asked if they would accept the results of the Mueller probe.