The Department of the Interior (DOI) is expected to propose rolling back federal protections on gray wolf populations in the contiguous United States in the coming days, The Associated Press reports.

“Recovery of the gray wolf under the Endangered Species Act (ESA) is a one of our nation’s great conservation successes, with the wolf joining other cherished species, such as the bald eagle, that have been brought back from the brink with the help of the ESA,” the FWS said.

The agency has attempted to delist the gray wolf since 2003 after the animal’s recovery passed the threshold to be considered endangered. Environmental and conservation groups have torpedoed motions to delist the wolf with lawsuits that courts use to block proposed rules.

The federal government placed the gray wolf on the Endangered Species List in 1975 when 1,000 of the animals roamed the U.S. That number has since risen to over 5,000 animals, according to the AP.

The government successfully lifted the protected status from wolves in Wyoming, Idaho and Montana in 2011. Each state controls the resilient animal through trophy hunts to limit the predator’s spread and contact with people and livestock. 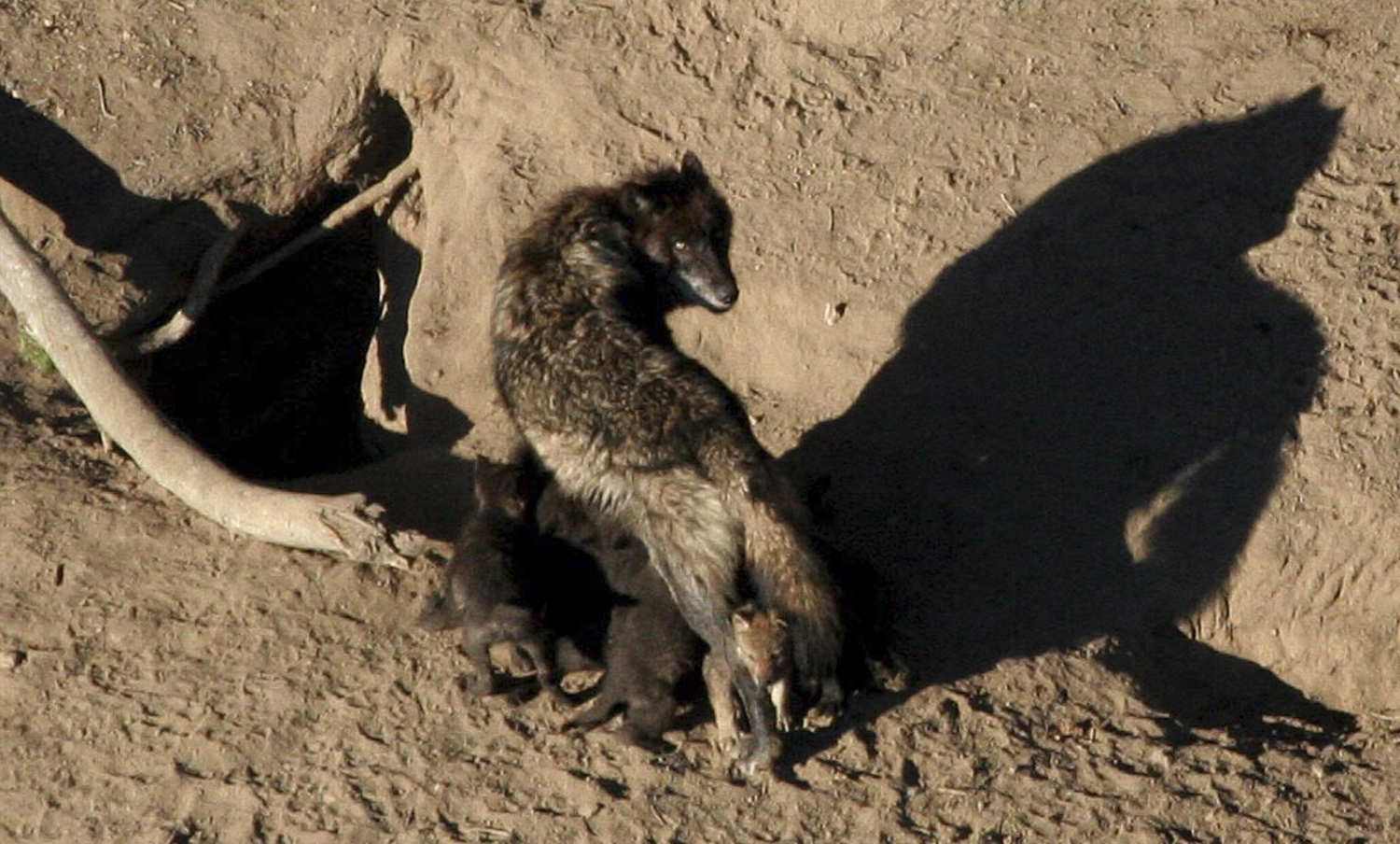 A gray wolf and its nursing pups are pictured in Yellowstone National Park in this undated photograph obtained on May 4, 2011. REUTERS/National Park Service

Farmers and ranchers have complained about the spread of wolves for years, saying the predators are responsible for killing off livestock and threatening people living in rural areas.