For the cost of implementing the Green New Deal, the federal government could buy every American a brand new Ferrari luxury sports car, according to Senate Majority Leader Mitch McConnell.

“For the comparatively cheap price of just $66 trillion I’m told the government could buy every American a Ferrari,” McConnell said on the Senate floor Wednesday.

McConnell is basing this cost comparison against a recent report by the right-leaning American Action Forum (AAF) that estimated the cost of the Green New Deal to be as high as $93 trillion over ten years, or $653,000 per household.

“What a great idea. But of course, everyone would have to get their drive in before Democrats ban the internal combustion engine,” McConnell quipped about buying every American a Ferrari. (RELATED: Here’s Who Stands To Financially Benefit From Mike Bloomberg Not Running In 2020)

McConnell joined other Republican lawmakers who took to the Senate floor to criticize the Green New Deal, which calls for radically transforming the U.S. economy to fight global warming and dramatically expand welfare and “social justice” programs.

“93 trillion is more than every dollar our federal government has spent in its entire history to date,” McConnell said, referring to the AAF report.

“It’s more than the combined annual GDP of every nation on Earth,” McConnell said. “This amount of money could rebuild the entire interstate highway system every year, just for the heck of it, for 250 years with a little left over.” 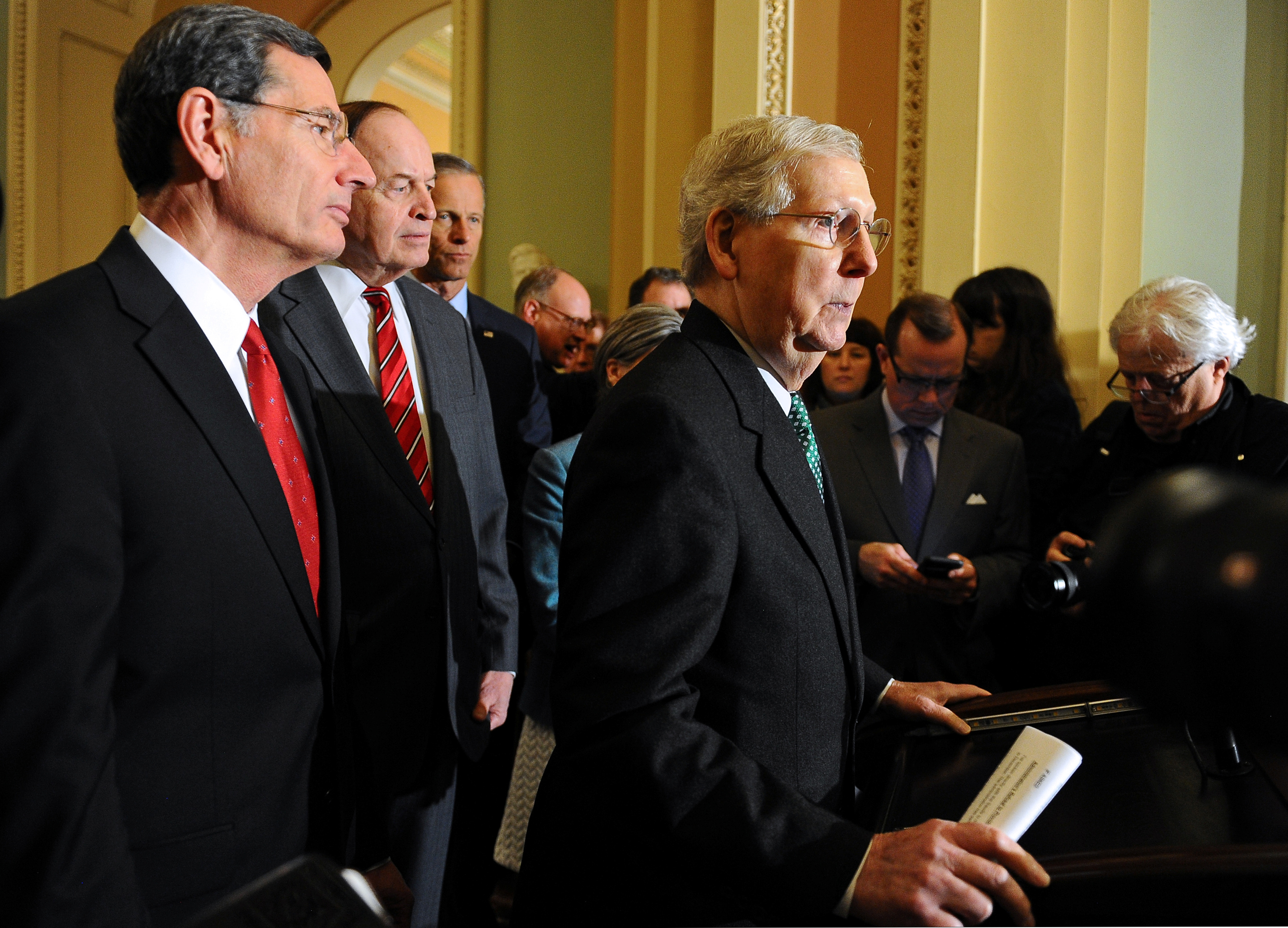 Despite this, Senate Minority Leader Chuck Schumer is looking for ways to shield Democrats from having to vote on the Green New Deal. Schumer plans an “offensive” to make climate change a top issue in the 2020 , turning it against Republicans.

“This is the first time Democrats have decided to go on offense on climate change,” Schumer told The Times in an interview published Monday.

Schumer also plans on holding weekly floor speeches on climate change, and pressing Republicans to vote on an alternative climate resolution that calls on Congress to immediately act on global warming, as opposed to making specific demands, like the Green New Deal.

However, Republicans will make sure the Green New Deal will continue to be brought up through the 2020 elections, tying Democrats to policies they see as “socialist.”