Meghan Markle dropped another hint Tuesday about just how soon her and Prince Harry’s first child is due, and it’s clearly coming very soon.

“All in good order? I’m sure everyone is asking,” the Welsh Secretary of State Alun Cairns asked the expectant Duchess of Sussex in a video from the reception held at Buckingham Palace in London. It was to celebrate the 50th anniversary of the investiture of Prince Charles, her father-in-law.  (RELATED: Celebrate Prince William’s Birthday With Unforgettable Shots Of Kate Middleton [SLIDESHOW]) 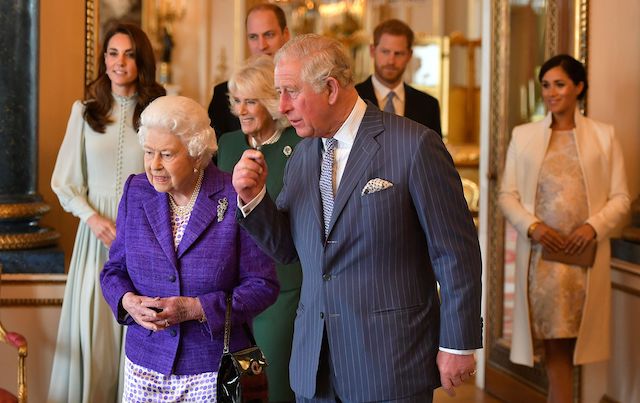 VIDEO: That chat Meghan had about her baby at yesterday’s Buckingham Palace reception for the Prince of Wales.
Welsh Sec @AlunCairns: “All in good order? I’m sure everyone is asking.”
Meghan: “No, it’s actually very sweet. It’s a nurturing thing to ask. We’re nearly there!” pic.twitter.com/HiyxaKz6rM

The comment was just the latest from Markle as to when royal baby watchers can expect to learn that her baby will be born.

“We asked her how her pregnancy was going, and she said she was six months and she tapped her tummy,” one of the well-wishers, Carla Gandy, told People magazine in January.

Another woman in the crowd reportedly spoke to the Duchess who shared just how fast her pregnancy had gone.

It comes after Kensington Palace announced the news in October that the royal newlyweds were expecting “in the spring of 2019.”