Ocasio-Cortez and her chief of staff, Saikat Chakrabarti, obtained majority control of the political action committee in December 2017, TheDCNF reported Monday. Chakrabarti resigned from the Justice Democrats’ board in August 2018, Politico reported, and the PAC’s website no longer lists Ocasio-Cortez as a governor, but government documents show the two still hold majority control as of Wednesday afternoon.

Ocasio-Cortez’s role with the PAC, which was a driving force behind her stunning victory in 2018, may have violated campaign finance laws, two former Federal Election Commission (FEC) members told TheDCNF.

Ocasio-Cortez never disclosed her control of the PAC to the FEC. If the congresswoman intentionally withheld that information from the FEC, both she and Chakrabarti “could be facing jail time,” former FEC Commissioner Brad Smith told TheDCNF.

But there’s another aspect to the story: Justice Democrats has aggressively attacked Ocasio-Cortez’s more moderate Democratic colleagues at a time when the party is divided between establishment members and progressives pushing the party left.

Both Ocasio-Cortez and Chakrabarti are still listed on the Washington, D.C., Department of Consumer and Regulatory Affairs’ website as two of Justice Democrats’ three governors.

The left-wing group is open in its antagonism toward establishment members of the party.

Justice Democrats and Ocasio-Cortez staged a sit-in at Pelosi’s office in November 2018 shortly after the midterm elections.

It hadn’t been reported at that time that Ocasio-Cortez — at least on paper — controlled the group staging the protest in the California Democrat’s office. 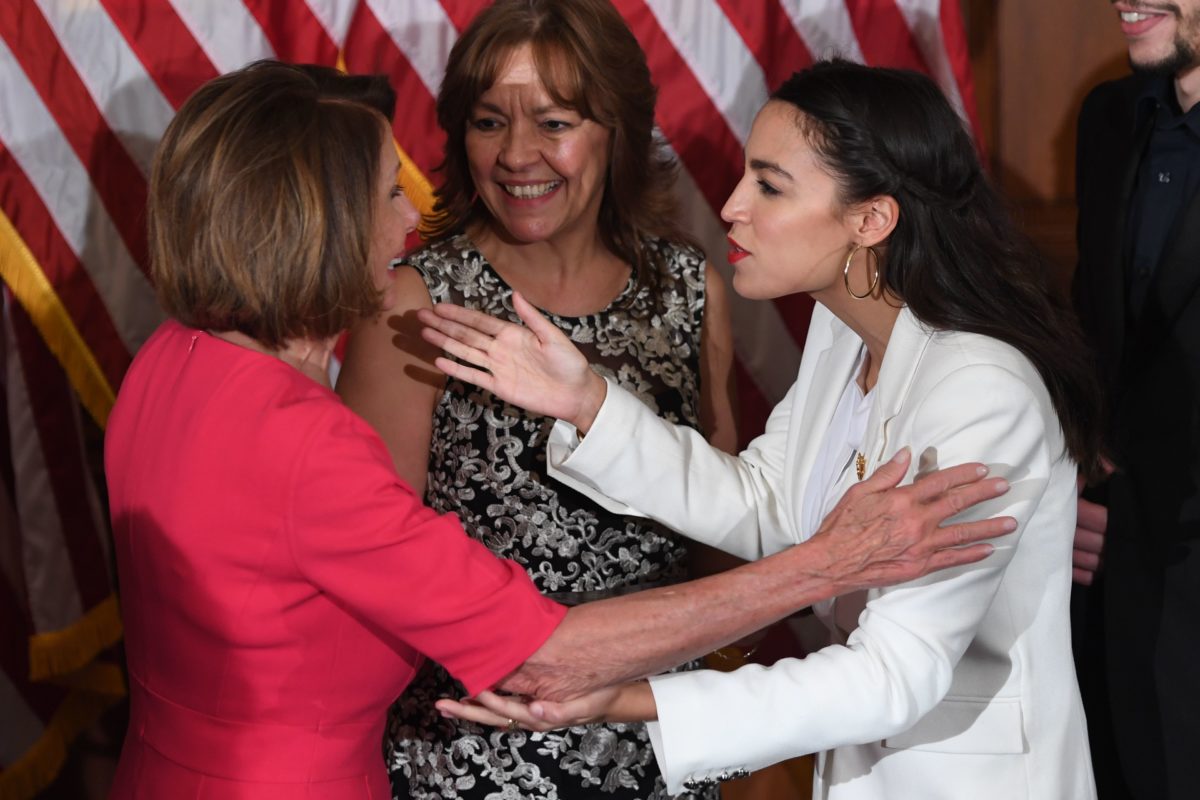 “We gotta primary folks,” Chakrabarti, who previously served as the PAC’s executive director, said in the video. (RELATED: Ocasio-Cortez’s Adviser Went Viral For What He Told Tucker Carlson — But He Got It Wrong)

Justice Democrats spokesman Waleed Shahid told Politico in February: “There is going to be a war within the party. We are going to lean into it.”

Ocasio-Cortez has echoed the Justice Democrats line: She warned moderate Democrats on Feb. 28 that they were “putting themselves on a list” by voting with Republicans and indicated that she would help replace them with progressives in the next election, The Washington Post reported.

Justice Democrats has already publicly marked one center-left Democrat, Texas Rep. Henry Cuellar, for a primary challenge. The group is expected to add more names to the list, The New York Times reported in February.

“We are trying to elect more Alexandrias,” Justice Democrats Executive Director Alexandra Rojas told The Times. “She is an example of what one victory can do. Imagine what we can do with more primary wins across the country.”

Spokesmen for Pelosi, Ocasio-Cortez and Justice Democrats did not respond to requests for comment.