Cardinal Philippe Barbarin offered his resignation Thursday to Pope Francis after a French court convicted him of failing to report a pedophile priest.

Barbarin is the first cardinal to face trial on charges of covering up child sexual abuse. The Lyon court convicted him of covering up the crimes of Rev. Bernard Preynat, who recently confessed to abusing several boy scouts between 1970 and 1980, after an alleged victim, Alexandre Hezez, warned Barbarin of Preynat’s abuse several times beginning in 2014.

Prosecutors said they suspect Preynat abused 85 young boys. Barbarin said after his conviction that he would meet with Francis to tender his resignation. (RELATED: Priests Who Father Children Should Leave Priesthood, Vatican Official Says)

“I have decided to go and see the Holy Father to offer him my resignation,” Barbarin said, according to The Associated Press.

He also said that he is keeping the alleged victims in his prayers and that he has “compassion” for them.

The court ruled that Barbarin had an obligation to report Preynat to the authorities after Hezez informed him of the priest’s predatory behavior and warned him that there were probably other victims. Ecclesiastical privacy did not apply to Hezez’s report, since Hezez intended the information to be made public, according to the court. 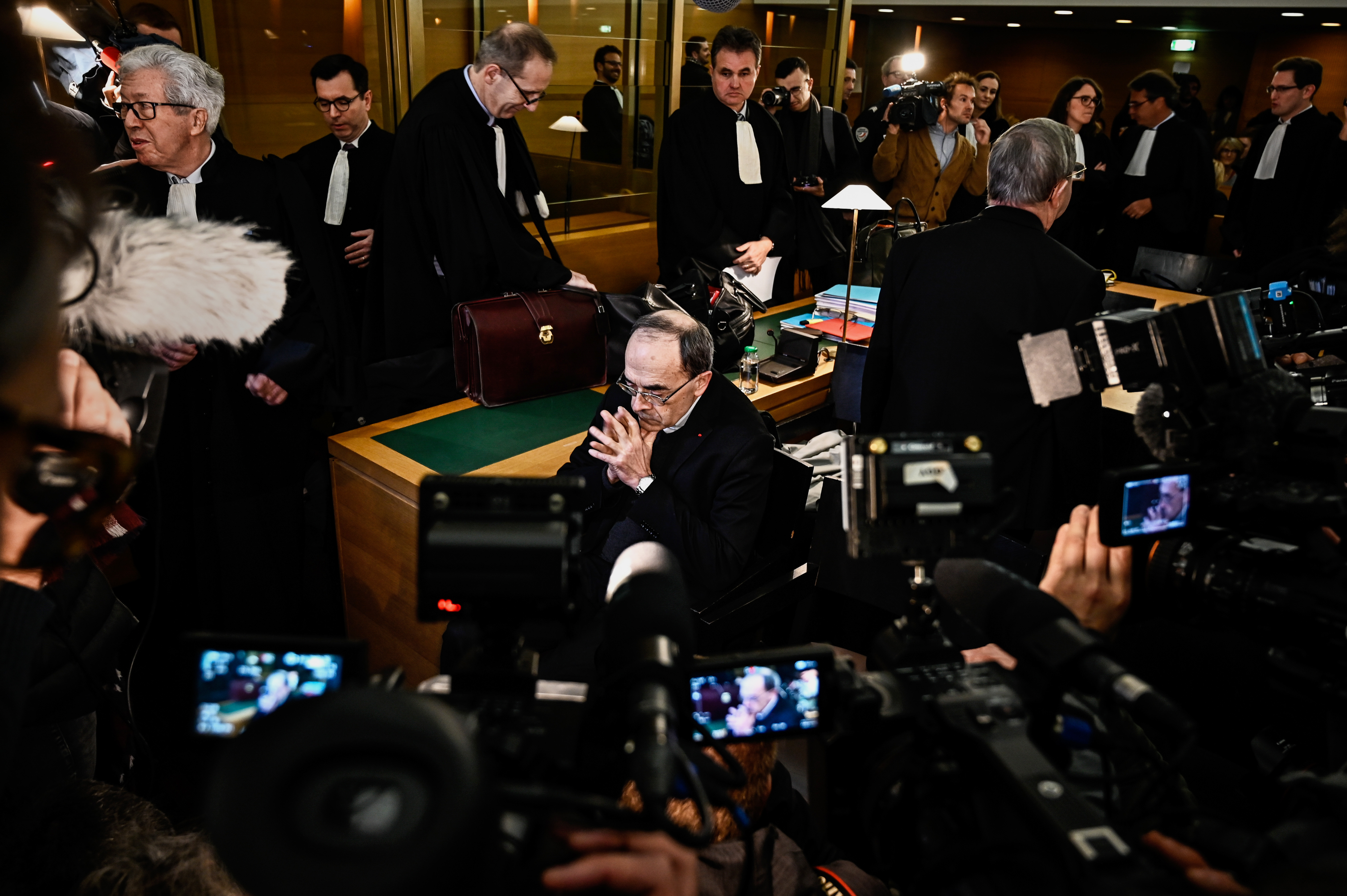 Lyon archbishop, cardinal Philippe Barbarin (C) gestures as he arrives in Lyon court to attend his trial, on January 7, 2019, charged with failing to report a priest who abused boy scouts in the 1980s and 90s. (JEFF PACHOUD/AFP/Getty Images)

The court issued Barbarin a suspended sentence of six months but acquitted five other Catholic clerics named as defendants in the case. Jean-Felix Luciani, Barbarin’s lawyer, said that he will appeal the ruling and hopes for an acquittal. He argued that there was no evidence of legal wrongdoing on Barbarin’s part.

“This is a decision that is not fair at the juridical level,” Luciani said.

“We hope that at the next step, justice will be done,” he added.

The ruling and the sentence came as a surprise, as Barbarin’s defense and some of Preynat’s victims expected the court to acquit him along with the other defendants, given the fact that the statute of limitations had passed on several of the allegations against Preynat.

“Cardinal Barbarin never showed any doubt about the information,” the court’s opinion reads, according to AP.

“Henceforth, Barbarin had the obligation to report these facts. He didn’t take the initiative despite Hezez’s request and insistence” the opinion adds.

Victims advocates praised Barbarin’s unexpected conviction as a message to Catholic hierarchy that religious leaders will be held accountable for their failings.

“We see that no one is above the law. We have been heard by the court,” said Francois Devaux, president of Lift the Burden of Silence.

“The cardinal is convicted because he didn’t do what needed to be done,”  he added, calling for church leaders to reevaluate how they deal with abuse in sacred places.

Anne Barrett Doyle of Bishop Accountability, also hailed the conviction as positive affirmation of the victims and a rejection of excuses for church leaders’ failures to address abuse.

“In affirming the victims’ claims, the French court implicitly rejected the grab bag of excuses that Barbarin and other Catholic bishops use to justify non-reporting,” Doyle said.

As for Preynat, he faces a separate trial for 13 cases of alleged abuse for which the statute of limitations has not passed. Authorities have not yet set a date for his trial.