A Pakistani Catholic woman, acquitted in January of a blasphemy charge by the Supreme Court of Pakistan, remains trapped in the country amid fears that her health is failing.

Asia Bibi, 53, is reportedly living with her husband at a secret location in Karachi, Pakistan, where she is being denied medical care for her “low blood pressure,” according to a source who spoke with The Daily Mail. The source explained that Bibi is “very unwell” and expressed frustration that she is being kept by the Pakistani army from following her children to Canada, where Prime Minister Justin Trudeau has offered asylum.

“Everyone is very worried,” the source continued, according to the Mail. “She won her appeal and was supposed to be out of Pakistan by now. Even though the government says she can leave, the army has all the power in this case.”

“They are in control of her. They are fearful about getting a negative press if she speaks out about her experiences – but they will get an even worse press if she dies in protective custody.” (RELATED: Andrew Brunson’s American Pastor Describes Harrowing Turkish Courtroom Experience) 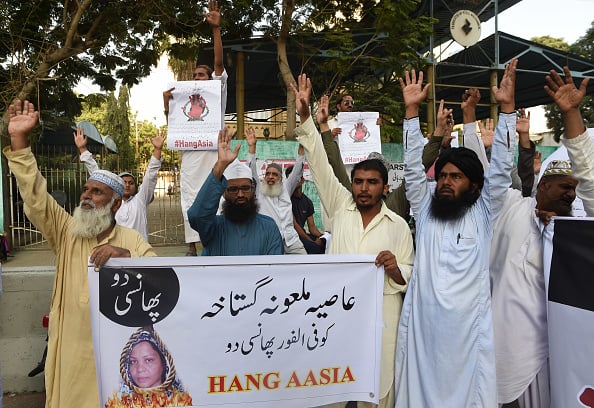 Bibi spent nearly a decade languishing in a Pakistani prison after being accused of blasphemy against Mohammed, a capital offense in the Islamic Republic. On a sweltering day in June 2009, the illiterate field hand claimed to have been picking berries with women from her village when they demanded she fetch them a cup of water. When she returned, the women refused to drink after her because of her Christian faith. (RELATED: Asia Bibi’s Lawyer Returns To Pakistan For Her Blasphemy Trial)

“I want the whole world to know that I’m going to be hanged for helping my neighbor,” Bibi recounted to a French journalist in 2011 from her small prison cell. “I’m guilty of having shown someone sympathy. What did I do wrong? I drank water from a well belonging to Muslim women, using ‘their’ cup, in the burning heat of the midday sun.”

Bibi and her family were the only Christians in her remote Pakistani village, where her neighbors pressured her relentlessly to convert to Islam. Christians make up less than two percent of the population in Pakistan, according to the Library of Congress. (RELATED: Pakistan Shoots Down Indian Fighter Jets)

“We Christians have always stayed silent,” Bibi remembered. “We’ve been taught since we were babies never to say anything, to keep quiet because we’re a minority. But I’m stubborn too and now I want to react, I want to defend my faith. I take a deep breath and fill my lungs with courage.” (RELATED: Rand Paul Calls On U.S. To Cut Off Aid To Pakistan Until Asia Bibi Is Freed) 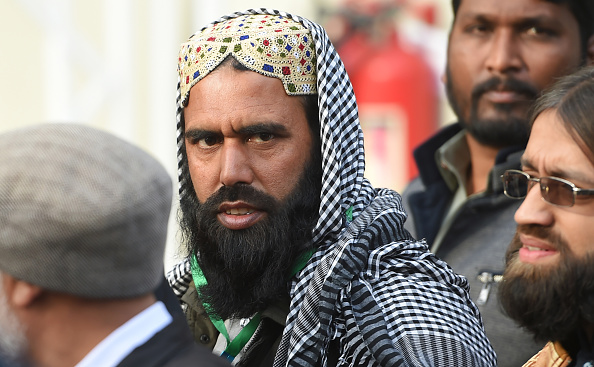 Qari Mohammed Salim, a petitioner against the Asia Bibi case, comes out the Supreme Court building after the court rejected his review appeal, in Islamabad on January 29, 2019. (Photo by FAROOQ NAEEM/AFP/Getty Images)

“I’m not going to convert,” Bibi told the women when they began to hurl curses at her, reviling Jesus and demanding her conversion. “I believe in my religion and in Jesus Christ, who died on the cross for the sins of mankind. What did your Prophet Mohammed ever do to save mankind? And why should it be me that converts instead of you?”

Bibi was dragged before the village cleric for such comments and taken to a prison outside Lahore, Pakistan, near the Indian border. For nearly 10 years, she awaited a pending death sentence until being acquitted in October 2018. Riots roiled the country in response, leading to the arrest of several radical Islamist clerics who used the Bibi case to call for the overthrow of the Pakistani government. (RELATED: Asia Bibi Protest Organizer Charged With Sedition And Terrorism In Pakistan)

Her case at last reached the three-person Supreme Court of Pakistan in January, which tossed out an appeal by Islamist radicals and acquitted her again. “The image of Islam we are showing to the world gives me much grief and sorrow,” Pakistan’s Chief Justice Asif Saeed Khan Khosa said.