The FBI recently released its Preliminary Semiannual Uniform Crime Report, showing decreases in violent crime rates in the first half of 2018 compared to January-June 2017. 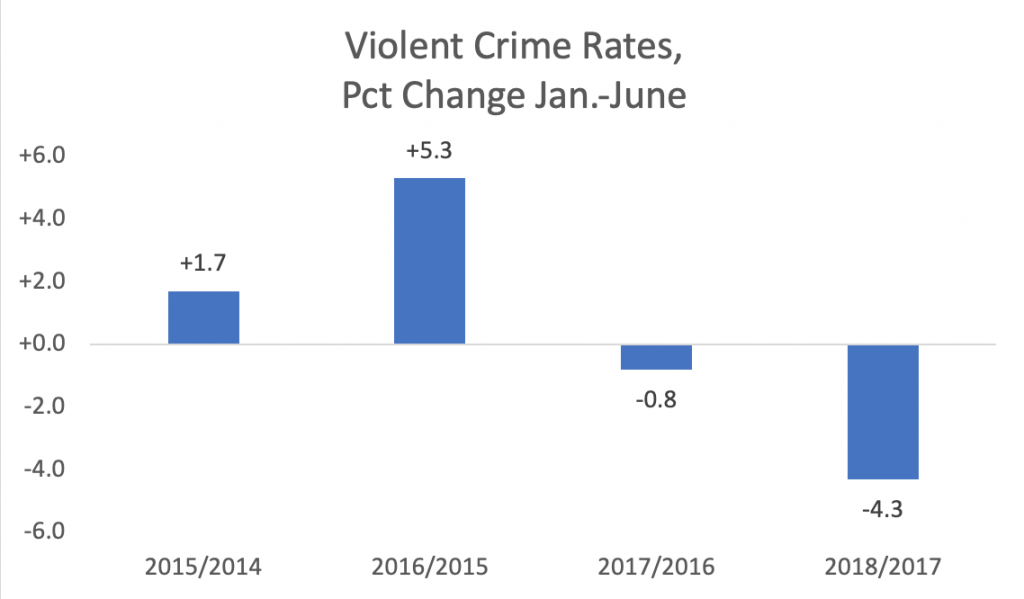 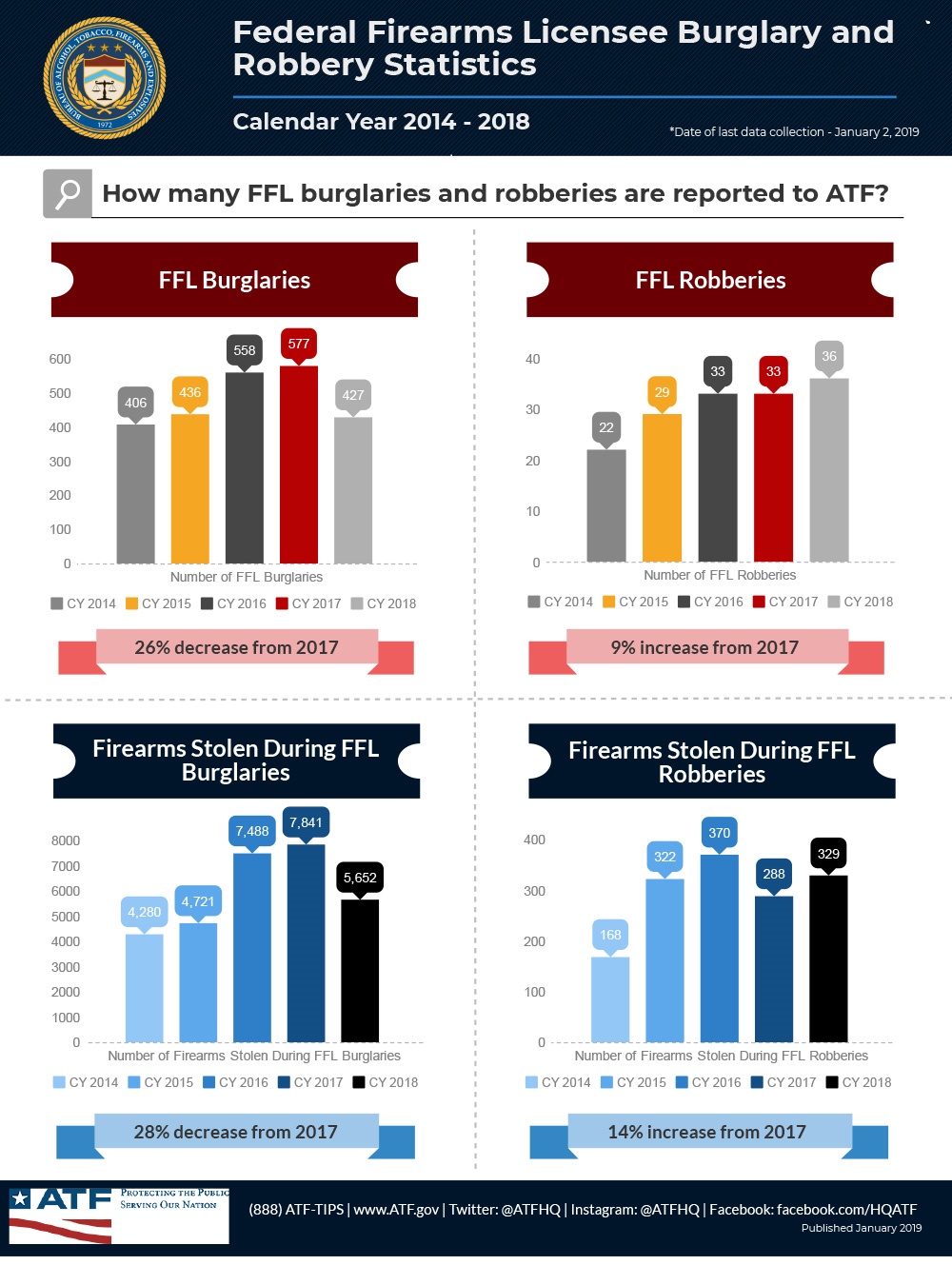 The firearms industry launched an initiative in January of 2018 called Operation Secure StoreTM, in cooperation with ATF. As part of Operation Secure Store, NSSF matches ATF reward offers for information that leads to the successful arrest of the criminals responsible for a theft of firearms from an FFL. Additionally, NSSF is helping ATF to raise awareness among FFLs and to provide them with information and resources so they can try to reduce the chance guns will be stolen from them during a burglary or robbery. NSSF, in cooperation with ATF, also conducts retailer store security seminars.

As part of this initiative, NSSF assists retailers by offering security self-audits of their premises, assists in arranging for an in-depth onsite audit by a security expert and encourages the use of security products such as protective window film and smash-resistant display cases. NSSF members can get discounts on products and services through affinity partnerships.

The industry will continue its work to help prevent firearms from getting into the hands of criminals and looks forward to further decreases in crime rates nationwide.

This article was provided by the National Shooting Sports Foundation.