A rhetorical brawl over climate change broke out on the Senate floor as Democrats chided Republicans for criticizing the Green New Deal without proposing an alternative plan.

Senate Majority Leader Mitch McConnell and other GOP Senate colleagues took to the chamber’s floor to criticize the Green New Deal, ahead of a planned vote on the sweeping resolution to massively expand government control in the name of climate change.

Democrats, however, are trying to turn the tables on Republicans to side-step being tied to the Green New Deal. Senate Minority Leader Chuck Schumer chided GOP lawmakers for not offering their own climate policies.

Schumer even interrupted GOP Texas Sen. John Cornyn to ask whether he believed “climate change is real” and ask him to say what policies he’s for, instead of what he’s against. (RELATED: Democrats, Including Ocasio-Cortez, Vote Against Green New Deal Amendment)

“We know what he’s not for, what is he for?” Schumer said while Cornyn spoke on the Senate floor.

“I’m not for socialism,” Cornyn responded. “I’m not for Washington, D.C., thinking they know better than what my constituents know.”

I’ve been looking all over for it, but I still can’t find the Republican plan to tackle climate change.

When will they tell us what they’re for? pic.twitter.com/OCJDYRtNBp 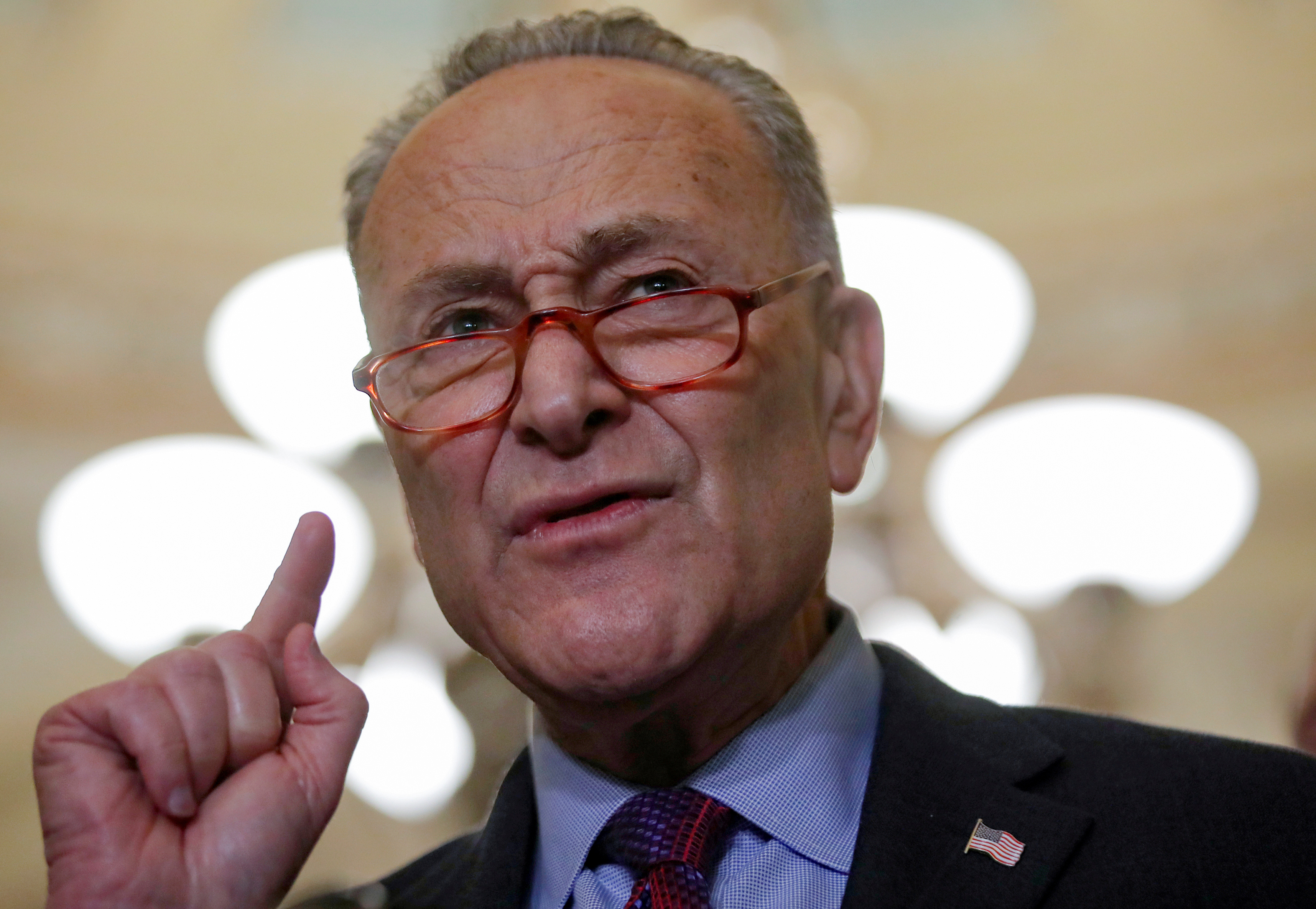 Schumer’s plan is to make climate change a top issue in the 2020 elections while also putting pressure on Republicans to put forward their own climate policies. Schumer also plans to have Senate Democrats vote “present” when the Green New Deal comes up for a vote in the coming weeks.

Republican Wyoming Sen. John Barrasso shot back at Schumer, arguing there is a conservative answer to the Green New Deal — innovation.

“I would point to an op-ed that I wrote for the New York Times last year,” said Barrasso, who chairs the Senate Committee on Environment and Public Works. “Perhaps the senator from New York doesn’t read his hometown newspaper.”

Republican Iowa Sen. Joni Ernst gave the Green New Deal her monthly “Squeal Award” for its estimated high price tag of $93 trillion over 10 years — based on a report by the right-leaning American Action Forum.

“Which is roughly $10 trillion more than the entire recorded spending of the United States government since 1789,” Ernst said on the Senate floor.

Markey also went after Republicans for not saying “they actually believe the planet is dangerously warming, they actually agree with the U.N. scientists who say it’s an existential threat to us” and “that we, the greatest deliberative body in the world, should have a robust debate.”

The Senate should be debating the science of climate change and the solutions of the #GreenNewDeal. Instead, Republicans are on the Senate floor right now repeating Koch Brothers misinformation and not offering a single solution of their own. pic.twitter.com/MqbiCmLe87

“It’s no surprise that Democrats are trying to duck this big green bomb,” Barrasso said.