Potential Independent presidential candidate Howard Schultz says he won’t be the spoiler in the 2020 election — the Democrats would be if they “nominate a far-left person.”

Schultz said a divided Democratic Party is on the verge of backing a “socialist” in a Thursday interview on Fox News’ “The Daily Briefing With Dana Perino.”

“If the Democrats decide in their wisdom to nominate a far-left person who is professing policies that resemble that of a socialist — that will be the spoiler.” (RELATED: Howard Schultz Says Ocasio-Cortez’s Anti-Billioniare Comments Are ‘So Un-American’)

The former Starbucks CEO has been trashed by Democratic activists, who believe his candidacy would guarantee the re-election of President Donald Trump in 2020 because Schultz would split the anti-Trump vote. 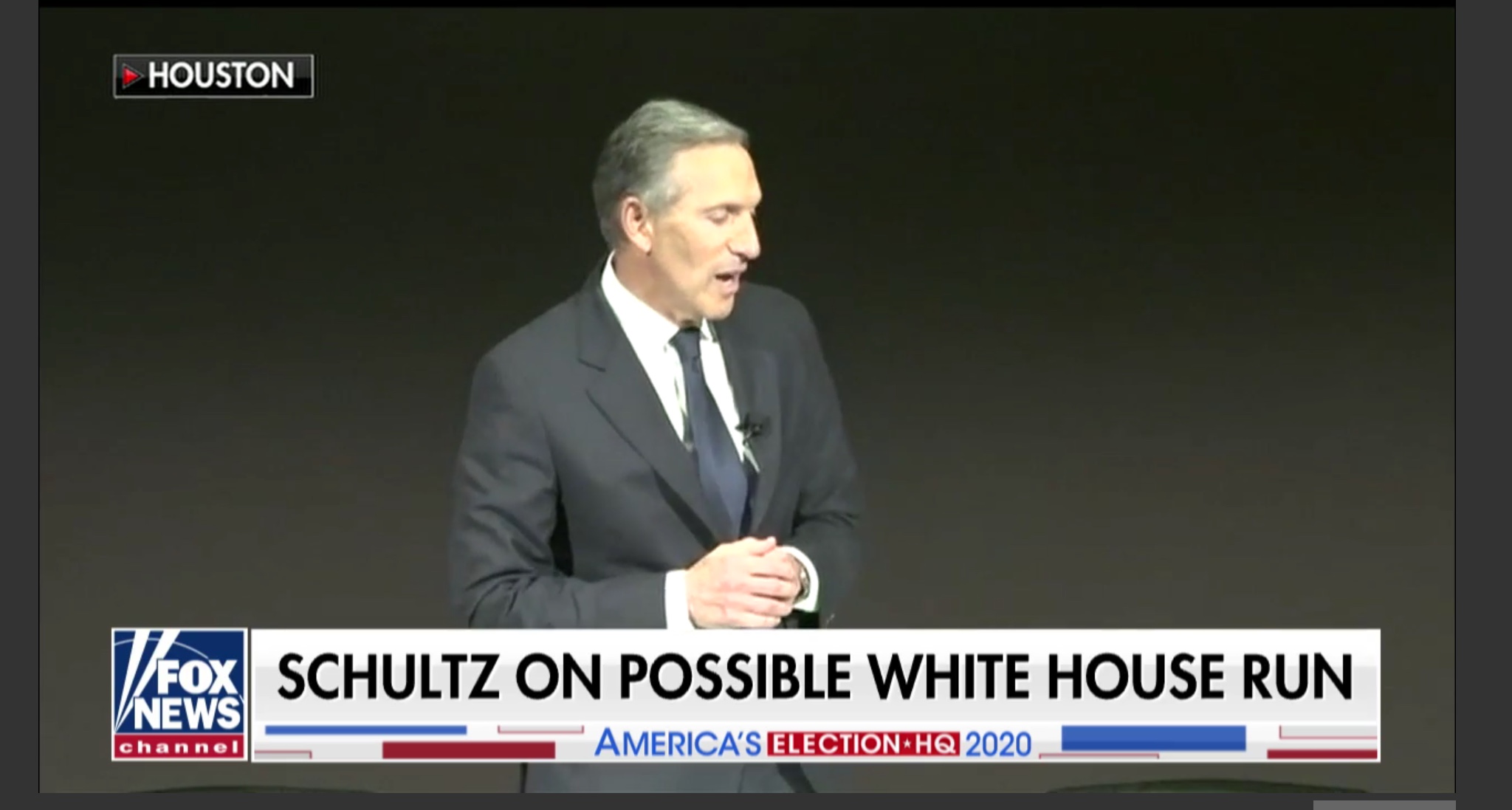 “It is an organized effort by a group of people that are trying to do whatever they can to stop me in my tracks,” Schultz told Fox.

Schultz suggested the Democratic Party is coming apart at the seams between the old guard and the more radical “newcomers,” who are aggressively promoting a leftist agenda.

“I think there’s clearly a division within the Democratic Party that is going on behind closed doors between the people who are trying to maintain a moderate position and those newcomers who are trying to promote a far left-leaning agenda.” (RELATED: Howard Schultz Thumbs His Nose At Democrats Who Say He’ll Split The Vote)

As House Democrats backed away from a resolution specifically condemning anti-Semitism and the rhetoric of Democratic Minnesota Rep. Ilhan Omar, Schultz said that kind of talk worries him.

Then-Democratic congressional candidate the Midterm elections, Ilhan Omar, speaks to a group of supporters at University of Minnesota in Minneapolis, Minnesota, on Nov. 2, 2018. (Photo by KEREM YUCEL/AFP/Getty Images)

“With regards to anti-Semitism, I think, it really bothers me that there’s a 61 percent increase in anti-Semitic activity in the United States today. As a Jewish person, I find that horrifying.”