The Occupational Safety and Health Review Commission (OSHRC) might be the latest independent federal agency to lose its decision-making authority after two board members depart by the end of April.

The OSHRC is responsible for hearing appeals to federal workplace safety violations. Chairwoman Heather MacDougall said she plans to exit the agency in less than a month. Commissioner Cynthia Attwood is due to leave the board at the end of April when her term expires, Bloomberg Law reports.

After MacDougall and Attwood leave, the board would be down to a single member, James Sullivan, and short of the two-member quorum required to validate agency proceedings and decisions. (RELATED: Trump’s Labor Policy Comes Into Focus As Board Nominees Appear Before The Senate)

Two other independent agencies are already operating without quorums in 2019. The Merit Systems Protection Board (MSPB), which hears federal employees’ appeals of pay cuts, furloughs, firings and other matters, lost its last sitting board member March 1 when his term ended, Federal News Network reports.

President Donald Trump nominated two Republican board members to fill spots on the MSPB, but the Senate has yet to confirm them.

The Equal Employment Opportunity Commission (EEOC) has operated without a quorum since January when Chai Feldblum’s term expired. Trump’s nomination of Janet Dhillon to a Republican spot on the commission has passed committee, but has yet to be taken up by the full Senate, Politico reports. 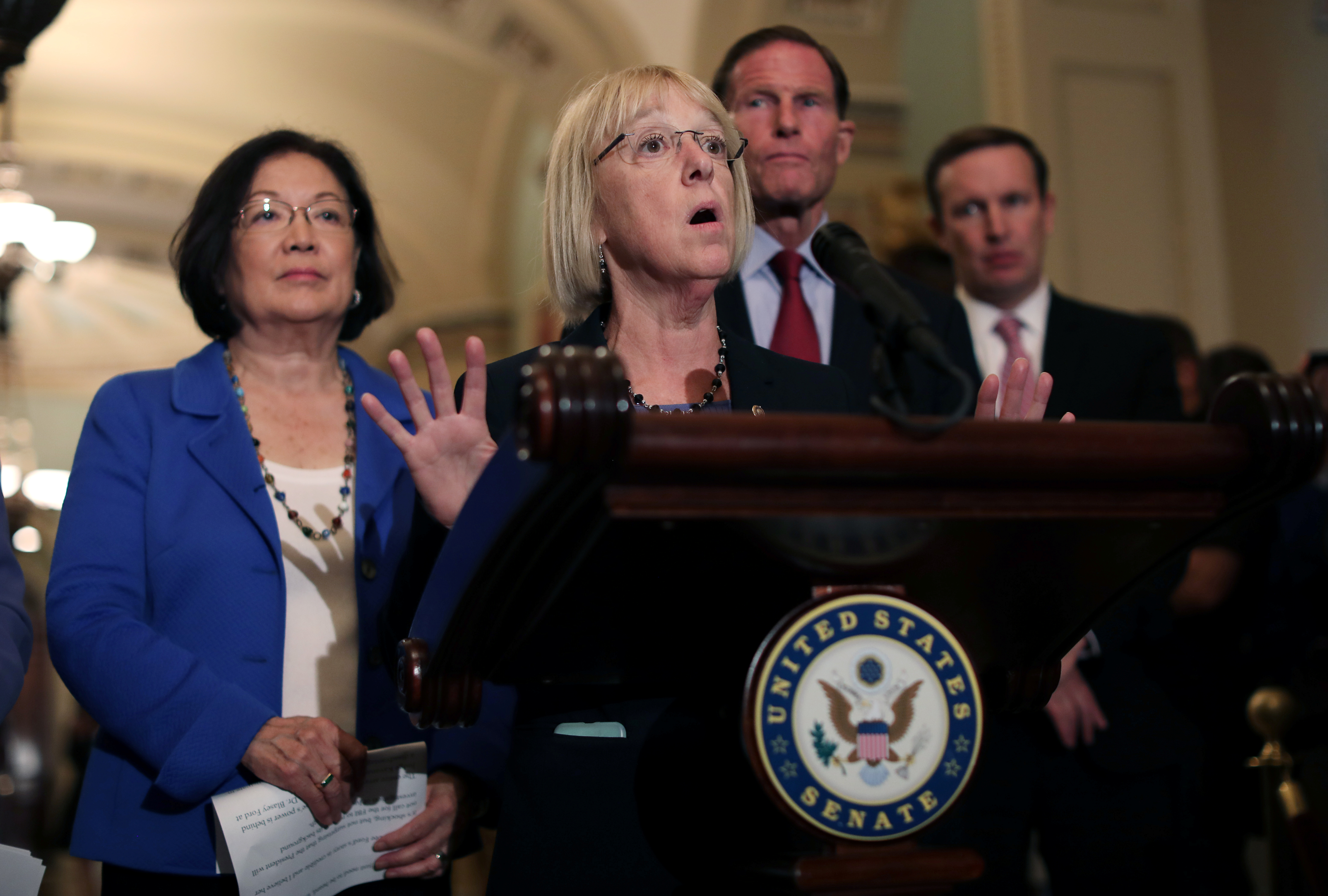 U.S. Senator Patty Murray speaks, with Senator Mazie Hirono on one side and Senators Richard Blumethal and Christopher Murphy on the other, about the Supreme Court nomination of Judge Brett Kavanaugh and the sexual assault accusation against Kavanaugh from 36 years ago, at the U.S. Capitol on Capitol Hill in Washington, U.S., September 18, 2018. REUTERS/Mike Segar

Democratic Washington Sen. Patty Murray, the ranking member of the Senate Health, Education, Labor and Pensions Committee, is committed to slow-walking further appointments to labor agencies until empty Democratic seats on the EEOC and National Labor Relations Board are filled.

The U.S. Chemical Safety Board is also set to lose its quorum as its three remaining board members near the end of their terms. Manuel Ehrlich is term-limited in December 2019 and Rick Engler in February 2020. Kristen Kulinowski, who also serves as the board’s interim executive, is set to leave the agency in August 2020.