President Donald Trump made clear Wednesday that he adamantly supports legal immigration in order to support the country’s growing economy.

The meeting included some of the country’s top CEOs such as Tim Cook of Apple, Marillyn Hewson of Lockheed Martin and Craig Menear of Home Depot, among numerous other executives and government officials.

“We want people to come in, but they have to come in through a process,” the president continued. “So we have a process that’s really moving along rapidly. Last year, we took in a large number of highly qualified, wonderful people. And they’re — for the most part, they’re working already in your companies.”

Trump explained the nuance of his immigration policy after one company executive remarked that the expanding economy has left American employers struggling to find human capital, i.e. workers. The president touted the county’s low unemployment rate, which he put at “probably” 3.6 or 3.7 percent.

“And, in one way, I love it,” Trump said of the low unemployment numbers. “But, in another way, I don’t want to make it hard for you to get those companies rolling with really great people. Because without the great people, it doesn’t work.”

The comments come as Trump continues to seek reforms to the numerous channels foreign nationals abuse to enter and stay in the U.S. illegally. 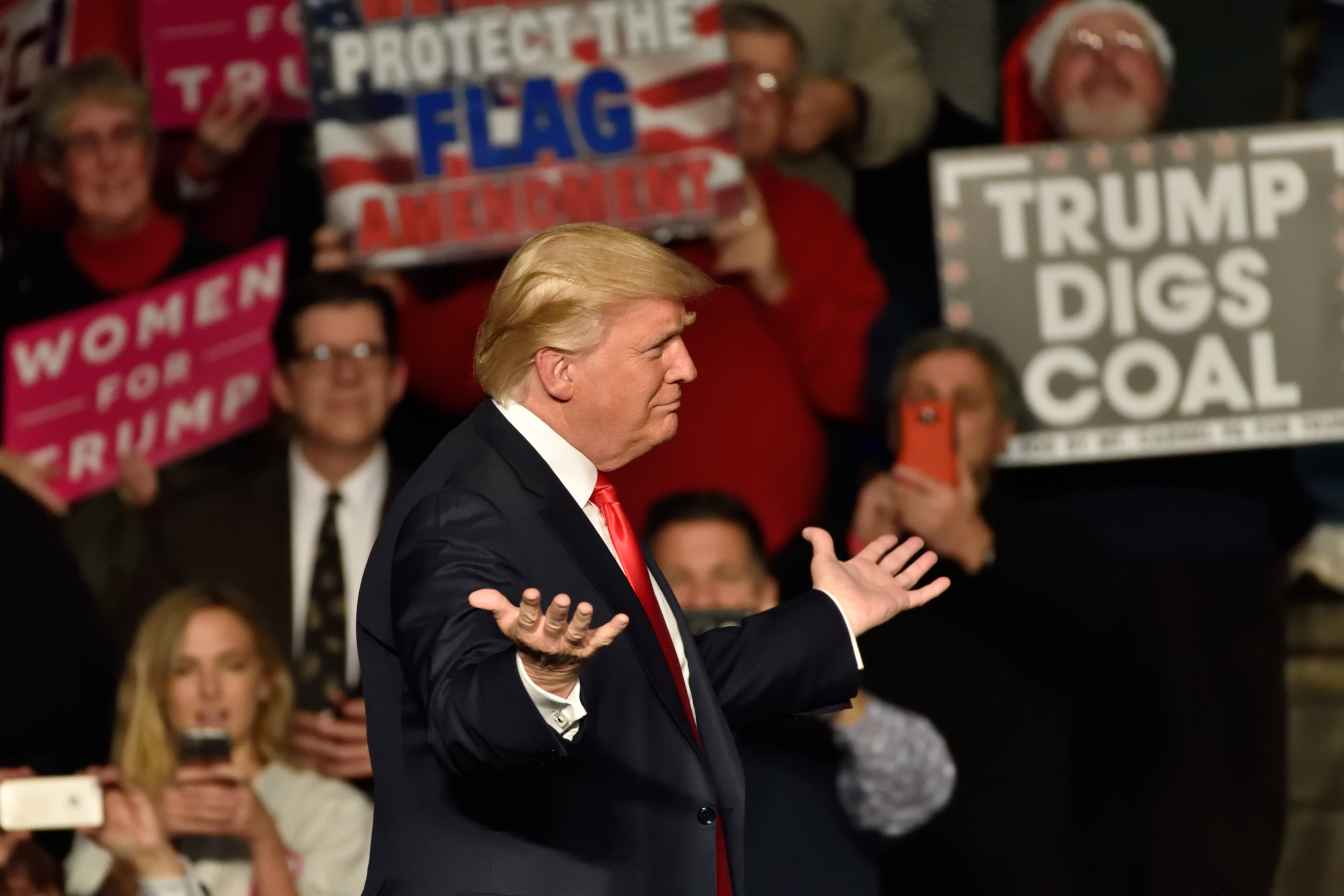 President-Elect Donald Trump opens his arms wide as he approaches Vice President-Elect Mike Pence on stage at a Thank You rally held at the Giant Center. Shutterstock

Beyond declaring a national emergency to secure more funding for a wall on the U.S.-Mexico border, Trump has also pushed for a “remain in Mexico” policy that aims to keep asylum seekers out of the U.S. as they await their court cases. He has also instituted tougher screening processes for those seeking immigrant and non-immigrant visas, resulting in a rise in Visa application rejections.

The Trump administration has also sought to defund jurisdictions — popularly known as sanctuary cities — that refuse to work with federal officials seeking out illegal immigrants. (RELATED: Trump Has Secured Funding For More Than Half Of Border Wall)

However, the Republican president has made clear that his administration is friendly to the free market. The Office of Information and Regulatory Affairs concluded in October that the White House has repealed a whopping 12 regulations for every one new regulation issued by federal departments — a clear indication of the administration’s deregulatory agenda.