Retired coal miners from three states traveled to Washington, D.C., to lobby lawmakers and put in place a federal safety net in case the United Mine Workers of America (UMWA) pension fund fails.

Coal industry veterans from Ohio, Pennsylvania and West Virginia spoke with lawmakers on Capitol Hill and attended a Subcommittee on Health, Education, Labor and Pensions hearing Thursday titled “The Cost of Inaction: Why Congress Must Address the Multiemployer Pension Crisis.” (RELATED: Trump Approved Two Coal Mining Operations Within Hours Of A Federal Board Voting To Shutter Coal Plants)

“We just want what we were promised, you know. We are going to fight and keep fighting,” Tony Kodric, a third-generation retired coal miner from Pennsylvania, told The Daily Caller News Foundation.

Recent coal plant closures and company bankruptcies have sent the pension fund to the edge of collapse. The fund will likely dry up by 2022, and possibly earlier if Murray Energy, the last major company propping up the dwindling fund, fails, Kodric said.

The UMWA labor union has pushed Congress for a fix for years. Democratic Sen. Joe Manchin and GOP Rep. David B. McKinley, both from West Virginia, have introduced sister bills into the House and Senate to amend federal law and transfer unused funds in the Abandoned Mine Land (AML) fund to the pension program.

Currently, transfers out of the AML fund is capped at $490 million over one year, according to the act. The new legislation would raise that cap to $720 million. The fund’s excess money is split among a variety of state, tribal and other causes, and the legislation would add the miners’ pension fund to the list of qualified recipients.

“This is the right thing to do to get these bills passed to get our pensions secured after all this time,” Jack Frazier, a retired coal miner from West Virginia, told TheDCNF.

The plan has bipartisan support, but also a significant number of critics. GOP Sen. Mike Enzi of Wyoming, a coal-producing state, opposes the legislation based on the precedent it could set: making American taxpayers responsible for underfunded company and union pension programs. 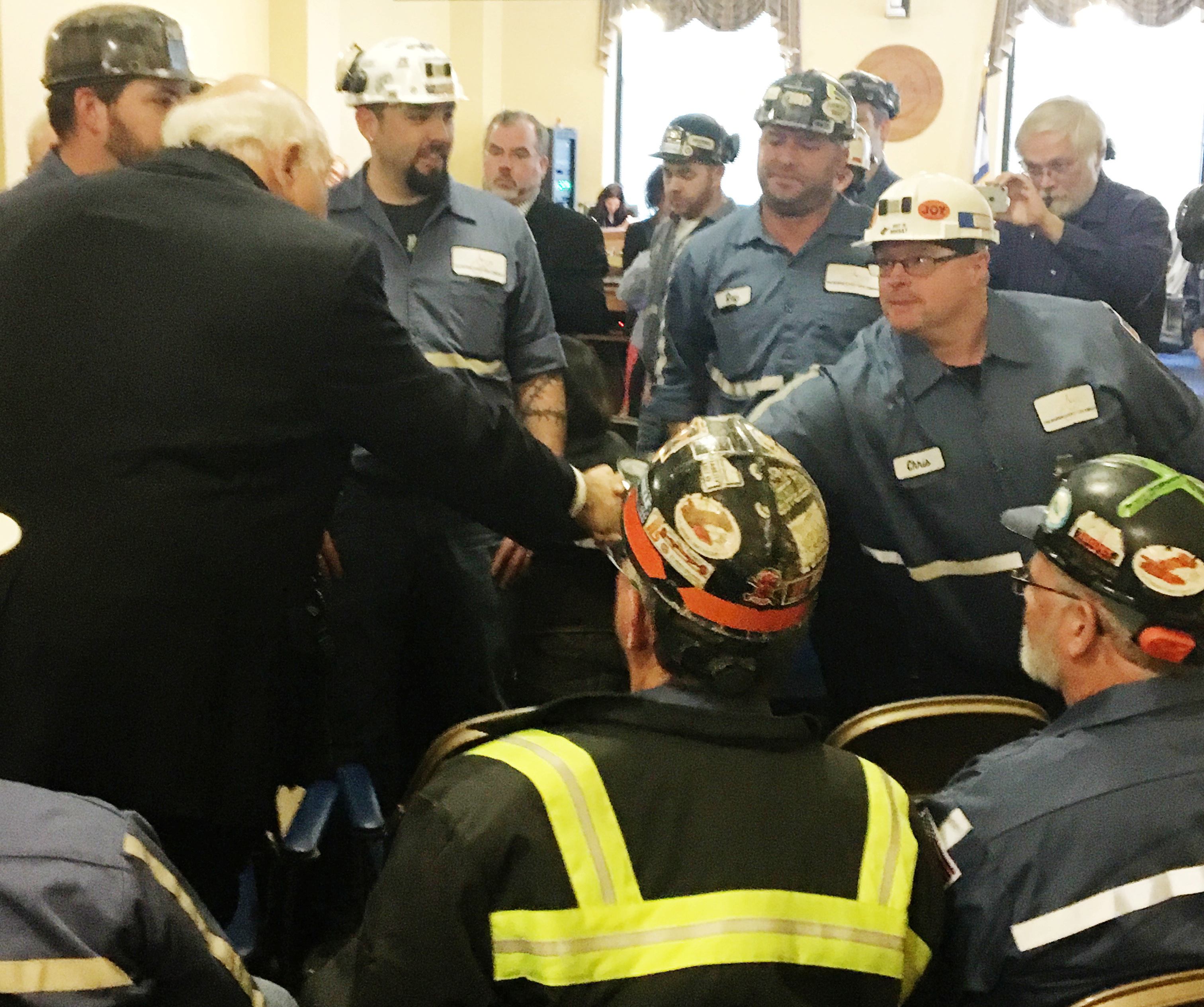 “Senator Enzi is dedicated to working with those mine workers in Wyoming whose health care has been impacted by the recent Westmoreland Mining Company bankruptcy, but he remains concerned about any legislation that encourages or helps union and private companies to rely on taxpayers when the union and companies fail to deliver on their promises,” Enzi spokeswoman Rachel Vliem told TheDCNF in a statement.

“He is specifically concerned that bailing out the UMWA pension would set a dangerous precedent and make the federal government liable to bail out other underfunded pension plans around the country. There are currently 1,300 union pension plans alone that are underfunded,” Vliem said, citing the conservative think-tank The Heritage Foundation.