One of the oldest and largest Wiccan organizations in the United States blasted Minnesota Democratic Rep. Ilhan Omar’s controversial comments regarding Israel.

“The statements of  Rep. Ilhan Omar were anti-Semitic and unacceptable. Through our members, a collective voice shared their shock at such hurtful anti-Semitic rhetoric and that this discriminatory, prejudiced language is unacceptable from anyone, especially any public figure,” Janine Nelson said in a statement to The Daily Caller News Foundation.

Their statement comes after the House of Representatives on Thursday voted 407-23 on a resolution condemning bigotry of all kinds. The resolution was brought forward following a string of comments from Omar that many lawmakers, including members of her own party, considered to be anti-Semitic.

Omar, one of the first two Muslim women elected to Congress, has come under fire for making a series of anti-Semitic tropes, such as suggesting support for Israel was based off financial support from pro-Israel lobbying groups, and later accused supporters of Israel of holding “allegiance to a foreign country.”

Democrats originally intended to pass a resolution that specifically condemned Omar’s anti-Semitic tropes, but under pressure from the party’s more progressive wing, opted instead to make a broad condemnation of all bigotry. The final resolution, which does not mention Omar, decries hateful rhetoric against Catholics, Jews, Hindus, Muslims and a number of ethnic groups. (RELATED: West Virginia Democratic Candidate Was Pagan Witchcraft Cult Leader) 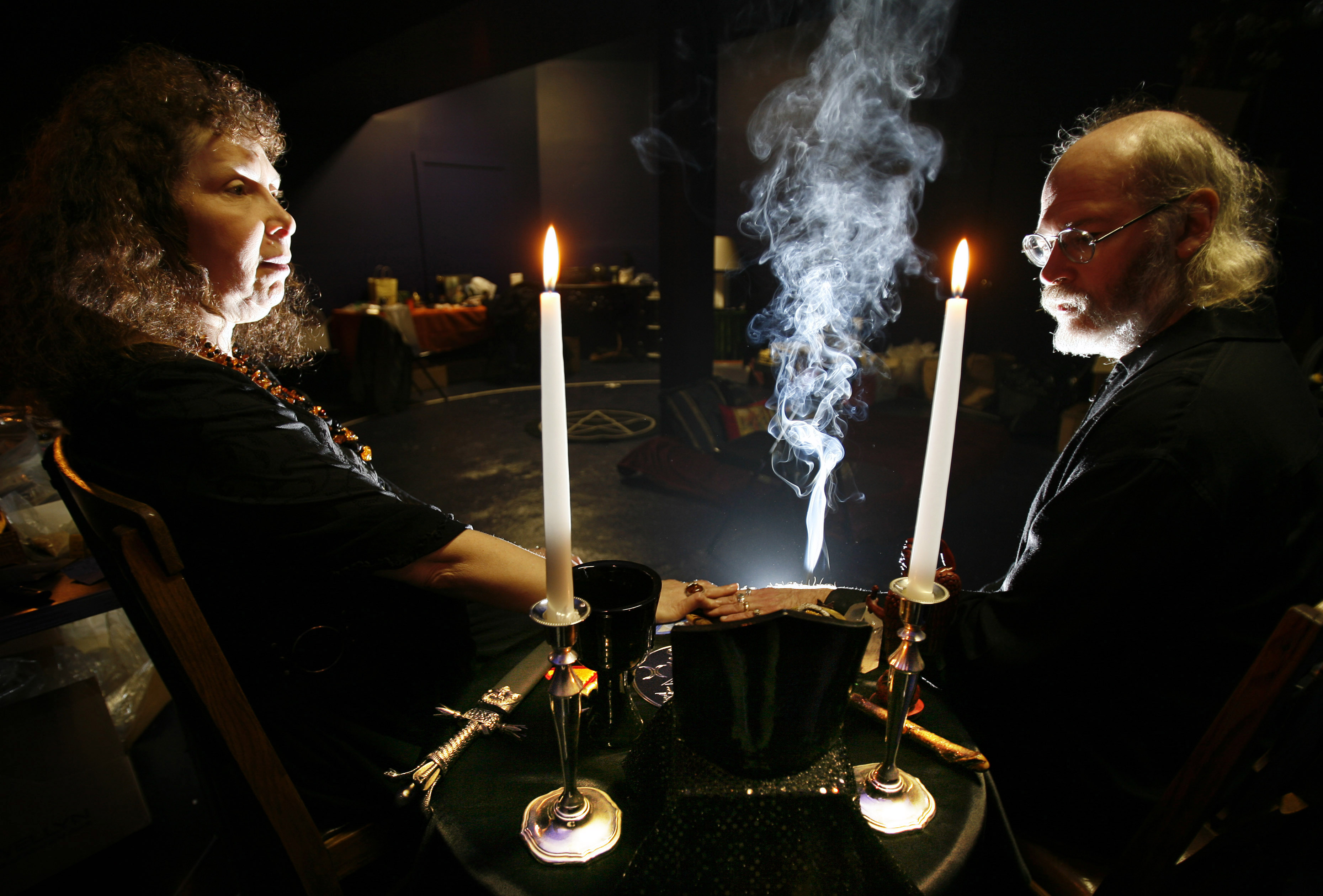 High priestess and priest Gypsy (L) and Richard Ravish sit at an Wiccan altar dedicated to “magick and the return of the old ways” at their store Nu Aeon in Salem, Massachusetts, October 25, 2006. Witches of Salem will celebrate the Wiccan new year of Samhain on October 31. REUTERS/Brian Snyder

The Covenant of the Goddess applauded the resolution, despite its exclusion of the Wiccan faith.

“[We are] pleased at the outcome of the passing of H.Res. 183. While it does not specifically include Wiccans, Witches or Pagans, it expands the rejection of intolerance to all religions,” Nelson continued in her statement. “The Covenant condemns intolerance and discrimination of any kind. We are also acutely aware that words matter, and every individual should have the liberty to pursue their spiritual calling without fear of persecution based on religion, race, or place of birth and origin.”