One credential in particular has been a boon to candidates President Donald Trump considers for judicial appointments: a clerkship with Justice Clarence Thomas.

As of this writing, the president has appointed seven Thomas clerks to the federal appeals courts, while an eighth is expected in the near future. As such, Thomas’s legal approach — sometimes branded unusual or idiosyncratic — can claim adherents among a new generation of judges.

“At this point, Justice Thomas is clearly the leading intellectual force on the conservative side of the bench,” said Carrie Severino, a former Thomas clerk who leads the Judicial Crisis Network, an advocacy group that supports Trump’s efforts to recast the judicial branch.

“His principled approach to the law is very much in the ascendency and those are the kind of judges that this president has pledged for the courts,” Severino added.

“I’m not going to hire clerks who have profound disagreements with me,” Thomas said during a 1999 lecture at the National Center for Policy Analysis. “Someone said that it’s like trying to train a pig. It wastes your time, and it aggravates the pig.”

As such, the Thomas chambers are an incubator for elite conservative legal talent, producing a pool of candidates for executive and judicial appointments in Republican administrations.

The Thomas clerk who most recently took the bench is Judge Allison Rushing, who was confirmed to the 4th U.S. Circuit Court of Appeals on Tuesday. Democrats and civil rights groups opposed her nomination.

Thomas, who has served on the court for over 25 years and will turn 71 in June, may well be succeeded by one of his own clerks. Eid and Stras are on the president’s list of possible nominees for the Supreme Court. Judge Margaret Ryan of the Armed Forces appeals court, a Thomas clerk whom former President George W. Bush appointed, is also listed.

Neomi Rao, who clerked for Thomas in the 2001 term, is currently awaiting confirmation to the D.C. Circuit. Senate Majority Leader Mitch McConnell teed up a cloture vote on her nomination Thursday, meaning a final confirmation vote will likely come next week. (RELATED: Masterpiece Cakeshop And Colorado Call Truce In Harassment, Discrimination Dispute)

Social conservatives met Rao’s nomination with skepticism, prompting several Republican lawmakers to consult privately with Thomas, though the substance of those discussions has not been made public. 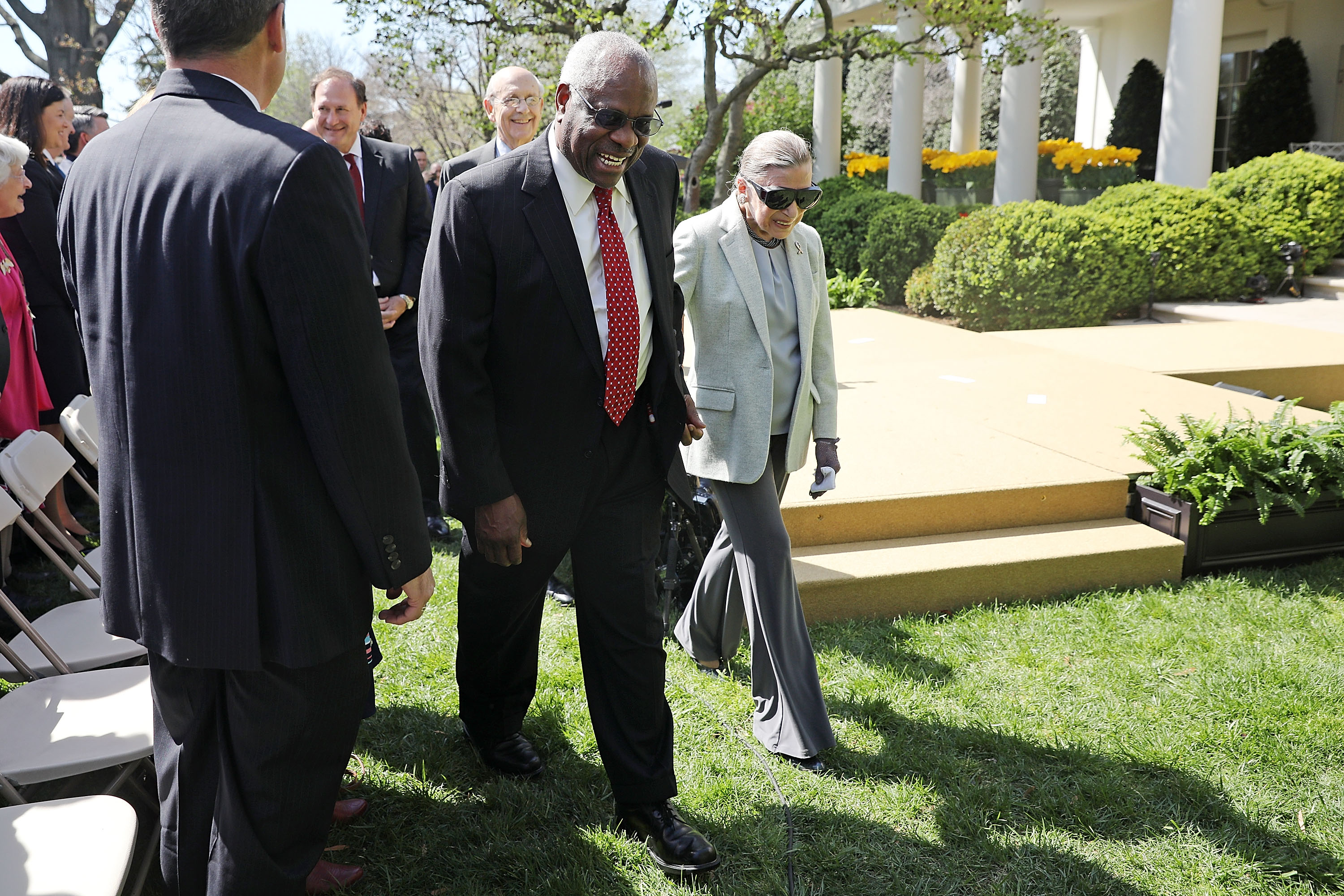 Thomas’s own thinking has already appeared in the written work of his proteges. Ho’s first opinion on the 5th Circuit was a dissent from the court’s refusal to review a decision upholding a $350 limit on campaign donations for Austin City Council races in Texas. Ho opened with a reference to a Thomas opinion that accused the courts of elevating certain constitutional protections over others. Additional Thomas citations recur throughout the opinion.

“Justice Thomas is an exceptional mentor,” Severino told The Daily Caller News Foundation. “He is someone that doesn’t just view his clerks as a great source of bright young labor for a year, but really as almost members of his family. He takes on a role in helping them and advising them on their careers.”

Perhaps most importantly, the justice also encourages his alumni to assist one another as a mutually supportive network. Recalling his own bitter confirmation, he hopes his acolytes will never want for allies.

“He encourages his clerks to get out of Dodge as fast as they can,” Severino told TheDCNF. “But for those of us who stay [in Washington], he wants to make sure that there’s always someone who will have your back in what can be a very dog-eat-dog town.”