President Donald Trump weighed in on a video of him flubbing Apple CEO Tim Cook’s name after a report from Axios Sunday that Trump told a group of donors the flub was “fake news.”

“At a recent round table meeting of business executives, [and] long after formally introducing Tim Cook of Apple, I quickly referred to Tim [plus] Apple as Tim/Apple as an easy way to save time [and] words,” Trump wrote on Twitter Monday. “The Fake News was disparagingly all over this, [and] it became yet another bad Trump story!”

At a recent round table meeting of business executives, & long after formally introducing Tim Cook of Apple, I quickly referred to Tim + Apple as Tim/Apple as an easy way to save time & words. The Fake News was disparagingly all over this, & it became yet another bad Trump story!

Cook changed his Twitter name to “Tim” followed by an Apple logo emoji Thursday after video of Trump messing up his name circulated on social media. (RELATED: Tim Cook Changes His Twitter Handle To ‘Tim Apple’ After Trump Gaffe)

“I mean, you’ve really put a big investment in our country. We appreciate it very much, Tim Apple,” Trump said in the video from their White House meeting Wednesday.

Axios reported that Trump claimed the recording of his gaffe was “fake news” during a meeting with Republican donors at Mar-a-Lago in Florida Friday night, according to donors present.

Two donors told Axios that Trump said he actually said “Tim Cook Apple” really fast during the meeting Wednesday. He also said he said “Cook” softly so audio did not pick it up, according to sources cited by Axios. 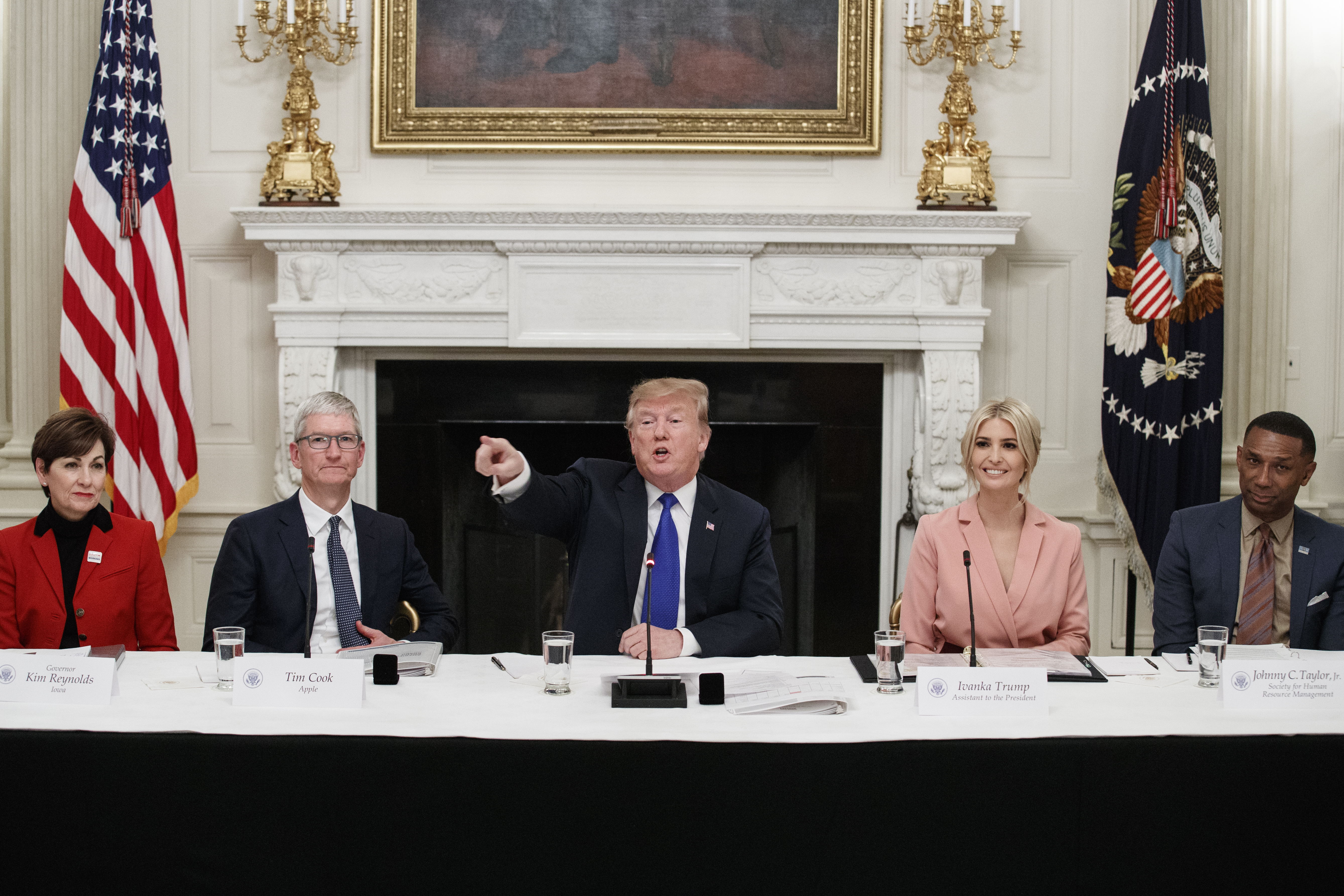 Trump and Cook’s Wednesday meeting covered tax reform and trade with China, reported CNBC. Cook and other CEOs joined Trump’s National Council for the American Worker to deal with the workplace shift caused by artificial intelligence.