The French government is putting the final touches on the legislation before releasing it, replacing vague goals with more concrete proposals. Around the country, demonstrations against high living costs and heavy taxes continue, though enthusiasm has waned since the protests began in mid-November, Reuters reports.

France’s economy suffered as protesters looted businesses in major cities, set fires, smashed storefronts and forced a significant police response. The French economy is lagging because of the protests and other factors that have experts concerned about potentially deep-rooted problems within the European Union’s second largest economy, Bloomberg reports. (RELATED: France’s Economy Is Reeling From Anti-Carbon Tax Protests)

The French economy expanded at an average pace of 0.7 percent per quarter throughout 2017. The next year, average quarterly growth fell to just 0.25 percent. The Bank of France forecasts similar growth in the first quarter of 2019, according to Bloomberg.

Macron wants his country to become a global leader on fighting climate change. One of the proposals in his forthcoming climate package is a commitment to become “carbon neutral” by 2050. Macron also wants to ween the country off nuclear power and focus on less-stable, renewable supplies such as wind and solar.

Macron’s climate package is on track to be taken up by the lower house of the French parliament in June, Reuters reports. 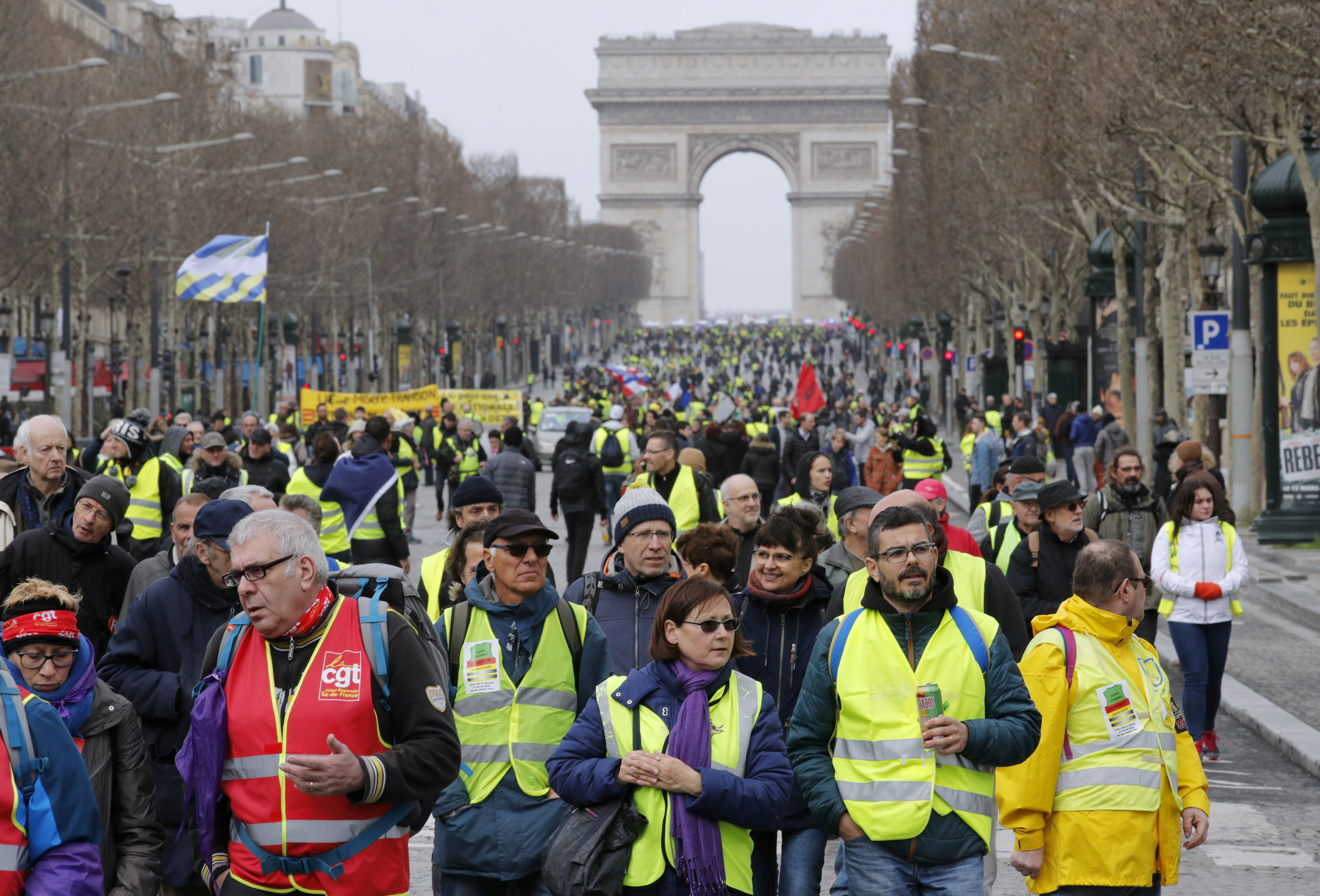 Protesters wearing yellow vests walk down the Champs Elysees during a demonstration by the “yellow vests” movement in Paris, France, March 9, 2019. REUTERS/Philippe Wojazer

In late January, the French president began holding town halls across the country in an attempt to quell the protests he stirred by proposing to raise the country’s gas tax again to push people away from using fossil fuels.

The approach signaled that the president was taking a more conciliatory approach to the protesters after publicly denouncing them weeks earlier. In a public address New Year’s Eve, Macron called the yellow vest protesters a “hateful mob” targeting “police, journalists, Jews, foreigners, homosexuals.”

The tough words backfired and incited protesters marched and fought with police the following weekend.