“Pretty sure I lost like 300 followers today for saying the exact same shit I’ve been saying since 2010 — and will continue to say until I’m dead or get booted off Twitter.” 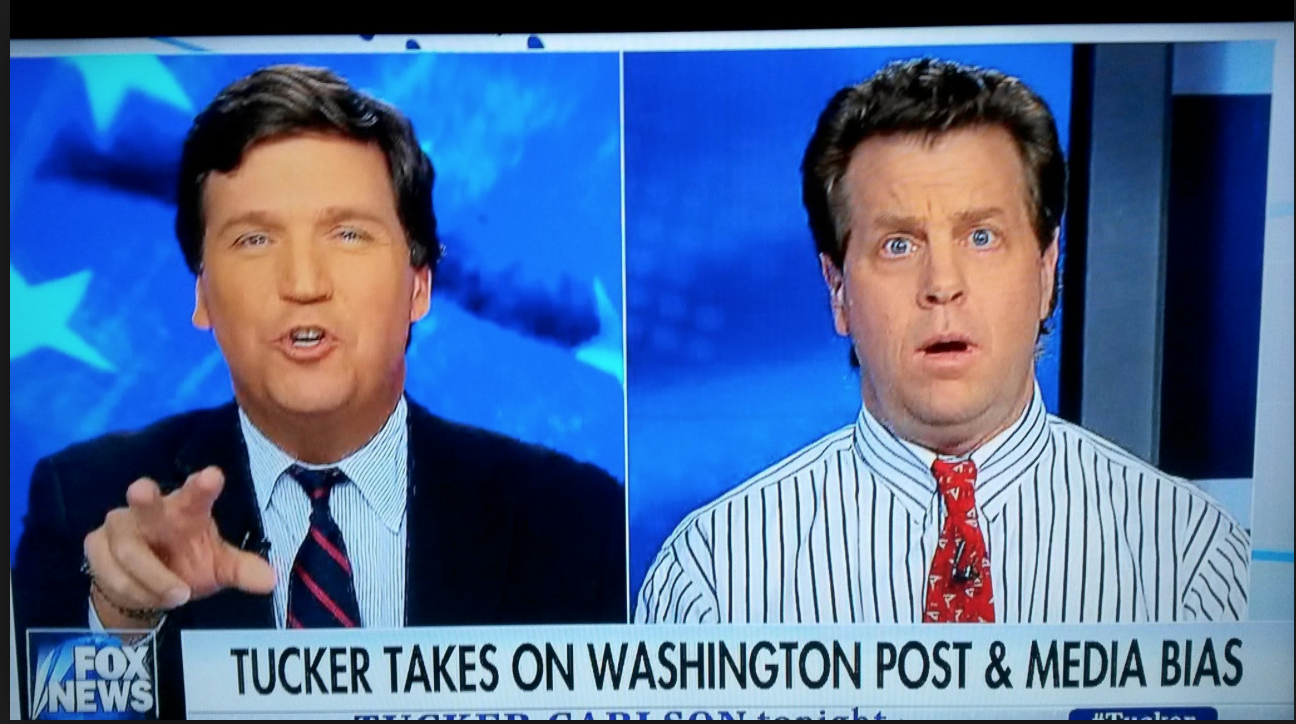 A journo, her pig, her dogs and one hell of a night

“I’m having a horrible night. I went to bring the pig in for the night around midnight. I let the dogs out with me. They usually follow me, sniff & pee. In the two minutes it took to get pig, they ran off. We’ve spent almost 2 hours looking for them [and] they’re nowhere to be found.”

“UPDATE: The lab came home panting. We went searching for my terrier again. Eventually found him sitting on the train tracks by our house. I bawled my eyes out once I got him in the car, realizing what could have happened. He looked at me like ‘sorry’ and licked my face.”

“Now that I’m coming down off my panic attack and I’m done crying, I shall try to sleep a bit. Try being the keyword.”

“Sure would be a shame is someone dug up some embarrassing information about Media Matters staffers Madeline Peltz, Cristina Lopez G, Eric Hanankoki, or any of the other cowards who hide behind the anonymous byline ‘Media Matters Staff.'”  — Michael Knowles, program host, The Daily Wire.

“If Joe Biden becomes the nominee he will 100% say the word ‘pussy’ at least once on the campaign trail.” — Gabriella Paiella, New York Mag’s The Cut.

“Are YOU a pick-aholic? Shocking image reveals the long-term damage caused by picking at your pimples.” — DailyMailOnline. Read the full piece on “pickaholism” here.  It’s not a pick-me-up. You’ve been warned.

“Ahhh yes tourist family. Thank you for standing on the left side of the escalator.” — Cameron Cawthorne, media analyst, Washington Free Beacon.

Nate Silver predicts ‘clusterfuck’ in Milwaukee at the DNC

“Milwaukee is a nice city in the summer, but not sure there are enough hotel rooms to host a convention there and it could wind up being kind of a clusterfuck.” — Nate Silver, editor-in-chief, FiveThirtyEight.

Trump’s ‘Tim Apple’ prompts  some journalists to change their names

“What oh nothing just checking up to see whether there’s anything new in the investigation into the body that was dumped just a few blocks from my house.” — Oliver Willis, senior reporter, ShareBlue.

“My uber driver is mad about everything and blaring the ‘Out of Africa’ soundtrack and I am loving this ride.” — Molly McKew, foreign policy and strategy consultant.

Laura Ingraham lashes out at CNN

Libby Watson, Splinter: “They looked awful on me. I sent them back immediately.”

Lyz Lenz, CJR: “If I spend $95 on a pair of leggings I want to be transformed into motherfucking GOOP.”

“Starting a new habit called ‘logging off of Twitter for the weekend.’ This place has been much more vicious/toxic as of late, and it’s not worth the mental strain. I’m looking forward to less of this – in general – and more of the real. Be better to one another!” — — Kimberly Ross, contributor, Washington Examiner.

On men, women and relationships

Krystle Baker, occasional contributor, The Federalist: “Dear Men, Just let us know what your intentions are upfront. I’m serious. Be frank, be real. Don’t worry about offending us–because if you’re honest from the beginning, we’re all good. Maybe we have the exact same intentions, but you’ll never know unless you freaking tell us.”

Brandon Darby, Breitbart News: “The problem, buddy, is that people’s intentions and what they actually do often differ. Even people being as sincere as possible end up being different than they presented themselves—because most people are constitutionally incapable of self-reflection.”

“Welp, at karaoke in D.C. tonight and someone played Michael Jackson. All the people in the news business are aghast and everyone else is loving it.” — Nikki Schwab, Washington reporter, New York Post. (RELATED: UK MJ Fans Protest The Documentary)

Sen. Kirsten Gillibrand (D-N.Y.) gets a #MeToo sexual harassment problem right in her own office. In one instance, the aide not fired allegedly “joked” that a “certain” woman couldn’t get laid unless she was raped. Here. See Politico‘s piece here.

Gwyneth Paltrow can’t get Jeff Bezos to give her the time of day. Here.

CNN host Jake Tapper‘s daughter has penned a book about “encouraging young girls to raise their hands.” The publisher is Penguin House. Next up: His dogs will write a book about the art of napping. Here. (RELATED: CNN’s Tapper Has A Weirdly Vulgar Email Exchange With BuzzFeed’s Ben Smith)

Rep. Tim Ryan on the benefits of mindful meditation

Mindfulness practices can help you respond rather than react to things, according to this congressman pic.twitter.com/Bhrtveg9mh