2020 Democratic hopeful Sen. Kirsten Gillibrand is facing a #MeToo reckoning in her own office after a female staffer resigned citing mishandling of her sexual harassment allegations against a male staffer.

The female staffer, who is in her mid-20s, told Politico about her experience in a story published Monday. Politico did not identify the woman. (RELATED: 2020 Democratic Hopeful Kirsten Gillibrand Can’t Even Get Her Home Delegation To Back Her)

“I trusted and leaned on this statement that you made: ‘You need to draw a line in the sand and say none of it is O.K. None of it is acceptable.’ Your office chose to go against your public belief that women shouldn’t accept sexual harassment in any form and portrayed my experience as a misinterpretation instead of what it actually was: harassment and ultimately, intimidation,” the woman wrote in a letter to Gillbrand Aug. 30, after tendering her resignation.

The woman reported that a male staffer, who was roughly ten years older than her and married, made unwanted advances toward her after he received a promotion. The male staffer, Abbas Malik, was demoted but not fired. The woman still had to work with him despite his new pattern of leaving her out of communications after she rebuffed him, she said. 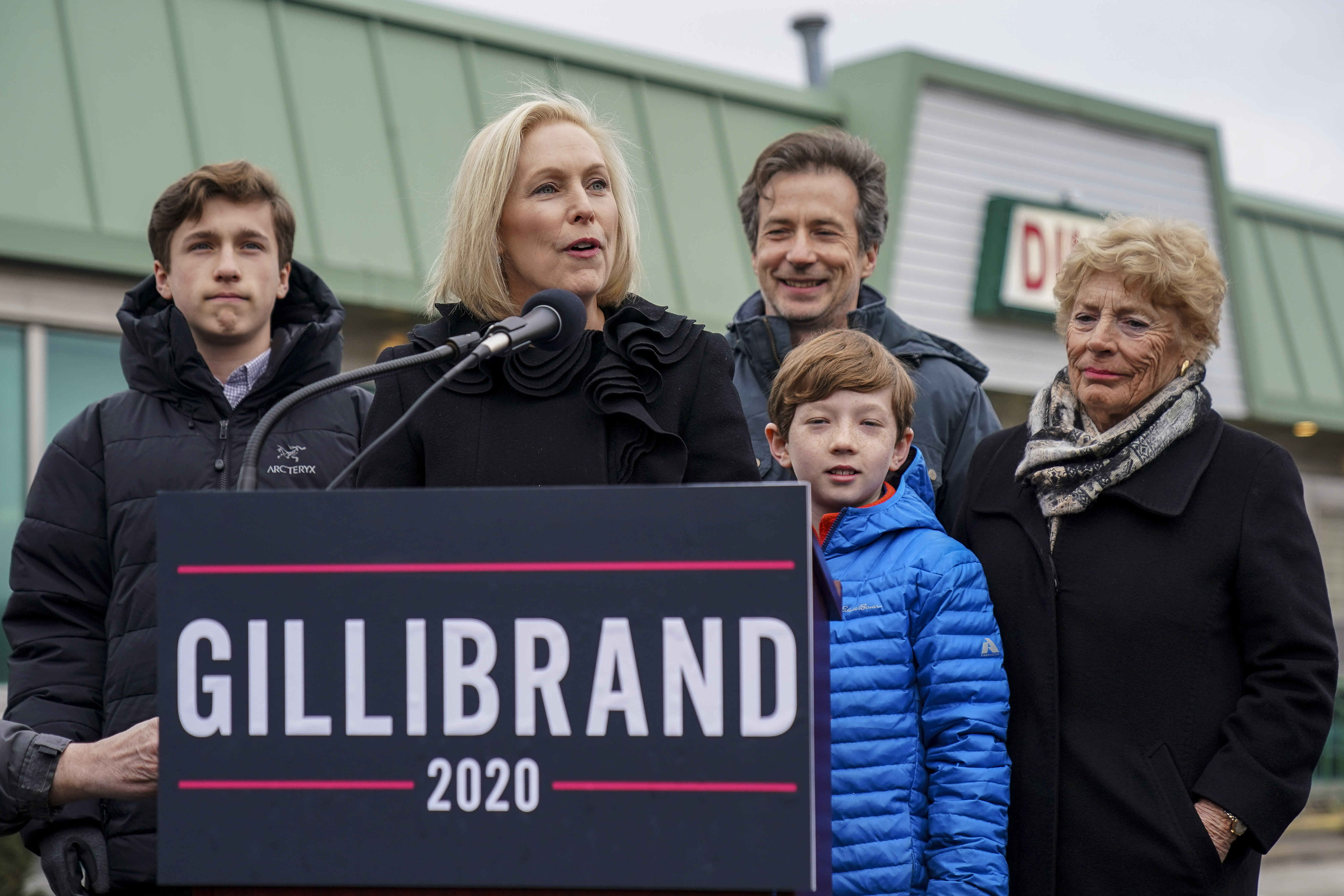 Surrounded by her family, Sen. Kirsten Gillibrand announces that she will run for president in 2020 outside the Country View Diner, January 16, 2019 in Troy, New York. (Photo by Drew Angerer/Getty Images)

Gillibrand’s office kept Malik on until last week, reported Politico. Politico took credit for the dismissal of Malik, one of the staffers Gillibrand herself was closest to:

Two weeks ago, however, POLITICO presented the office with its own findings of additional allegations of inappropriate workplace conduct by Malik. Among the claims were that he made a ‘joke’ about rape to a female colleague — a person whom the office had failed to contact last summer despite repeated urgings by Malik’s accuser to reach out to the person.

Gillibrand’s office opened a new investigation and dismissed Malik last week. Malik did not respond to requests for comment.

Gillibrand’s office responded to Politico with a lengthy statement.

“As I have long said, when allegations are made in the workplace, we must believe women so that serious investigations can actually take place, we can learn the facts, and there can be appropriate accountability,” Gillibrand said in a statement to Politico. “That’s exactly what happened at every step of this case last year. I told her that we loved her at the time and the same is true today.”

The woman told Politico about a so-called empty gesture from Gillibrand, who hugged the woman after the investigation but before she quit and said, “We love you.”

Neither Gillibrand nor her staff never responded to the woman’s Aug. 30 email, telling Politico that “engaging again on an already settled personnel matter was not the appropriate course of action.” Her office also said the email contained inaccuracies. Jess Fassler, Gillibrand’s chief of staff who is also in charge of her presidential bid, was one of the people copied on the woman’s email.

The woman resigned from Gillibrand’s office because of how her higher-ups handled the aftermath of the sexual harassment investigation, she said.

“When I had the courage to speak up about my harasser, I was belittled by her office and treated like an inconvenience,” the woman told Politico. “She kept a harasser on her staff until it proved politically untenable for her to do so.”

Fassler allegedly told the woman that she had misstepped too and risked being fired, including when she “fed” alcohol to Malik in one instance when they grabbed drinks in the Capitol’s courtyard.

Gillibrand’s office did not use a third-party to conduct the investigation into the woman’s claims even though experts like Kristin Nicholson, co-founder of Congress Too, said it “seems to be a method that increases fairness for all parties concerned,” according to Politico.

Gillibrand is all but guaranteed to run for president in 2020. But some major Democratic donors say they will not support her after her vilification of former Democratic Minnesota Sen. Al Franken following allegations of sexual misconduct against him. The senator also told The New York Times in a 2017 interview that former president Bill Clinton should have resigned because of his affair with White House intern Monica Lewinsky.

Gillibrand is struggling to win over members of the congressional delegation in her home state of New York.

The Daily Caller News Foundation reached out to Gillibrand’s office for comment but did not receive a response at the time of publication.