New York Democratic Rep. Alexandria Ocasio-Cortez said people should be “excited” rather than fearful about the prospect of robots in the workplace at a conference in Austin, Texas, Saturday.

Ocasio-Cortez’s comments came during a Q-and-A session at the South By Southwest Conference & Festivals, according to The Verge. 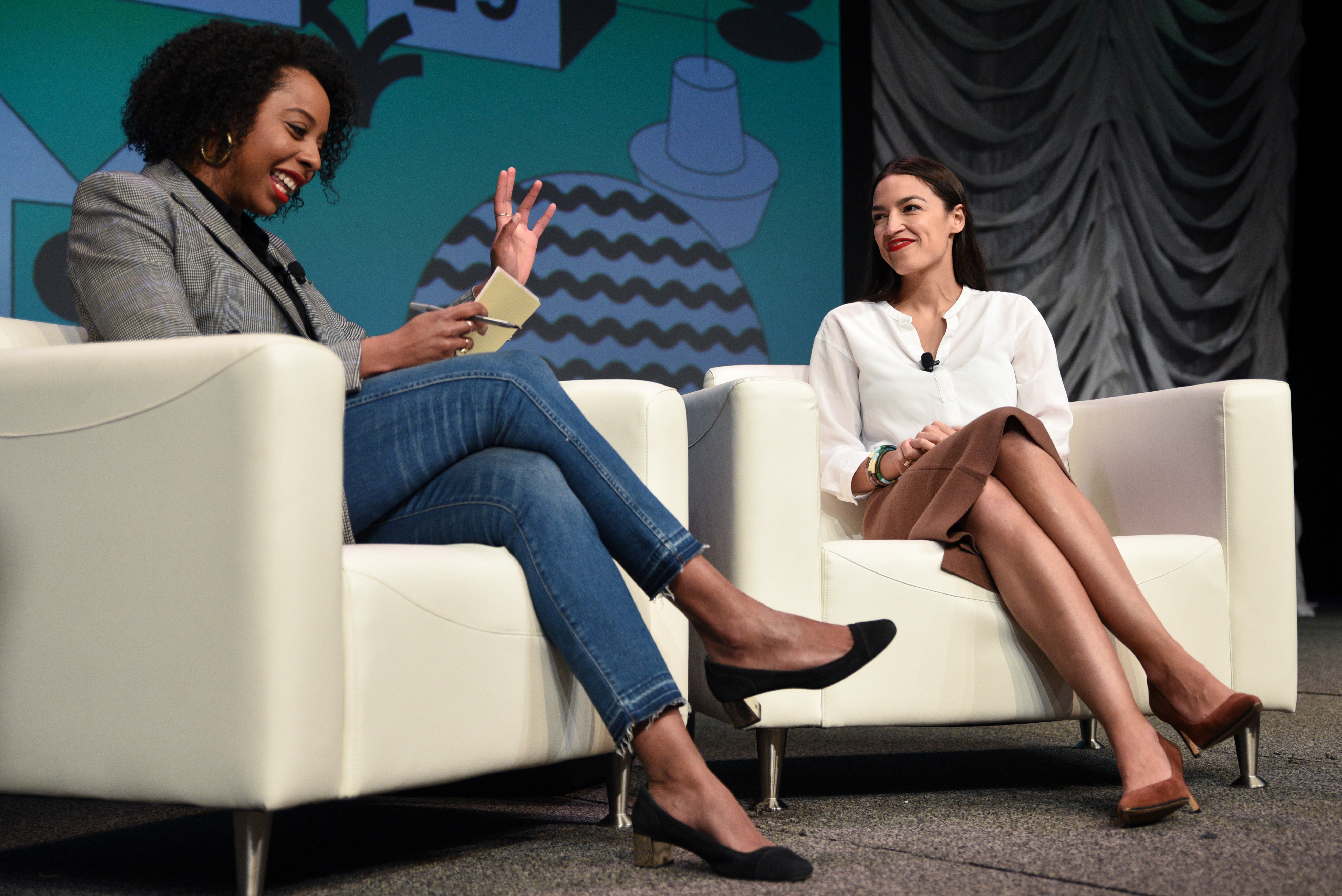 The self-described Democratic-Socialist really worked the crowd at the festival, calling the current state of America “garbage,” blasting capitalism, Ronald Reagan, the New Deal and even political moderates.

She also offered solutions to those who “fear” socialism, which prompted excitement in liberal TV scientist Bill Nye, who tweeted that Ocasio-Cortez “gets it.” (RELATED: Report: Rep. Ocasio-Cortez Has Violated Her Own Green New Deal)

As the congresswoman sees it, automation presents opportunities for people not to work, and because people are scared of not having jobs, fear of workplace robots comes from deep-rooted societal issues.

“We should be excited by [automation]. But the reason we’re not excited by it is because we live in a society where if you don’t have a job, you are left to die. And that is, at its core, our problem,” insisted Ocasio-Cortez. (RELATED: Rep. Ocasio-Cortez Instructs Americans To Eat Fewer Hamburgers)

Ocasio-Cortez challenged the audience to think of what they could do with their time if they didn’t have to work the kinds of jobs that automated labor could do for us.

“We should be excited about automation, because what it could potentially mean is more time educating ourselves, more time creating art, more time investing in and investigating the sciences, more time focused on invention, more time going to space, more time enjoying the world that we live in,” she said, noting that “not all creativity needs to be bonded by wage.”

Ocasio-Cortez reportedly attracted the largest audience at the festival that also featured Democratic presidential candidates. According to Fox News, she reserved some measure of animus for capitalism that she declared to be “an ideology of capital,” which she claimed “comes at a cost to people and to the environment” and makes it “irredeemable.”

“We should be scared right now because corporations have taken over our government.”