The largest organization of labor unions in the U.S. slammed the Green New Deal Friday for combating climate change by threatening the livelihoods of millions of Americans.

“We welcome the call for labor rights and dialogue with labor, but the Green New Deal resolution is far too short on specific solutions that speak to the jobs of our members and the critical sections of our economy,” the letter, signed by 10 national labor unions on the AFL-CIO’s energy committee, says.

The Green New Deal calls for an end to fossil fuel use and heavy investment in renewable energy technology such as wind and solar. Meeting the resolution’s goals would require a massive restructuring of the American economy.

Electricity production from fossil fuels makes up about 64 percent of the United States’ total energy demand. Nuclear energy, a clean energy left out of the Green New Deal, makes up about 19 percent of the U.S. energy mix. Wind and solar energy make up just over 8 percent, according to 2018 data from the U.S. Energy Information Administration. 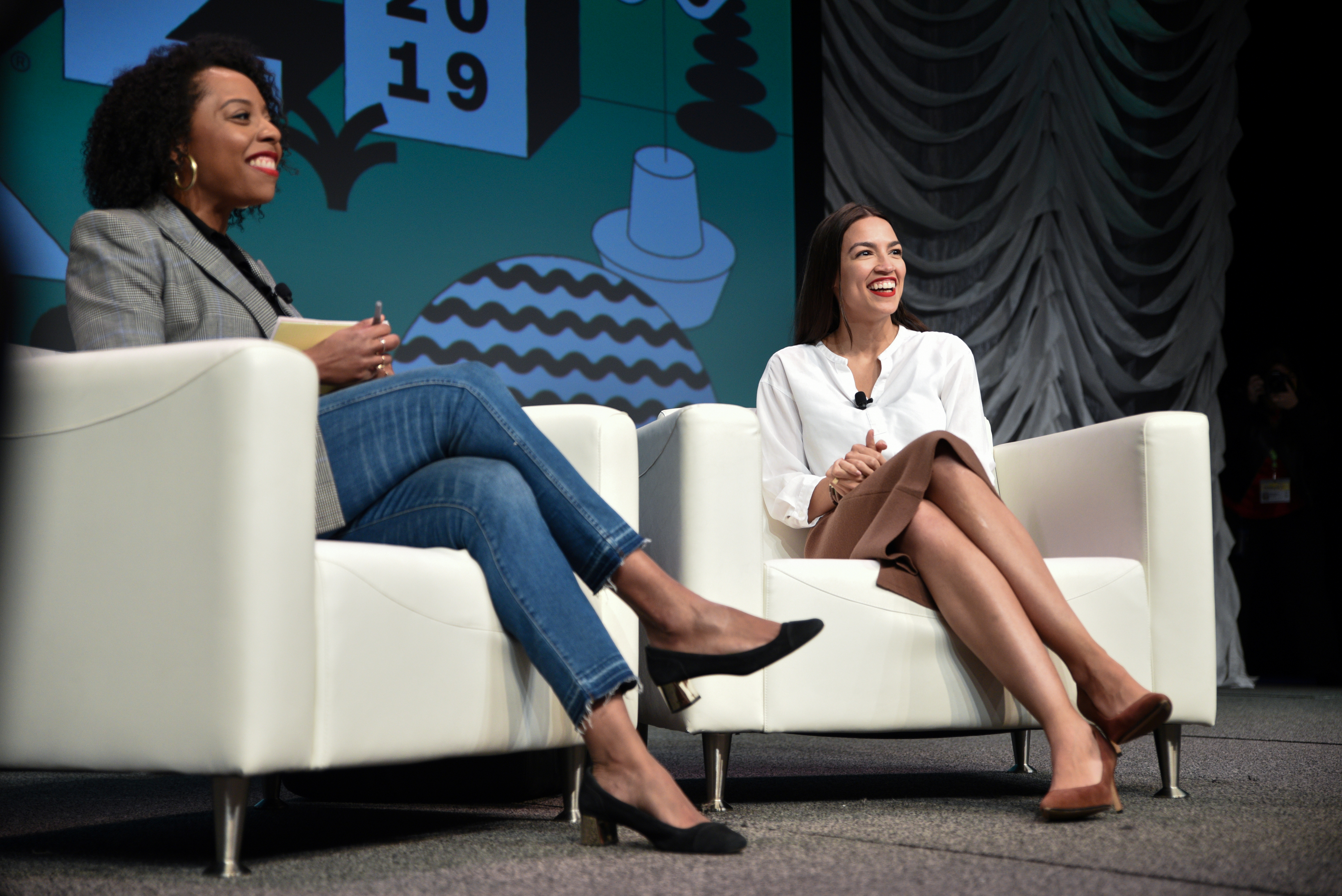 Democratic Rep. Alexandria Ocasio-Cortez speaks about the first few months of her tenure in congress with Briahna Gray at the South by Southwest conference and festivals in Austin, Texas, March 9, 2019. REUTERS/Sergio Flores

“We should not be haunted by the specter of being automated out of work,” Ocasio-Cortez told a crowd at the South by Southwest festival Saturday in response to a question about the threat of automation to jobs, according to The Verge.

“We should be excited by that. But the reason we’re not excited by it is because we live in a society where if you don’t have a job, you are left to die. And that is, at its core, our problem,” Ocasio-Cortez said, pushing for further automation to free up time for people to be creative and “[enjoy] the world that we live in,” instead.