Media Matters President Angelo Carusone is currently leading a boycott campaign against Fox News host Tucker Carlson, a co-founder of The Daily Caller News Foundation, in an attempt to get him fired.

Carusone and Media Matters, which openly pine for the destruction of Fox News, have justified the left-wing boycott campaign by pointing to a number of statements that Carlson made on a radio shock jock show between 2006 and 2011.

Carusone posted a lengthy diatribe in November 2005 about a Bangladeshi man who was robbed by “a gang of transvestites,” as Carusone described it. Carusone was offended that the gang was described as “attractive” in an article.

“Did you notice the word attractive? What the fuck is that doing in there? Is the write[r] a tranny lover too? Or, perhaps he’s trying to justify how these trannies tricked this Bangladeshi in the first place? Look man, we don’t need to know whether or not they were attractive. The fucking guy was Bangladeshi,” Carusone wrote. “And while we’re out, what the hell was he doing with $7,300 worth of stuff. The guy’s Banladeshi! [sic]”

Carusone also chided police for not advising the public to “stay away from tranny bars, stay away from places [sic] where Eddie Murphy and Robert Downey Jr. have/are visiting, don’t fucking kiss a transvestite, don’t bring a group of transvestites back to your room, etc…” 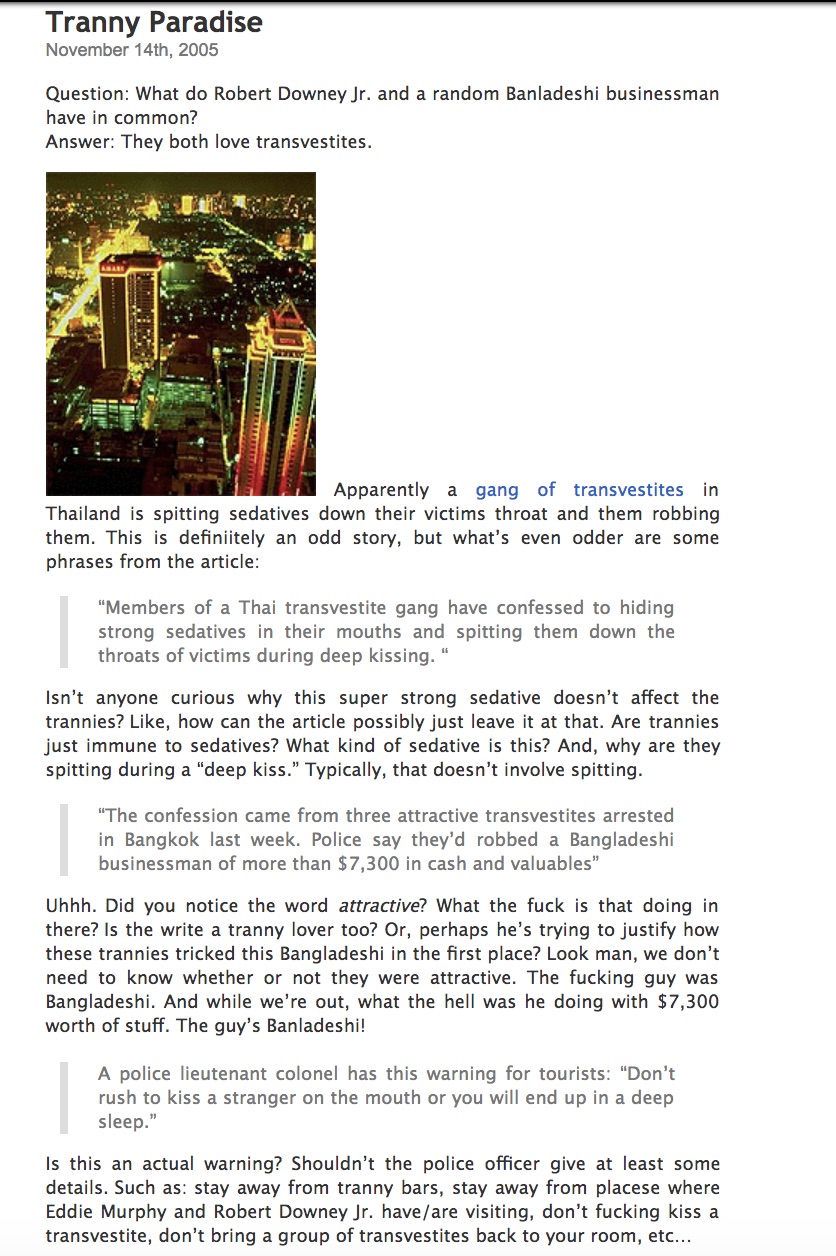 In another post that same month, Carusone downplayed a male basketball coach’s alleged sexual and physical abuse of his female players, adding, “lighten up Japs,” using what is considered an ethnic slur. 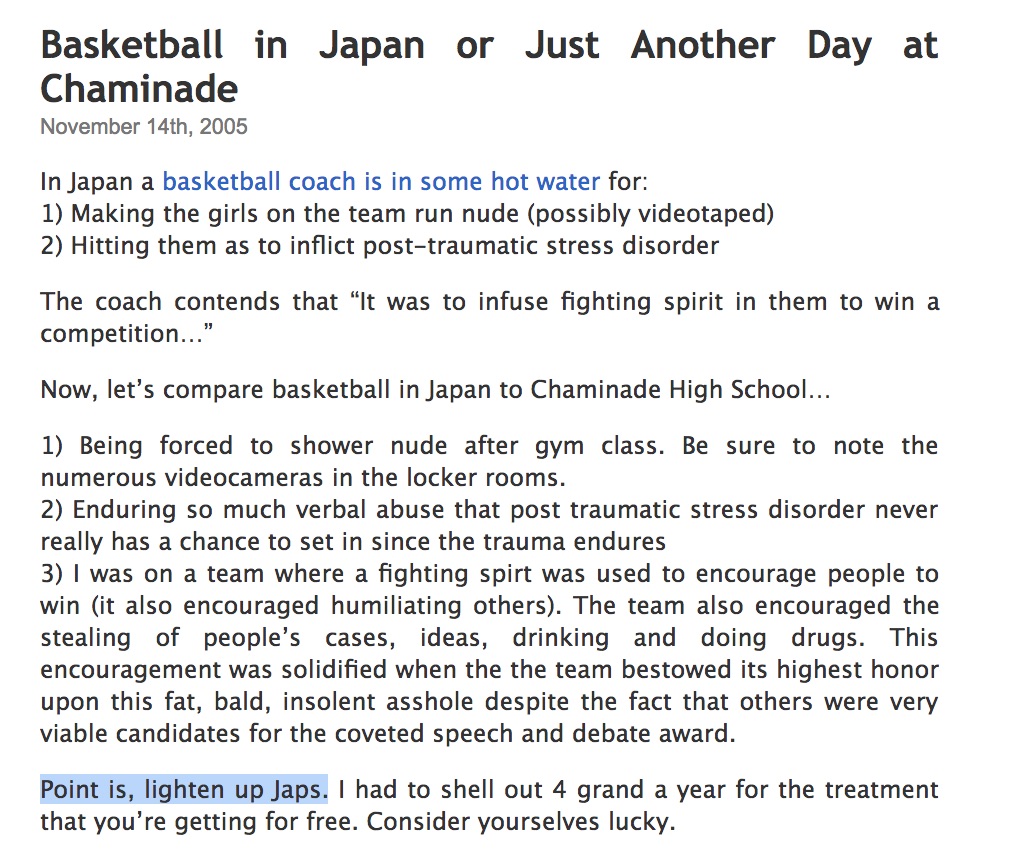 In another November 2005 blog post, Carusone praised former Democratic West Virginia Sen. Robert Byrd, a former grandmaster of the Klu Klux Klan, as one of his ten favorite public figures. “In his lunacy, we trust,” Carusone wrote of Byrd.

Carusone made anti-Semitic comments on his blog as well.

He wrote in one October 2005 post that “despite his jewry, you KNOW he’s adorable,” referring to his boyfriend. 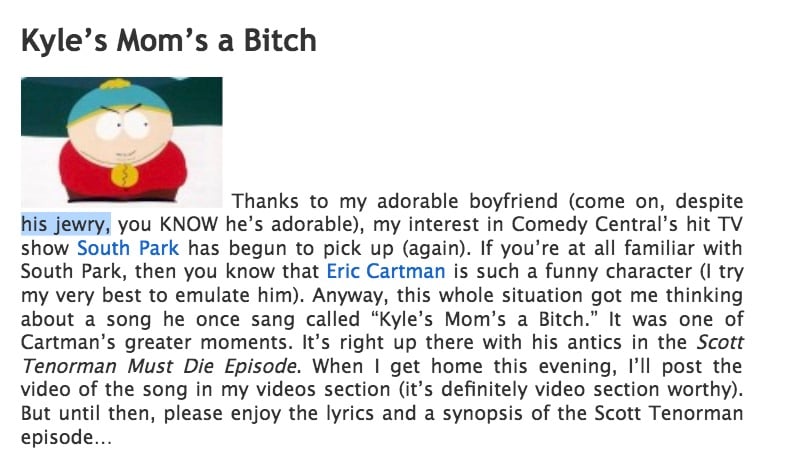 In another post, Carusone claimed that his boyfriend only leaned conservative “as a result of his possession of several bags of Jewish gold.”

Carusone did not return an inquiry from TheDCNF asking whether he sees any contradiction between his boycott campaigns and his own past comments.

Carusone previously dismissed concerns about his past anti-Semitic comments on the grounds that his longtime partner is Jewish.

Prominent conservatives have rallied behind Carlson.

Ben Shapiro derided Media Matters as “a political smear factory designed to perform precisely that function against anyone to the right of Hillary Clinton.”

“Our nation cannot maintain its culture of free speech if we continue to reward those who seek to destroy careers rather than rebut ideas,” National Review’s David French wrote in a column on Monday.

“And when you reward a Media Matters search-and-destroy fishing expedition with calls for boycotts or reprisals, then you are doing your part to destroy debate. It’s vengeful. It’s cowardly. And it’s exactly the online world that spiteful partisans want to build,” French added.