Cardinal George Pell, the highest-ranking Catholic clergyman ever convicted of child sex crimes, will face a rare live court broadcast Wednesday as he appears before a judge in Melbourne, Australia to receive his sentence.

Pell was the Vatican’s treasurer and a close adviser to Pope Francis until February, when he took a leave of absence to face sex abuse charges in his home country of Australia.  He was found unanimously guilty in December of assaulting two 13-year-old choir boys during the mid-1990s in the sacristy of St. Patrick’s, when Pell was the archbishop of Melbourne. 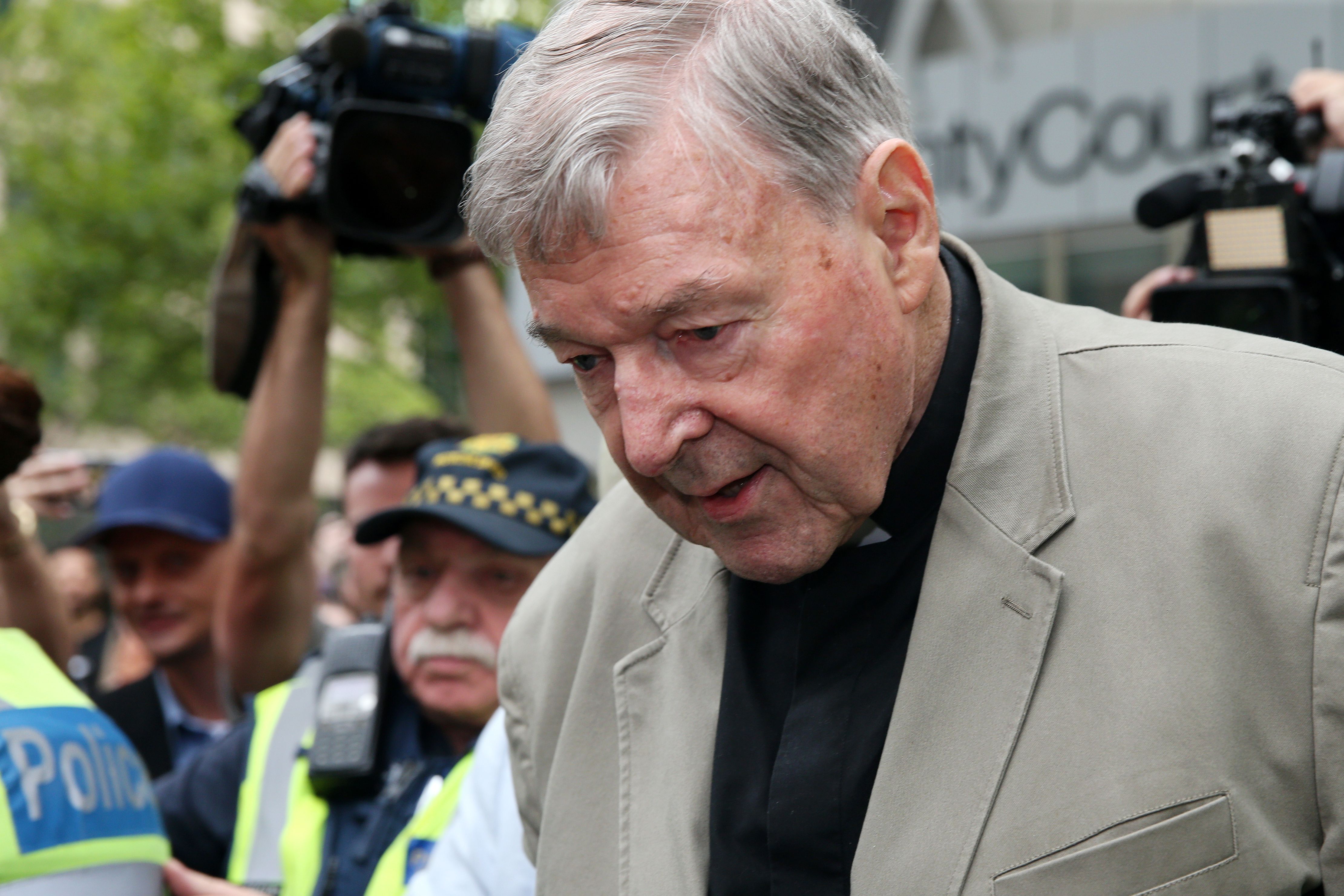 The verdict was announced February 26, after a controversial gag order barring the media from reporting on the case had expired. It immediately drew worldwide attention due to Pell’s senior Vatican position. (RELATED: Pope Francis Has A Pedophile Problem)

The 77-year-old priest, once the third highest Vatican official, faces substantial jail time. His counts include sexual penetration of a child and four indecent acts with a child, each carrying a 10-year maximum jail sentence, or 50 years total. While it is unknown what sentence will come down, Peter Kidd, the Chief Judge for Victoria’s state County Court who will preside over tomorrow’s sentencing, has called the crimes “callous, brazen” acts.

Live court proceedings, a common occurrence in the U.S., are the exception in Australia. “The County Court is committed to the principles of open justice,” a court spokesman said in a brief statement. Wednesday’s hearing is expected to draw a massive court crowd and broadcast viewership. It will be broadcast at 7pm Melbourne time, which is 4am on the East Coast.

Pell remains a cardinal, and has been held at the Melbourne Assessment Prison since the verdict was announced February 27 and his bail was revoked. He has denied all allegations and appealed the matter. A hearing is scheduled for June 5.

The conviction announcement came on the heels of the inaugural “Vatican Summit On Sex Abuse,” a worldwide gathering of 175 bishops Pell convened to discuss the issue of clerical pedophilia. On February 27, the Vatican announced a formal investigation into the Cardinal, and has said they will support Pell pending the outcome of his appeal.