Dick’s Sporting Goods announced its decision Tuesday to stop selling guns at 125 of its over 700 stores.

The retail outlet, which tested the idea of removing guns entirely from its stock in 10 of its stores in 2018, will expand that concept and use the space in those stores to sell what it considers faster-selling, higher-margin items like outdoor recreation equipment and licensed sports gear, the The Wall Street Journal reported.

Sales have declined steadily of late — down 3.1 percent for fiscal year end Feb. 2 — since CEO Ed Stack’s decision to implement anti-gun measures such as the exclusion of under-21 buyers and the elimination of so-called “assault-style” weapons and high-capacity magazines, and Stack has acknowledged those decisions as a key factor. 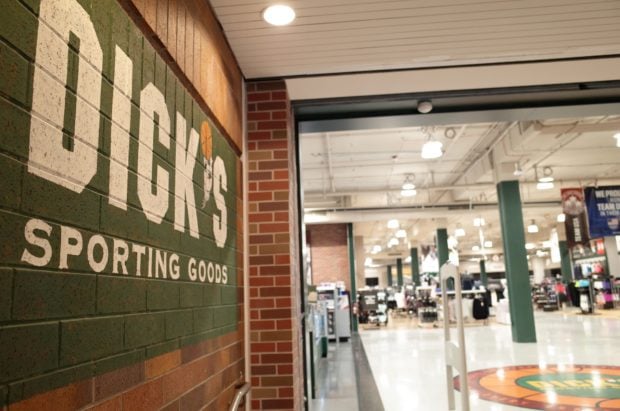 The entrance to the Dick’s Sporting Goods store is seen in Glendale, California on February 28, 2018. AFP PHOTO / Robyn Beck

However, although the company experienced a 2.2 percent decline in quarterly same store sales, the last quarter actually saw an increase in the 10 test stores, Stack told The Wall Street Journal. The selected gun-free stores will be in carefully selected markets where hunting isn’t as popular. (RELATED: Palmetto State Armory Gives Dick’s Sporting Goods A Swirly In The Locker Room)

The move seems to be the retailer’s latest attempt to display its progressive stance on guns, and follows decisions such as that made by some stores to destroy their entire stock of AR-15s instead of returning them to their manufacturers.