Maimed and disabled animals are finding sanctuary at a farm in Israel created as an education center for visitors to learn about the treatment of animals.

Animal rights activists Adit Romano and Meital Ben Ari founded “Freedom Farm,” an organization that provides a refuge for disabled animals that are otherwise slaughtered, Reuters reported Tuesday. Most of the animals on the farm were either donated by farmers or rescued by the group.

“The farm will be mainly used as an active visitor center, an educational center, and as a place that with the help of all senses widens the heart towards industrial animals in the purest manner,” according to its website.

The farm houses roughly 240 animals, including a sheep with leg braces, a three-legged donkey and a blind goat. More than 50 chickens from a breeding coop arrived at the farm in December 2018.

The farm spans five acres in Moshav Olesh, an agricultural community located in central Israel. It is Israel’s only farm that serves as both an animal rescue and educational sanctuary, according to Reuters. 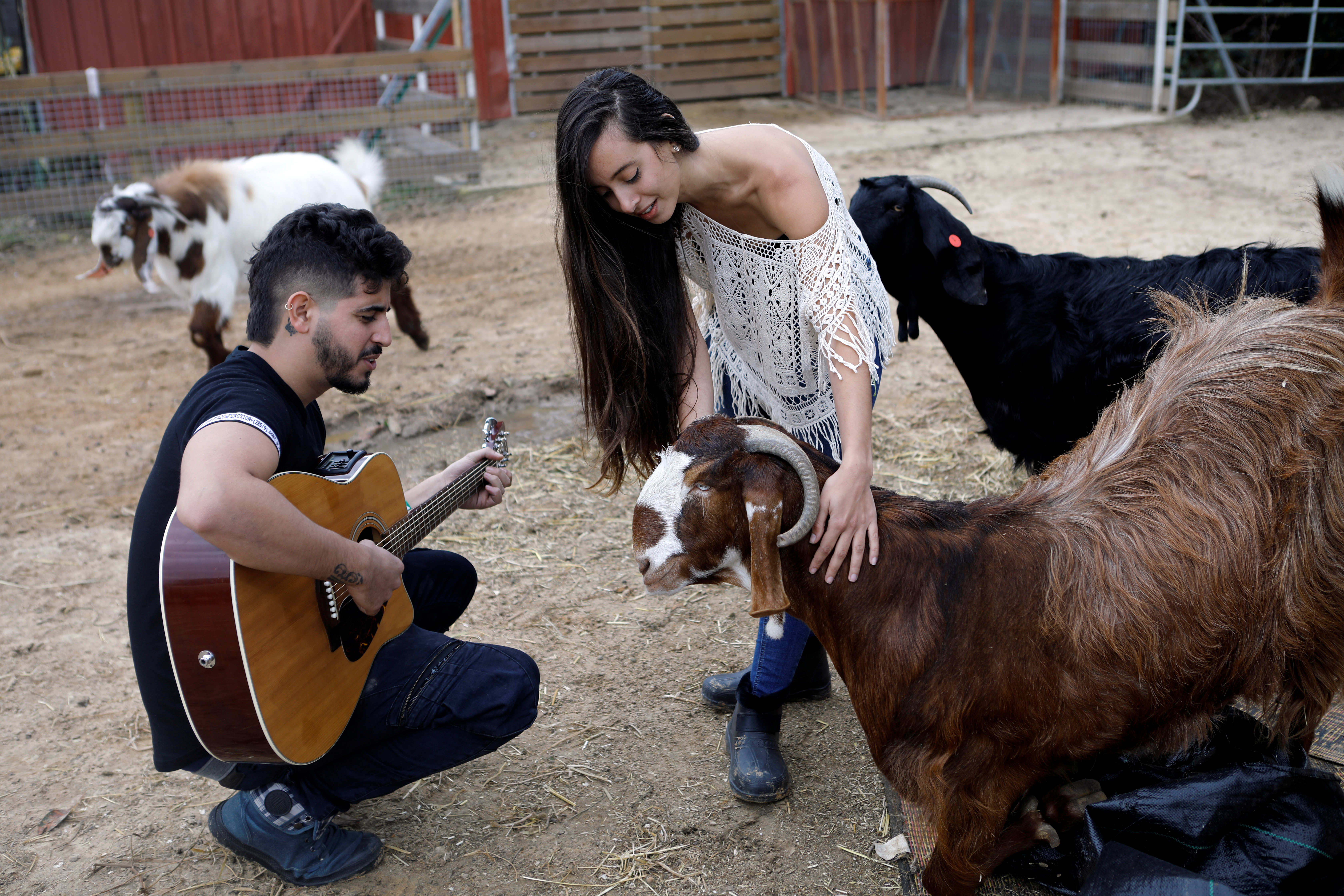 A volunteer plays guitar as another pats a goat at “Freedom Farm” which serves as a refuge for mostly disabled animals in Moshav Olesh, Israel March 7, 2019. Picture taken March 7, 2019. REUTERS/Nir Elias 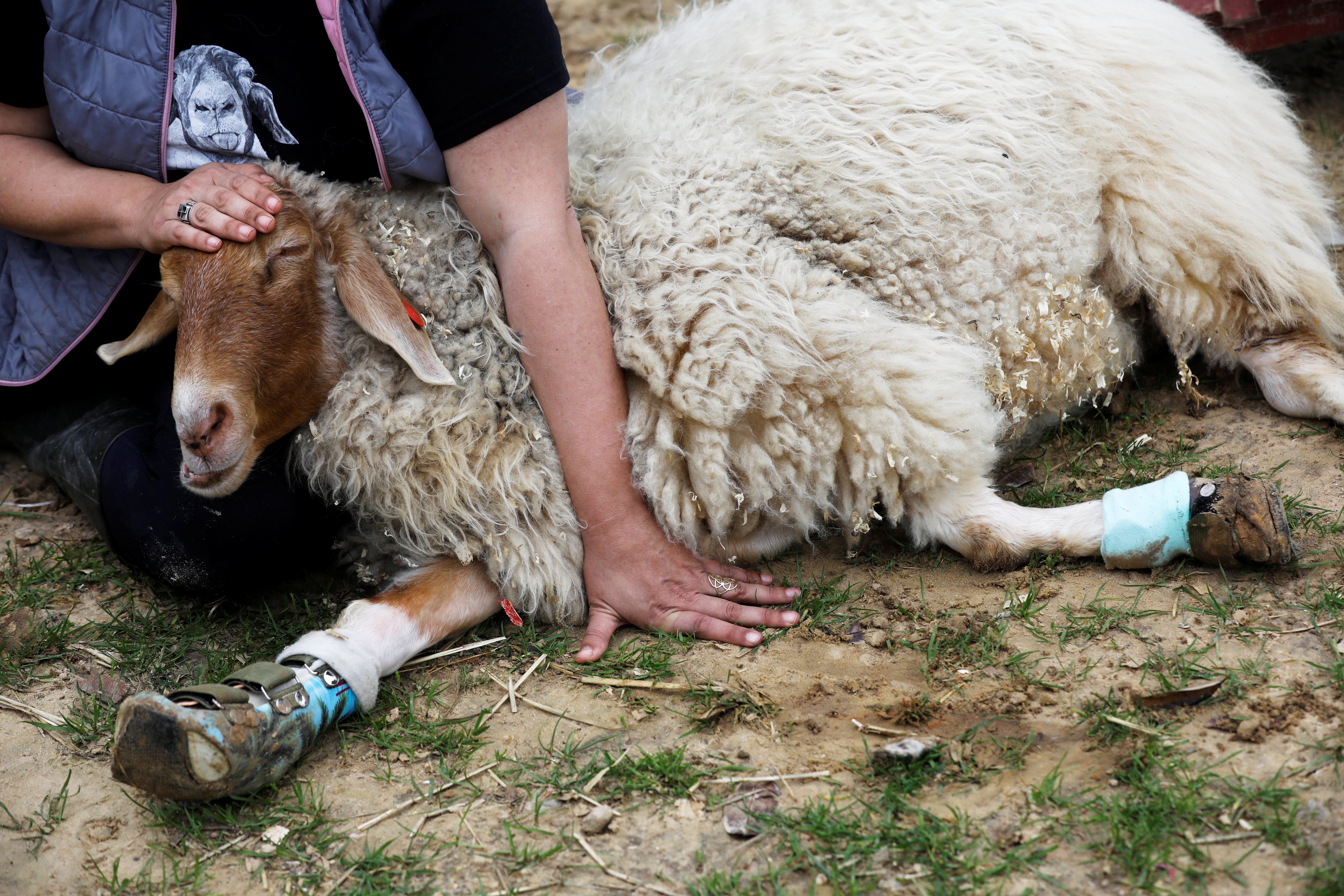 “If you want people to open their hearts toward these animals, we have to bring them close,” Romano said, according to Reuters. (RELATED: Consumer Protection Group Asks Virginia City To Rename Street ‘PETA Kills Ave’)

A five-month-old cow with an amputated leg is the most recent addition to the farm. The cow now has a prosthetic leg allowing it to walk on all fours. 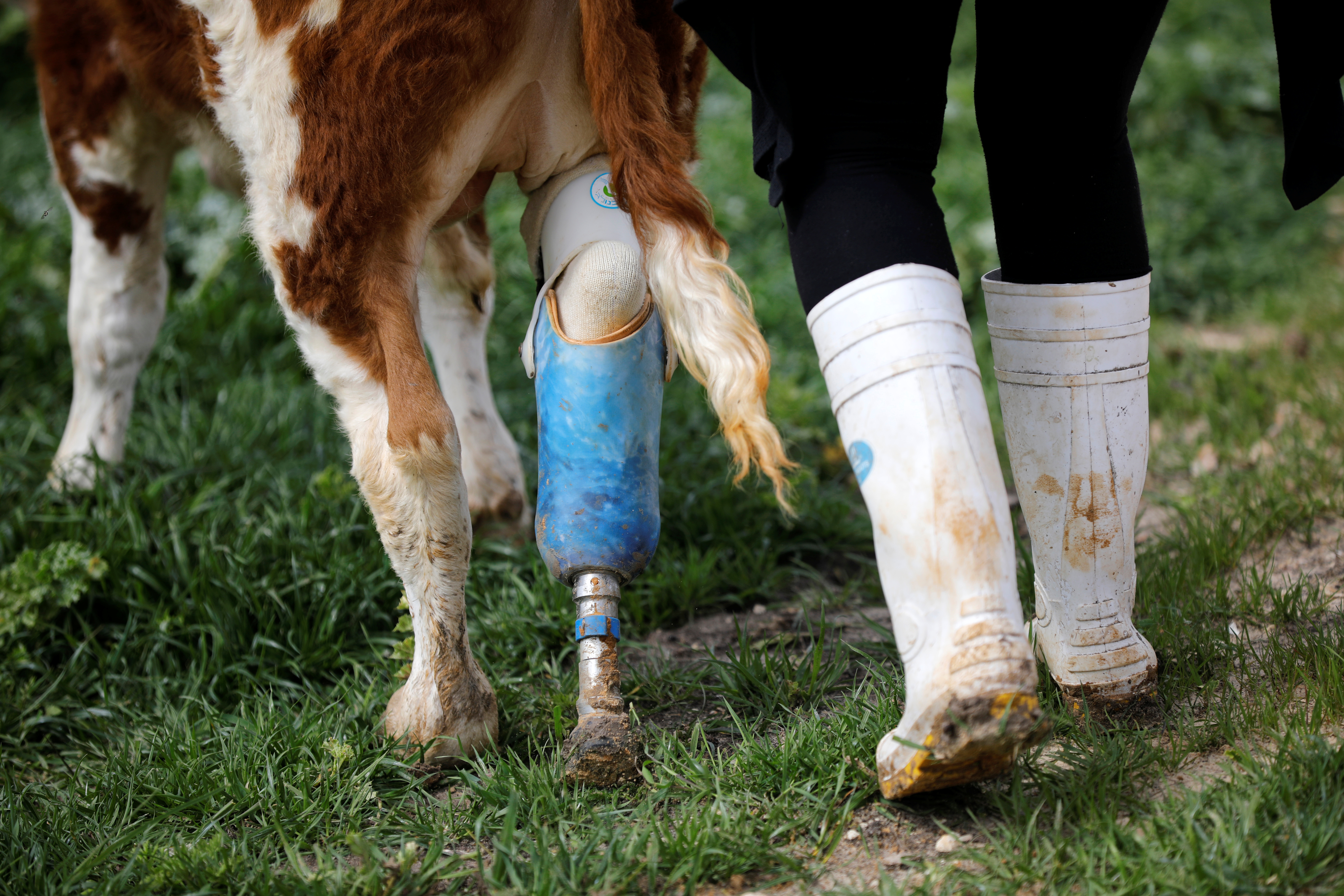 A volunteer walks with Nir, a cow with prosthetic leg at “Freedom Farm” which serves as a refuge for mostly disabled animals in Moshav Olesh, Israel March 7, 2019. Picture taken March 7, 2019. REUTERS/Nir Elias

Running the farm costs approximately $1 million a year, according to Reuters. Contributions and volunteers allow the farm to operate.