Yes, there are actually parents who are dumbfounded and confused when their five-year-old children don’t take to wearing fake penises, or tucking their real ones.

A watchdog group called 4thWaveNow is raising awareness online about “the ever-accelerating medical and media fascination with the phenomenon of ‘transgender children.'” This week, the group released screenshots from a private Facebook group called Parents of Transgender Children, which expose multiple conversations surrounding the practices of “packing“ and “tucking“ for supposedly transgender children as young as five years old.

Some conversations involve parents expressing confusion at their child’s lack of interest in prosthetic penises.

“My kid doesn’t seem that miffed about not having a penis, which frankly throws me off a bit,” one reads.

Others simply ask for recommendations for the best “age appropriate” fake penises for their young children, as well as for “stand-to-pee” (STP) devices.

“The peeing upright is more important than the bulge for my [six]-year-old,” reads another.

The online store Tranzwear seems to be a fan-favorite for those in search of fake child penises, offering products such as a “semi-erect“ unit for children “under [five years old],” as well as an item called “Best Boy Bump for the little guys“ which is “made especially for the younger kids.”  In case you and your child find all these products and methods overwhelming, plenty of information on “packing” for youth is available on YouTube. 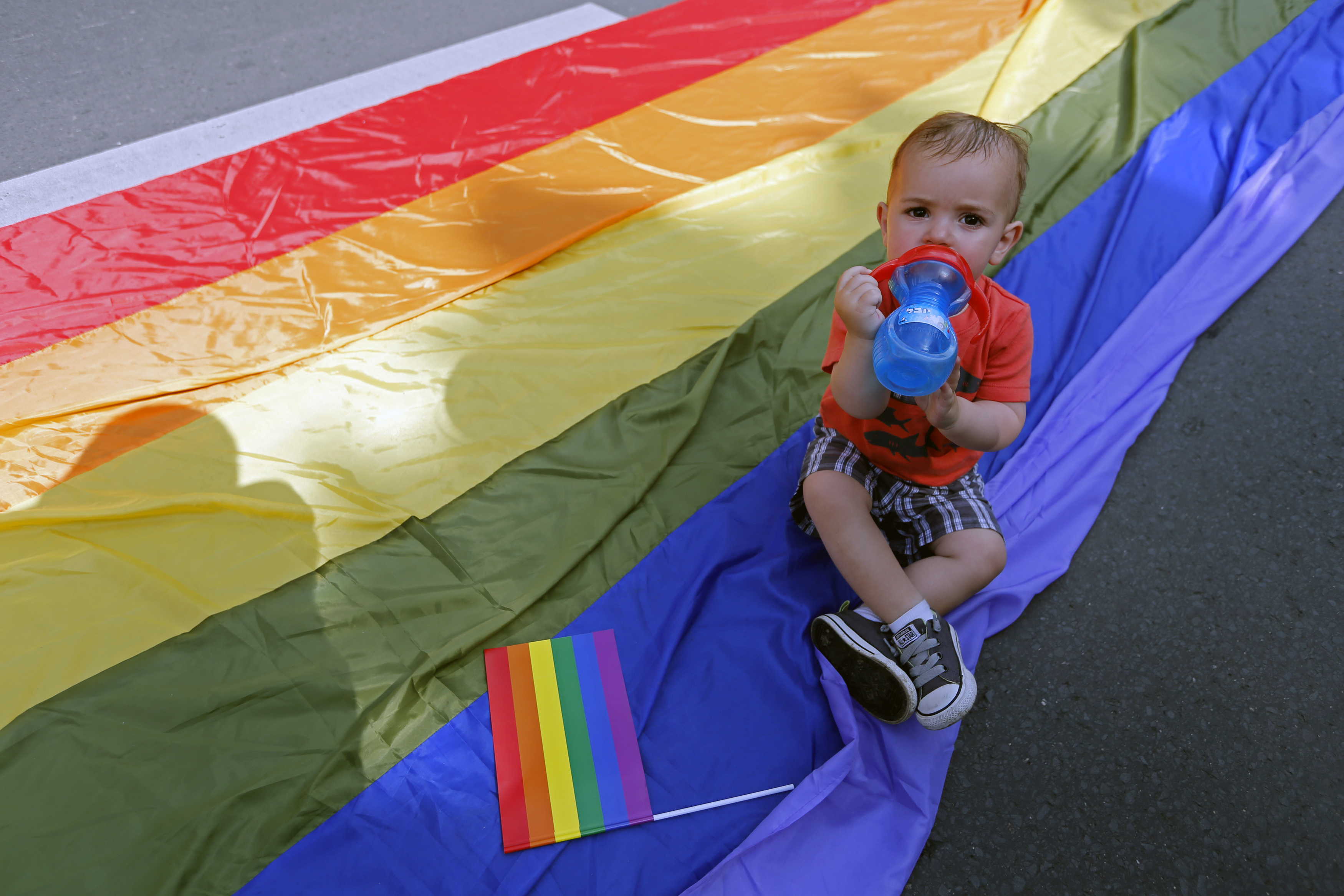 Parents who believe their children to be a male-to-female transgender have the opposite problem, sharing tips and recommendations of products meant to help male children “tuck” to appear or feel more female. Many members mention Etsy stores by the names of Tuck Buddies and Leolines, both of which sell handmade feminine looking underwear with extra lining to help conceal the bulge of the male anatomy. Leolines also offers chest binders meant to flatten breasts in “teen to adult” sizes.

Parents of Transgender Children has more than 8,000 members, and is just one of many closed facebook groups geared toward “gender affirming” parents, most of which claim to extensively screen individuals who wish to join in order to ensure they are friendly to the cause. The group appears to have strict rules banning screenshots or sharing posts in any way with outsiders.

Communities like this are not just confined to Facebook. The social media and blogging site Tumblr is particularly full of conversations that focus on apparently transgender five-year-olds and mothers concerned that involving a psychologist in the gender transition of an eight-year-old would make the process “seem less natural than it is.”

Separate websites such as TransPulse.com also have specific forums for parents of transgender children, and while many of the discussions focus on parents whose children have “come out” to them as transgender, others focus on trying to determine the gender identity of children as young as two. (“My [two-and-a-half-year-old] daughter has been saying on-and-off  for [five] months that she’s a Boy,” one post reads.)

A recent post in a subreddit called “r/Transparents,” catering to both “transgendered parents or parents of trans people,” asks other parents how to win a custody battle with a “non-affirming parent” in order to “continue to have her son work with a gender-affirming therapist and help him get started on T.”

4thWaveNow was started by a mom, who describes herself as “left-leaning,” after her teenage daughter “suddenly announced she was a ‘trans man’ after a few weeks of total immersion in YouTube transition vlogs and other trans-oriented social media.” (RELATED: Record Number Of Children Identifying As Transgender In U.K.)

“Online, I have been accused of being ‘unsupportive,’ even abusive, simply for daring to question whether lifelong medical treatment – injections and plastic surgeries – is the answer for every young person who has gender dysphoria,” the group’s founder explains. “In my world, caring about, listening to, and lovingly parenting a child or young adult is not necessarily a synonym for unexamined ‘support’ for everything the child says or wants. In fact, one of the main jobs in parenting a teen is, not coercion, but the offering of alternatives; discussing, and sometimes disagreeing.”