Italy’s Justice Ministry will investigate a court’s 2017 ruling acquitting two men of rape convictions after it found the victim was too ugly to be a credible witness.

The Ministry of Justice ordered a preliminary inquiry as well as a retrial of the case, The Associated Press reported Wednesday. Italy’s high court, the Court of Cassation, will disclose its reasons for ordering a retrial in April.

The ministry’s announcement comes after the Ancona appeals court, made up of three women, acquitted two Peruvian men who were convicted of raping a woman in Italy’s city of Ancona in 2015. The court determined the victim was not a reliable witness, in part because the rapists “didn’t find her attractive, she was too masculine,” according to the court’s decision.

Cellphone records show one of the men describing the victim as masculine. She was listed as “Viking” in his contacts, the AP reported.

The men allegedly knew the woman, who is also Peruvian and was 20 at the time of the rape. They were found guilty and sentenced to prison in 2016.

The victim was drugged the night of the rape, according to the woman’s lawyer Cinzia Molinaro. Doctors found traces of “date rape” drug in her blood, Molinaro said. The rape also caused severe genital trauma that required stitches, Molinaro said.

“It’s a sentence that has shocked us, I was astonished when reading the motivation,” Molinaro told CNN. Molinaro called the decision “absolute unacceptability.” (RELATED: Whoopi Goldberg Says Actresses Used Sex With Ugly Men To Get Ahead)

Molinaro’s appeal to the Court of Cassation prompted the investigation and retrial. The appeal contests a number of procedural issues, including the women’s beauty status, regarding the Ancona acquittal of the convicted men, according to the AP. 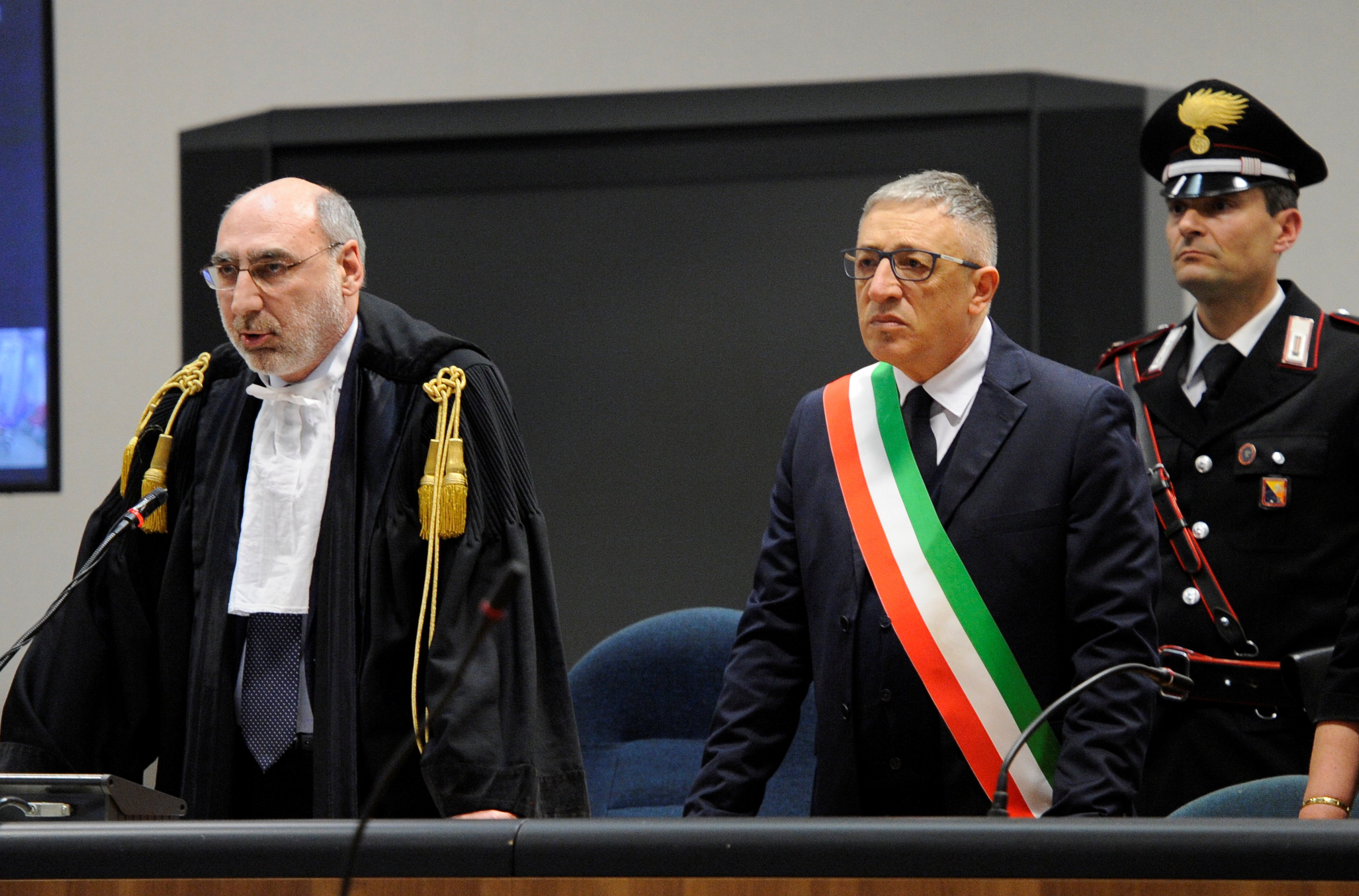 The president of the court Alfredo Montalto (L) reads the sentence, at the end of a historic mafia case in which mob bosses and former high-ranking state officials were convicted of holding secret negotiations in the early 1990s, in Palermo, Italy, April 20, 2018. REUTERS/Guglielmo Mangiapane

The court’s 2017 decision was not made public until the Court of Cassation annulled the decision on March 5. Outrage erupted shortly thereafter, and the Ancona court saw dozens of protesters carrying signs reading, “Stop justifying male violence on women,” according to CNN.

A flash mob also took place outside the court Monday.