The Department of Defense (DOD) released guidelines Wednesday for its new policy on transgender service members, which indicates that people suffering from gender dysphoria require a waiver to serve.

President Donald Trump announced last March that most transgender troops would be disqualified from service. The decision was based on a study that concluded there are “substantial risks” associated with allowing individuals with a history of gender dysphoria to serve in the military. (RELATED: Trump Issues New Ban On Most Transgender Troops)

After a series of court challenges, a federal judge ruled last week that the administration could move forward with the partial ban. 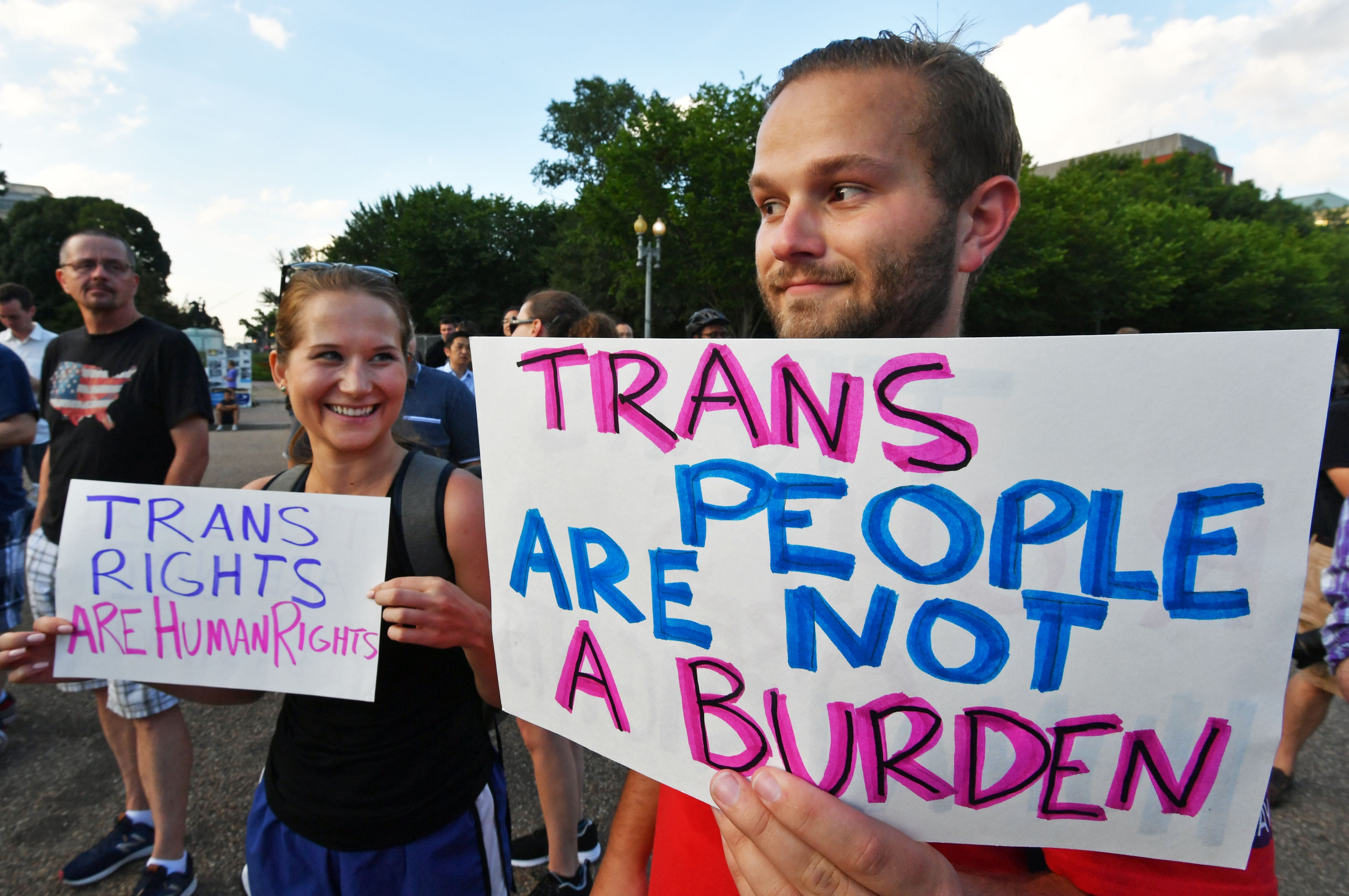 Protesters gather in front of the White House on July 26, 2017, in Washington, DC.
Trump announced on July 26 that transgender people may not serve “in any capacity” in the US military, citing the “tremendous medical costs and disruption” their presence would cause. (Photo by PAUL J. RICHARDS/AFP/Getty Images)

The DOD pushes back on characterizations of the new policy as a “ban” in its guidelines, explaining, “all persons, whether or not they are transgender, must meet all military standards, including the standards associated with their biological sex. Waivers or exceptions to these standards may be granted on a case-by-case basis.”

The Pentagon will require transgender individuals to obtain a waiver for service, noting that gender dysphoria is a “serious medical condition.” The policy explains that reassignment surgery may affect an individual’s ability to meet the military standards of their biological sex.

“Persons with a history of gender dysphoria — a serious medical condition — and who have undergone certain medical treatment for gender dysphoria, such as cross-sex hormone therapy or sex reassignment surgery, or are unwilling or unable to meet the standards associated with their biological sex, could adversely impact unit readiness and combat effectiveness. For this reason, such persons are presumptively disqualified for service without a waiver.”

In fact, under the guidelines, all transgender individuals will have to adhere to the standards of their biological sex, regardless if they have undergone a gender transition or been diagnosed with gender dysphoria.

“Except for those who are exempt from the 2018 policy, all service members, regardless of their gender identity, must adhere to the standards associated with their biological sex,” the Pentagon states. “These sex-based standards — such as physical fitness and body fat standards — are based on male and female physiology, not gender identity.”

The DOD policy also does not retroactively apply to transgender individuals serving in the military prior to its enactment in 2018.