At least eight children have died as a building that contained a school collapsed Wednesday morning in Nigeria, according to BBC.

Housing about 100 children in a private school on the top floor, the three-story building in Lagos, Nigeria collapsed at around 10:00 a.m. local time. Emergency rescue teams have been working to move debris and metal as more schoolchildren are still believed to be trapped under the rubble.

There has been no word on the total number of casualties or the cause of the collapse. (RELATED: 1$ Billion And 4 Lives Later The Situation In West Africa Is Still Fragile)

Child rescued and carried away through a crowd of people as emergency teams rush to save trapped students at scene of a school building collapse in Lagos, Nigeria. https://t.co/FBrIGsBMHP pic.twitter.com/nkkIvWXffK

“It is believed that many people, including children, are currently trapped in the building,” said Ibrahim Farinloye, the spokesman for the National Emergency Management Agency’s southwest region.

Seven children have been pulled out of the wreckage so far by the emergency team, according to residents of the area.

Photos and video of the rescue scene show hundreds of onlookers crowded around the site of the collapse, which was a residential block containing a lot of apartments. Some “worried” parents arrived at the scene, while others went to the local hospital to look for their children. (RELATED: Islamic Terrorists Slaughter 15 In Nigeria) 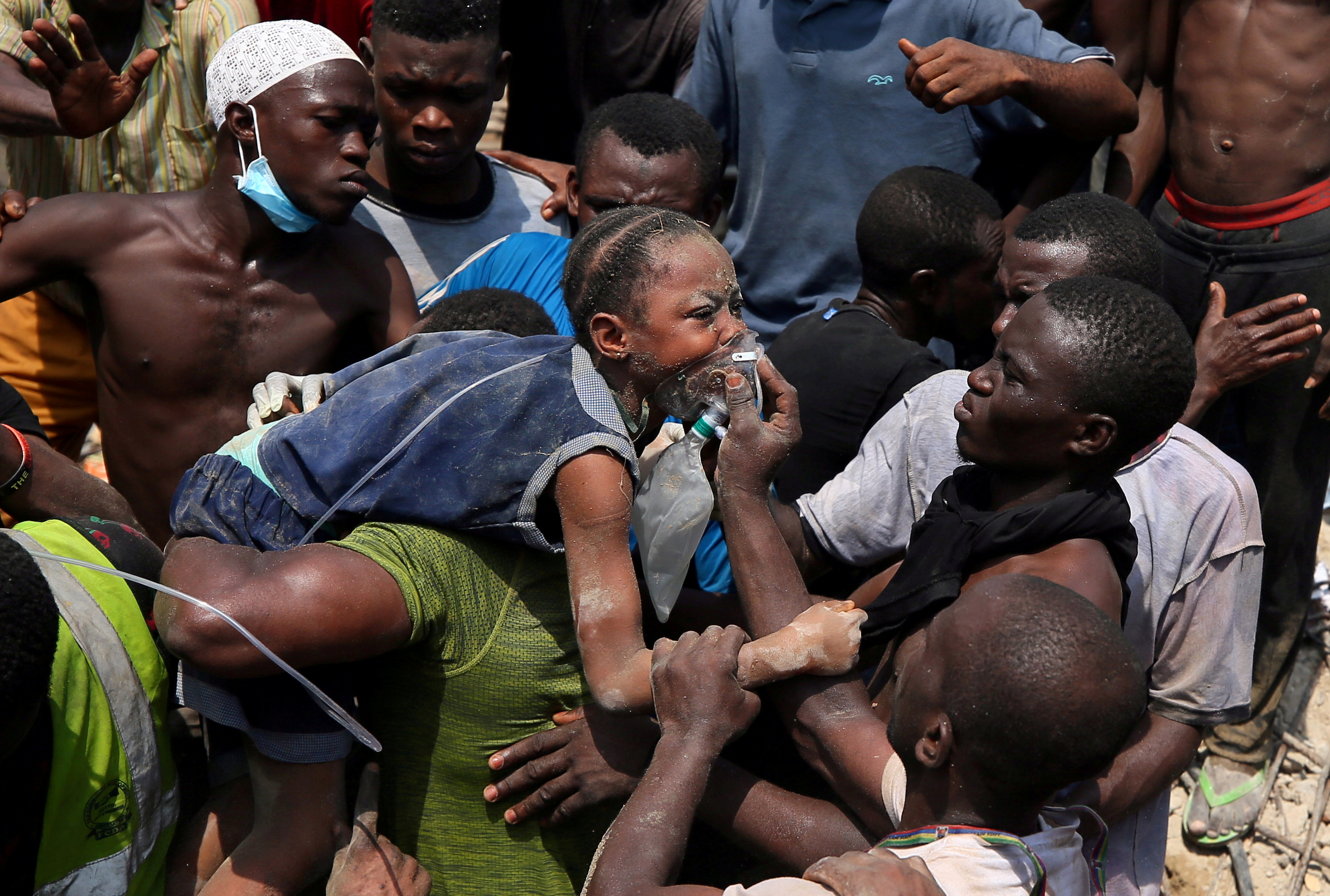 Rescue workers help carry a child at the site of a collapsed building containing a school in Nigeria’s commercial capital of Lagos, Nigeria March 13, 2019. (REUTERS/Afolabi Sotunde)

Unfortunately, the use of sub-standard materials and weak enforcement of regulation checks lead building collapses to be common in Nigeria. In 2016, a crowded church in southern Nigeria collapsed killing more than 150 worshippers. Later in that same year, a five-story building in Lagos collapsed during construction, killing more than 30 people.