Young students across the world plan to skip class on Friday, claiming that they will devote the day to protesting man-made climate change.

Students from more than 70 countries will skip class on Friday, March 15 to demand that their governments take more action on addressing climate change, according to #FridaysForFuture, a youth-led movement that is behind the strike. Tens of thousands of students will reportedly take part in the event.

“We will no longer accept this injustice. We demand justice for all past, current and future victims of the climate crisis, and so we are rising up,” read an open letter that the activists published on the Guardian, claiming they would be protesting on “every continent” on Friday. “Thousands of us have taken to the streets in the past weeks all around the world. Now we will make our voices heard.”

350.org, an international environmental group, is helping bolster the strike with its own promotional video.

Activists are hoping to closely mirror the youth-led March For Our Lives protests in Washington, D.C., which took place nearly a year ago following the fatal Parkland, Florida school shooting, and spark more debate among lawmakers about the dangers of climate change.

Activists in the U.S. are making similar demands that are found in Democratic New York Rep. Alexandria Ocasio-Cortez’s Green New Deal: a swift transition to 100 percent renewable energy, a complete abolition of fossil fuels and other environmental mandates. The group strongly references the United Nations Intergovernmental Panel on Climate Change’s 2018 report, which claims the world only has a few year to dramatically reduce carbon emissions or else face dire environmental consequences. (RELATED: Thousands Of Students Ditch Class To Join Climate Change Protests) 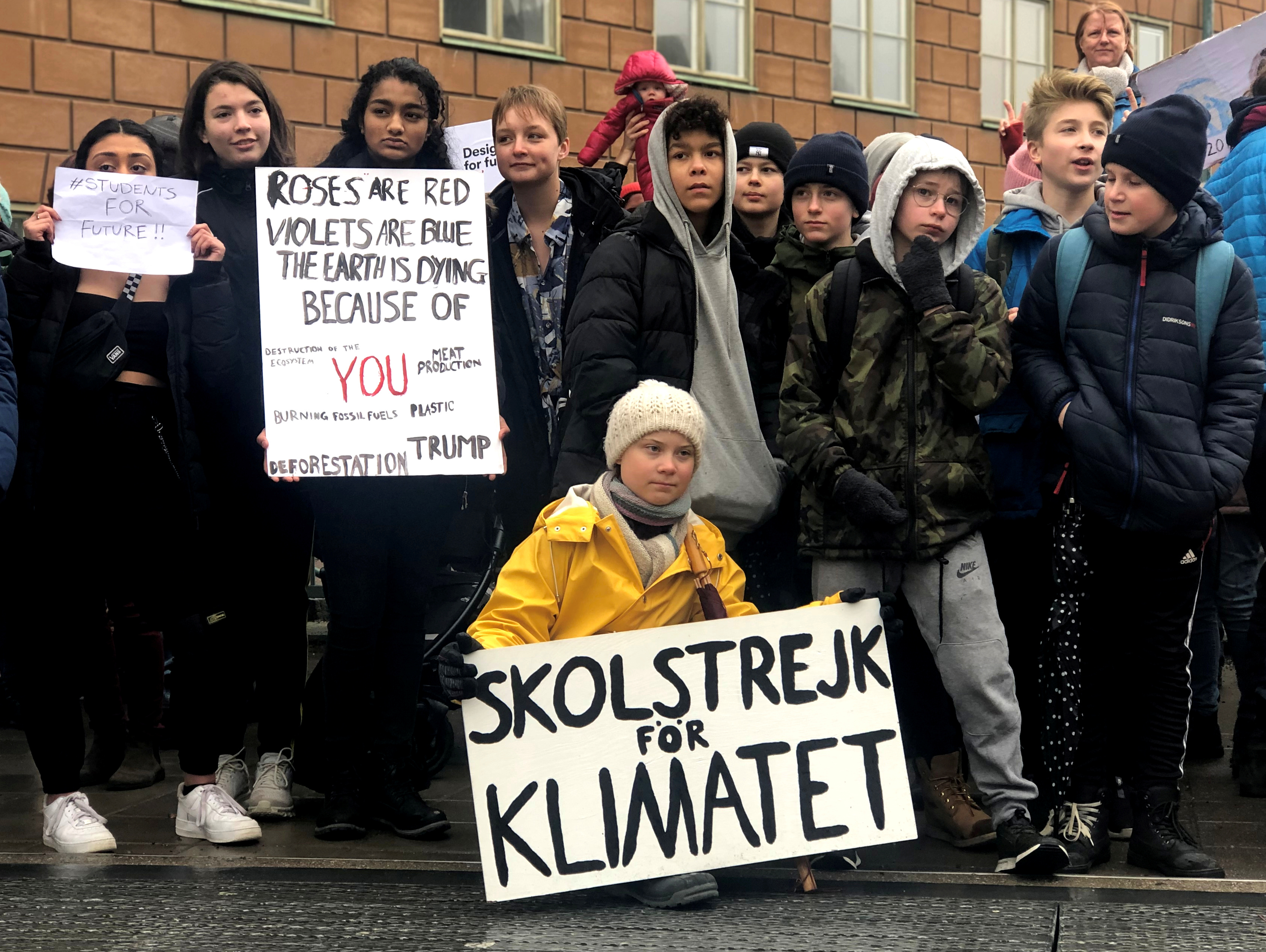 “We have the right to live our dreams and hopes,” the letter continues. “Climate change is already happening. People did die, are dying and will die because of it, but we can and will stop this madness.”

The protesters in Washington, D.C., will enjoy the presence of one well-known adult figure: Minnesota Democratic Rep. Ilhan Omar. The freshman Democrat, who has made national headlines recently for a slew of anti-Semitic remarks, says she will attend the strike along with her 16-year old daughter, Isra Hirsi, an organizer of the protest.