Pilots flying in the U.S. have filed at least five complaints on planes of the same model that crashed in Ethiopia on Sunday, killing all 157 people on board.

Federal records contain at least five official complaints about problems with Boeing 737 MAX 8 model planes popping up in critical moments of flight, such as takeoff when pilots have little room for error so close to the ground, Politico reports. (RELATED: Trump Reacts To Boeing Crash, Questions Modern Aviation)

Several of the complaints involved issues with the plane’s anti-stall system, a computer system designed to force the nose of the plane down to prevent a stall. The system works when the plane’s autopilot system is engaged and can be overridden by the pilot taking back manual control.

The auto-stall system in a MAX plane forced the plane’s nose down within seconds of the autopilot being engaged in November 2018. The plane began a descent steep enough to trigger the plane’s warning system to sound, “Don’t sink, don’t sink!” until the pilot retook control of the aircraft and continued flying normally, according to Politico.

The anti-stall system is thought to have been involved in an October 2018 MAX crash in Indonesia that killed everyone on board. The plane crashed into the ocean 13 minutes after take off. 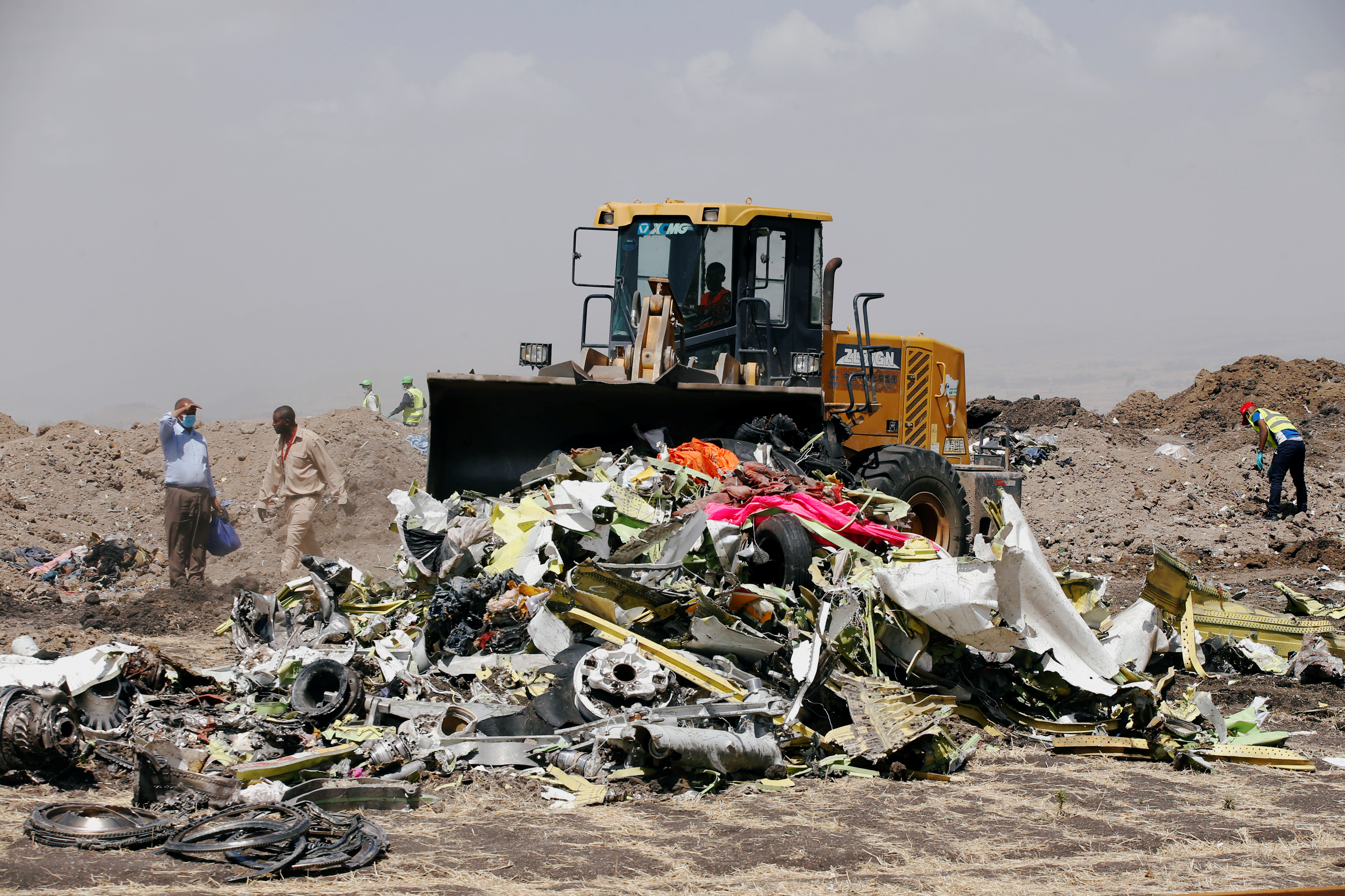 A bulldozer scopes the debris of the Ethiopian Airlines Flight ET 302 plane crash before a commemoration ceremony at the scene of the crash, near the town of Bishoftu, southeast of Addis Ababa, Ethiopia. March 13, 2019. REUTERS/Baz Ratner

No official reason has been given for the more recent plane crash in Ethiopia. The plane took off from Addis Ababa’s Bole Airport at 8:38 a.m. and crashed into a field roughly six minutes later. Locals who witnessed the accident say the plane was shuddering and spewing smoke prior to crashing.

Many countries have reacted to the Ethiopia crash by grounding all Boeing 737 MAX 8 planes. China, India and the European Union have all issued mandatory grounding orders until investigators identify and fix potential systemic problems with model of airliner. The planes remain in use in the U.S.