“This is a defining moment of truth for this country and for every single one of us,” he said in a video announcing his candidacy. “The challenges that we face right now, the interconnected crises in our economy, our democracy and our climate have never been greater.”

O’Rourke was defeated by Republican Sen. Ted Cruz during the 2018 midterm election. However, he gained national attention while campaigning after a constituent asked him if he felt that NFL players kneeling for the national anthem was disrespectful to America’s veterans.

In a now viral interaction, O’Rourke disagreed and commended the demonstration. The response lavished praise from the Hollywood elite, spring-boarding the congressman onto the daytime and late night television circuit.

Speculation of O’Rourke entering the national political arena began to percolate as polls showed the Texas Senate race tightening to a margin of single digits in the weeks before the election.

The three-term congressman consistently maintained that he definitively would not be running for president in 2020. However, only a week after meeting with former President Barack Obama, following his election loss in November, the Texas politician revealed that he had changed his mind and was considering walking back his pledge not to launch a bid for the presidency. 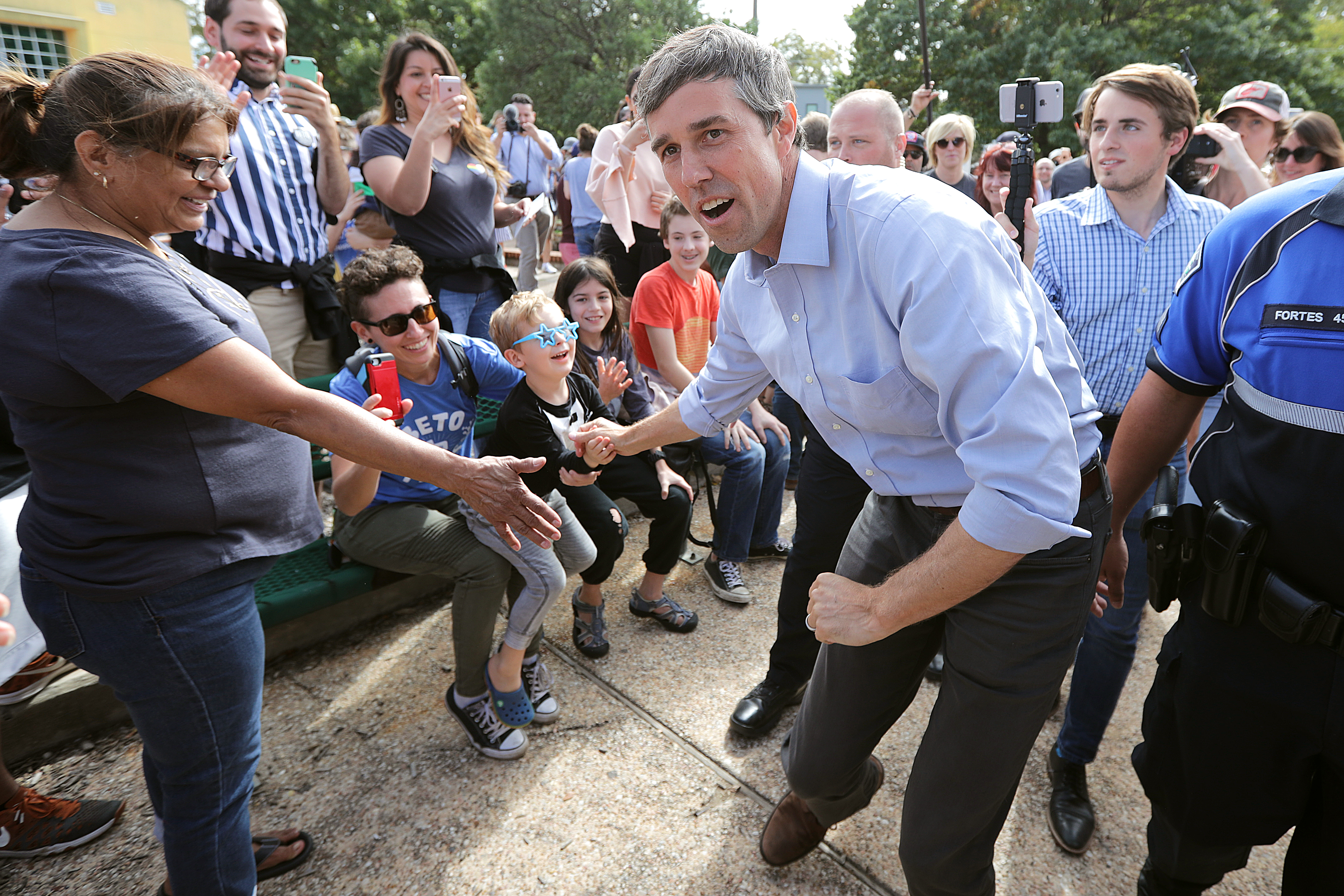 Interestingly, Obama notably left O’Rourke’s name off the list of his endorsements prior to the midterm elections, a move that was seen as strategic in part due to the former president’s unpopularity in the state of Texas. (RELATED: Beto O’Rourke Met With Obama One Week Before Walking Back Commitment Not To Run In 2020)

“Beto is not going to be helped by an Obama endorsement in Texas,” Adam Hodge, a Democratic strategist, said at the time. “Quite frankly, he’s got his own brand in Texas.”

O’Rourke amassed a war chest of cash after donations from around the country began rolling in — accordingly, he received more campaign contributions in one quarter than any Senate candidate in American history. However, he burned through almost all of the record-breaking $80 million he raised while campaigning.

O’Rourke, who continuously trailed Cruz throughout the duration of their campaigns, failed to attain the seat as junior U.S. senator to the state of Texas.