A California horse-racing track announced Thursday a ban on drugs and whips on race days after the 22nd horse died at the track since late December 2018.

Joint injections, shockwave therapy and anabolic steroids are among items facing more restrictions. Whips are only permitted to “be used as a corrective safety measure,” according to the statement.

The announcement comes after a horse, Princess Lili B, broke both legs during training and was euthanized, according to The New York Times.

Investigators are trying to discover the cause of the deaths, so far to no avail. In the meantime, the park is implementing the bans in an attempt to make the track safer. No other track has ever banned whips and drugs on racing day, according to the Stronach Group’s statement.

The park’s owner said the winter’s unusually cold and wet weather could be contributing to the horse fatalities.

“We think that [rain] could definitely contribute even though our experts are telling us not,” Stronach Group COO Tim Ritvo told The Associated Press at the time of the March 5 closure. “The tracks out here are built not for weather like that.”

Experts have not been able to find any major irregularities at the park, The Washington Post reported. 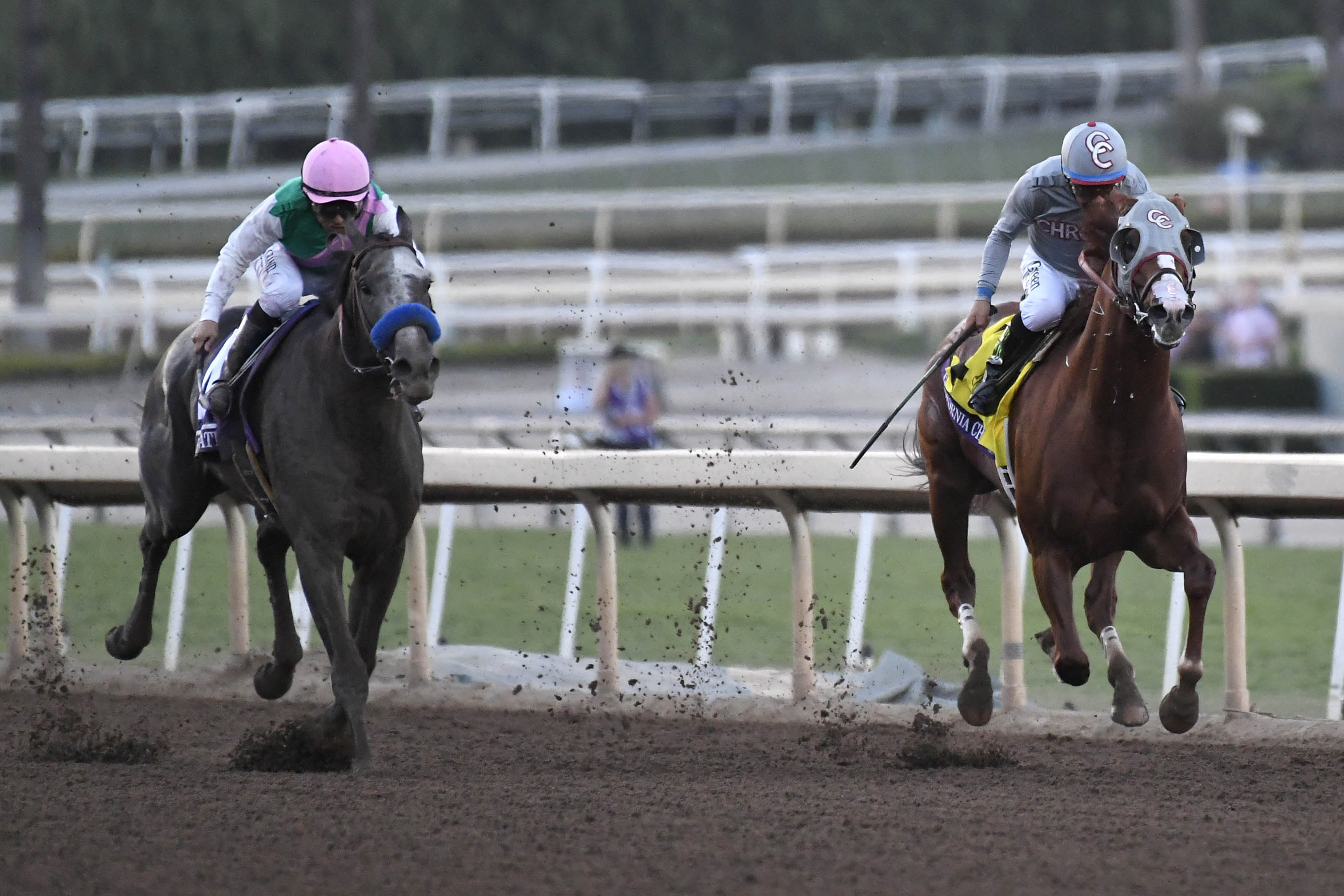 The California Horse Racing Board will holding a meeting on March 21 to assess the situation.

PETA called in a March 2 statement for an investigation to determine if horses were being forced to train through injuries following the 20th horse death. (RELATED: Animal Rights Groups Sue Over Trump’s Plan To Keep Overpopulated Wild Horses From Getting Pregnant)

“[The industry has yet to do everything that can be done to prevent them. That changes today,” the group’s statement concludes.